Megan Tapper caught Nicki Minaj attention after spitting some bars and giving the Trinidadian rapper a major shout out after securing a medal.

Megan Tapper has just achieved greatness for Jamaica in the women’s 110 meters hurdles by securing a bronze medal. The talented athlete garnered even more attention when she celebrated the win by rapping Nicki Minaj‘s “Moment 4 Life.”

Megan Simmonds, aka Megan Tapper (age 27), attended the prestigious St. Andrews High School for Girls, where she excelled in and persevered through track and field, never giving up on her aspirations. On Monday, a photo of her high school yearbook pops up on social media, and Megan’s dreams for herself has finally come true.

“Amb: To be the best hurdler in the world; to become the face of Nike Dest: To be an Olympic champion hurdler,” the image reads. 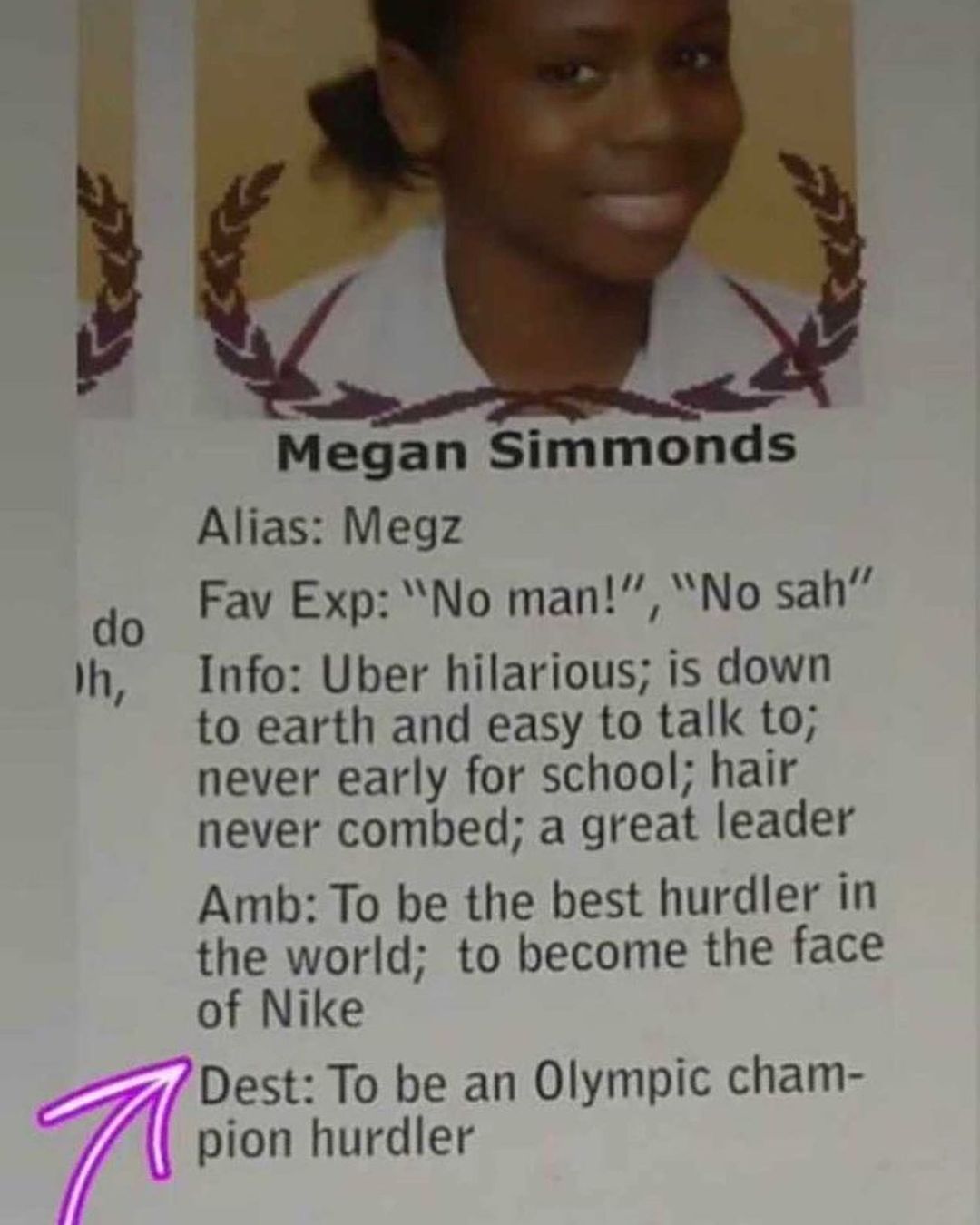 Following the brilliant feat, while giving an interview with TVJ, Megan Tapper, who is being hailed as a “ball of fire,” showcased her bubbling personality and top-tier rap skills.

“Nicki Minaj big up yuself,” she shouted before deejaying, “I fly with the stars, in the skies. I am no longer trying to survive. I believe that life is a prize. But to live, doesn’t mean you’re alive. / In this very moment, I’m king. In this very moment, I slayed Goliath with a sling.This very moment I bring. Put it on everything, that I will retire with the ring. / And I will retire with the crown, yes. No, I’m not lucky, I’m blessed, yes. Clap for the heavyweight champ, me. But I couldn’t do it all alone, we.”

She then broke off into a freestyle as she thanked her coach and all those who contributed to her success.

Well, Nicki sweetened the deal for Megan after fans began tagging her on posts of the interview. Reposting the clip to her Twitter, Nicki captioned it, “Incredible. Wow. Ok Queen. Talent on a billion. Beauty on a trillion.”

Nicki Minaj has been quite vocal about her support for the Jamaican athletes, as she also took her Twitter account following a clean sweep of the women’s 100 meter race. Elaine Thompson-Herah won the gold with a new Olympic record time of 10.61 seconds. Two-time Olympic champion Shelly-Ann Fraser-Pryce took the silver, and Shericka Jackson won the bronze with a personal best of 10.76 seconds.

Nicki Minaj has been receiving some heat as she also took the opportunity to shade Sha’Carri Richardson, and her fellow Trinidadian fans are not loving her die-hard dedication to Jamaica.