Tony Matterhorn could lose his firearm license following a seizure of his gun by Jamaica’s Firearms Licensing Authority (FLA).

The decades-long feud between veteran sound system selector Tony Matterhorn and dancehall legend Bounty Killer has escalated once again. The disc jockey, who is also a dancehall artist, is being investigated by Jamaica’s Firearms Licensing Authority (FLA) after branding a weapon on Instagram recently amid his feud with Killer.

The investigation was initiated after Matterhorn reportedly made more online threats to Bounty Killer, which have been viewed as extremely serious. As a consequence of the investigation, his firearm was seized by the FLA pending the results of the probe.

Earlier this month, Tony Matterhorn took to Instagram to explain his feud with Bounty Killer and to let fans know that he has still not forgiven the deejay for disparaging his name. According to him, the entire feud was started because of a woman.

“Tell the people dem why you an Matterhorn nuh bl**dcl**t gree, because of a gyal weh mi never f**k,” Matterhorn said. 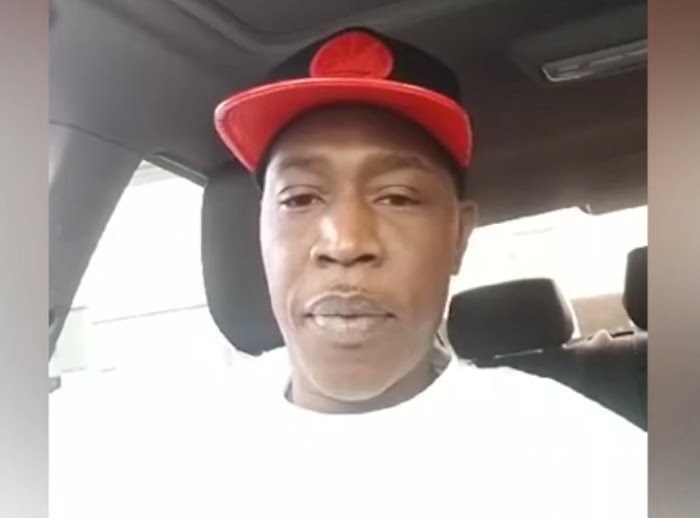 A heated Matterhorn added, “You hate Matterhorn fi a gyal weh me never f*ck, a gyal weh a my friend…mi swear pon di bl**dcl**t Bible…You meet a bl**dcl**t gyal pon internet weh a my fren an yuh start look di gyal and di gyal tell yuh say me and her we mad cool and you hated me for that, because yuh feel mi f*ck di gyal.”

It seems the feud was reignited because of comments that Bounty Killer made on Fat Joe’s Instagram Live. According to Killer, the long-standing feud came about because of a betrayal in the early 2000s. Matterhorn even claimed that he was the writer behind many of the Grung Godzilla’s diss tracks against Beenie Man.

It seems at some point the “Dutty Wine” singer, whose real name is Duffton Anthony Taylor, once again took to social media and this time issued serious threats against Bounty Killer, which resulted in the FLA stepping in. The Jamaica Observer spoke with Oshin Levy, the corporate communications officer of the FLA, who confirmed that action had been taken against Matterhorn.

“Yes we are currently doing an investigation and, as the regulatory body regulating firearm usage, it is our duty to ensure that a licence firearm holder is fit and proper to possess a firearm,” Levy said.

She also referred to Section 29 of the Firearms Act, which extensively deals with how a firearm holder is expected to conduct his/herself.

“Section 29 speaks to the considerations of being granted a licence to carry a firearm, specifically temperament and mental fitness,” she explained.

Levy also took the opportunity to issue a stern warning to license firearm holders who do not know how to conduct themselves.

“As an entity, we are watching, and sending a message to holders, encouraging persons to be responsible, not only in terms of keeping and care but to be careful how you express yourself in the public space, as it may have implications,” she added. Levy also said that the team usually monitors social media and considers all reports.

“Once we receive a report, we will most likely check into the matter and ensure it is not something that is taken further. Once an investigation is done and is complete, there will be a further decision based on what we unearthed and the outcome will be related to Mr Taylor,” she continued.

Matterhorn will undoubtedly be paying attention to the decision since, depending on the outcome of the investigation, he could lose his license to carry firearms which has happened to numerous entertainers in the past. We’ll be sure to keep you updated as more information comes to light.