DJ Khaled’s new album Khaled Khaled is finally here, and the rich, authentic sound of Jamaica is flowing abundantly through the voices of Bounty Killer, Buju Banton, Capleton, and a clever Barrington Levy sample for the track “Where You Come From.”

Levy’s 1985 release “Under Mi Sensi” provides the base for the other Jamaican stalwarts to bless the track with their words of upliftment and power. Levy’s original track was all about fighting against the oppressive forces which hit out against the medicinal herb marijuana. The BBC trio [Bounty, Buju, Capleton] are also known for hitting back at the system, something Buju Banton continues to do to this day through his public lashings of the Jamaican government.

Instead of dedicated verse placements, DJ Khaled ensures his production runs like a fine-tuned wrestle mania showdown, as each entertainer is tagged into the ring to show just what they can do.

Buju Banton and Barrington Levy drop a few lines for the intro/chorus before Capleton handles the first verse. 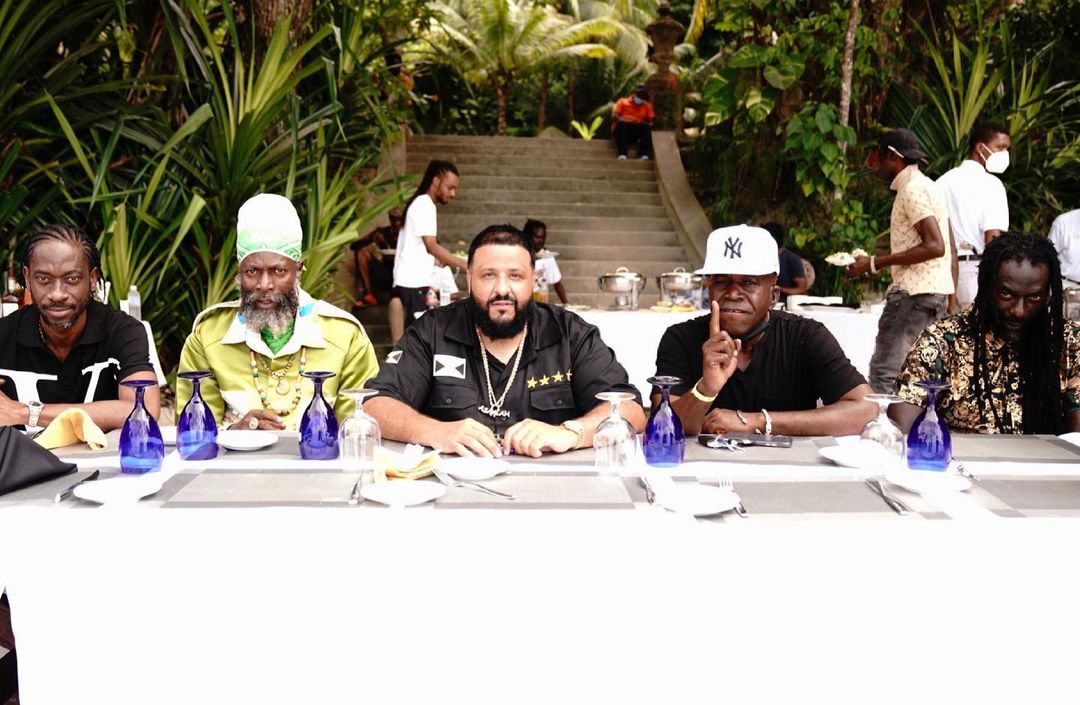 “No pass your place and no cross the lin / And no ask me where me from, ’cause me no hard fi find / And the nation where stand up at the cost fi mine / Right now me a go roll up another spliff, it just pass me mind / Lowe the music, lowe the weed, a poverty cause the crime,” the fireman chants.

The Poor People Governor Bounty Killer is a bit more abrasive than the rest in how he wants to take on the “revolution,” however, the desired outcome is pretty similar.

He deejays, “Premier League, we have the Arsenal fi fight the revolutionary battle / ’cause only the bottle them fi pour / The youths them fi rich, equal rights empowerment / Tell them fi leave the sun fi shine / or black rain will shower them.”

DJ Khaled journey to Jamaica a few weeks ago with his family to capture visuals for what is now his 12th studio album. Fans are already calling for a music video for this joint. However, it’s unclear if this release will be blessed with one. The music video for “Sorry Not Sorry” by JAY-Z and James Fauntleroy, with harmonies from The Hive, is the only visual to be released so far.

You can check out “Where You Come From” below.