Michael Williams, one of R. Kelly’s associates who was charged with arson after he set fire to a car belonging to Kelly’s ex-girlfriend who is testifying in the case, pleaded guilty when he appeared in court on Monday.

Williams, who is said to be a relative of Kelly’s former publicist, is facing a minimum of five years imprisonment when his sentencing comes up in October. In June 2020, the car of Kelly’s ex-girlfriend Azriel Clary was torched and badly burnt. Nobody was in the car or hurt from the incident. Clary claims that it was all an intimidation tactic for being an accuser in the rape trial of R. Kelly.

Clary, who went to live with the singer when she was 17 years old, says that she was sexually and physically abused by the R&B singer, whose real name is Robert Sylvester Kelly. On social media, Clary had posted a photo of the badly burnt car and said that she was lucky to be alive since she believed that Williams intended to kill her and her family.

“So this is me at my lowest…someone not only set my car on fire at 3 am but they also made a gas line around my entire house, with intentions to burn my entire home down,” she said. “it was something that was premeditated, but the fact that someone would go to that extreme to harm me is sickening,” she said. 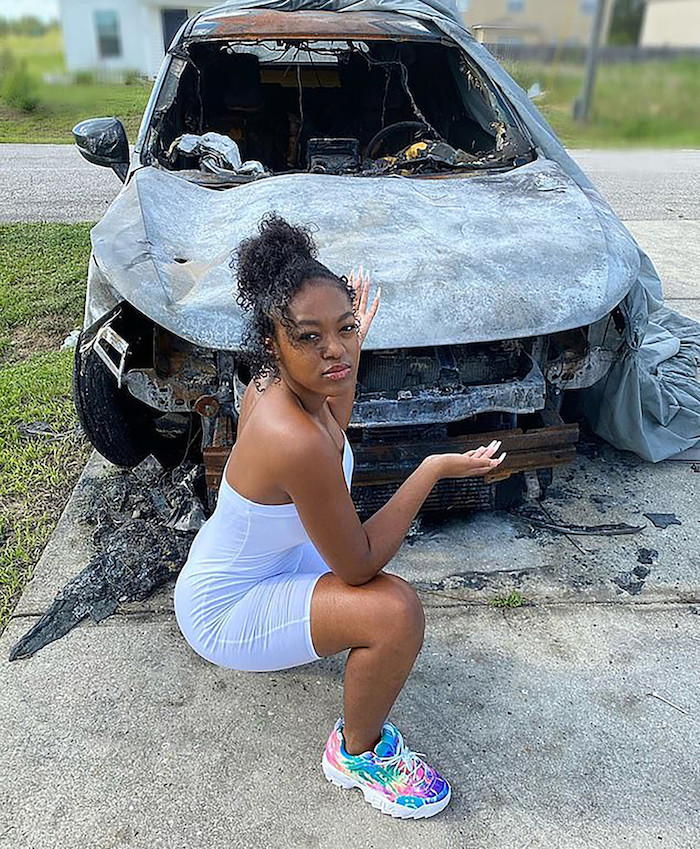 Williams, who took a plea deal for a reduced sentence, was charged with one count of arson. A witness tampering charge was dropped as part of the deal.

Williams was arrested as a suspect after police found records from Google that he had looked up Clary’s address in Florida using a Google search right before the arson attack. On Monday, at a court hearing in New York before pleading guilty, he said, “I drove from my house in Kissimee, Florida and deliberately set a car on fire in someone’s driveway.”

Police say along with the Google data, they also found surveillance footage of his car without license plates driving from the area as well as found cell phone records of his phone connecting to cell towers around Clary’s home location. They also found searches asking, “can you drive in Florida without a tag” and later his YouTube history, which included videos on witness intimidation and a website, “How Do Fertilizer Bombs Work,” all being the key pieces of evidence against Williams, 38.