American rapper Quavo is celebrating his 30th birthday today, and his friend Jacquees sure he rang in the day in style.

The “You” singer delivered a powerful rendition of the happy birthday song at what appeared to be a small birthday party. Migos, which include Quavo, his cousin Offset, and his nephew Takeoff, allegedly grew up together with Jacquees, even though the group and the R&B singer does not share any family relations. A few years fans began comparing Jacquees to Quavo. “Hold up….so Jacquees and Quavo not the same person??” One fan questioned.

A clip from the birthday moment has been circulating on social media.

It has been a bittersweet birthday for the rapper after the tumultuous week the rapper has been having. Along with Saweetie and Quavo calling it quits, police have now launched an investigation into the incidents surrounding a scuffle the two had in an elevator.

The LAPD is now investigating the matter to find out what went down before and after what is captured in the footage. They said it might be a case of domestic abuse but noted that both rappers could be wrong.

However, this squabble did not seem as important to fans who were mostly focused on Takeoff’s reaction in the video from the recently held event. “Takeoff look lie he’s at the best church service ever,” one person commented. “Takeoff going through something,” wrote another. 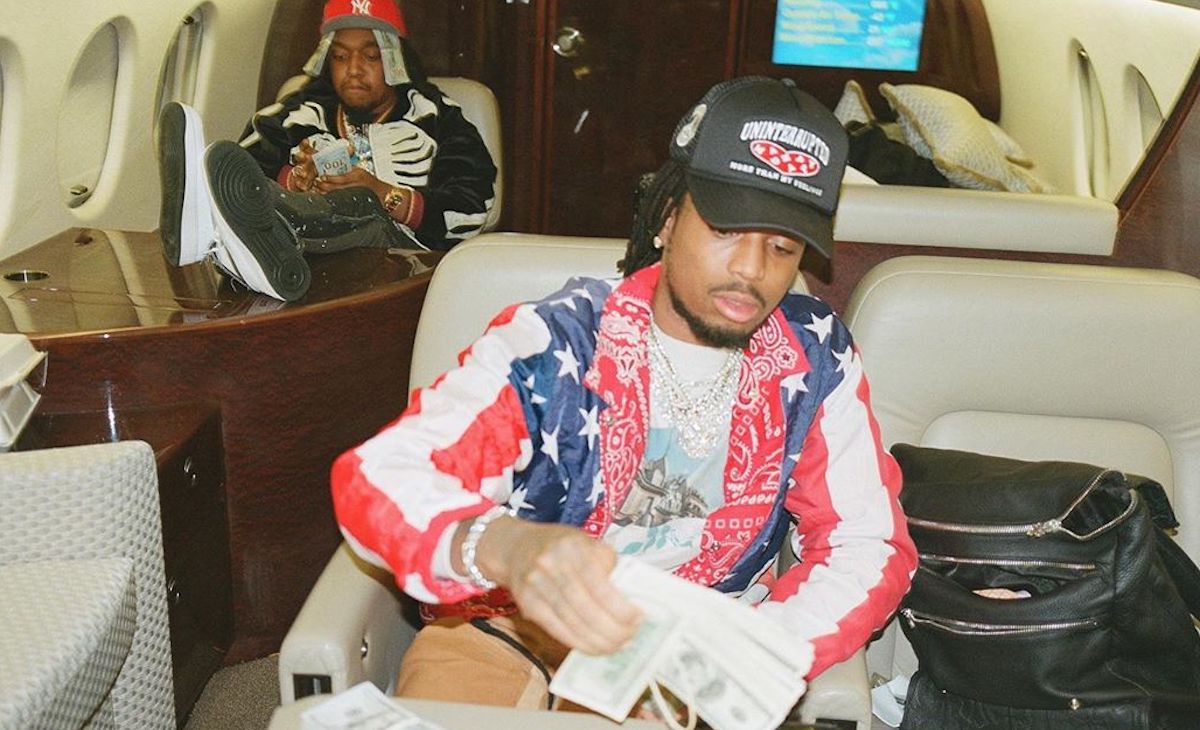 The venue was relatively empty, which left fans to speculate that this is either because of the coronavirus pandemic or that Quavo was just keeping his celebrations at a minimum this year.