Lil Uzi Vert is fending off accusations that he is a culture appropriator after fans took to social media to react to his latest gimmick of having a diamond reportedly valued at $24 million “implanted” into his forehead in the center.

Lil Uzi Vert made headlines last week as the photos showing him with the precious rock in his sore and bleeding skin went viral online. He defended comments that said the implanting of the precious stone was cultural appropriation since it resembles some parts of Indian culture.

Uzi quote tweeted photos which were taken from an Indian television series called ‘Mahabharat’ the following: “I’m just an average dude.” The accompanying photos showed men and women whose faces are decorated with what is called a “bindi.”

A person on his thread responded, “where r all the people saying cultural appropriation? I guess it doesn’t matter when it’s Asian cultures,” she said. 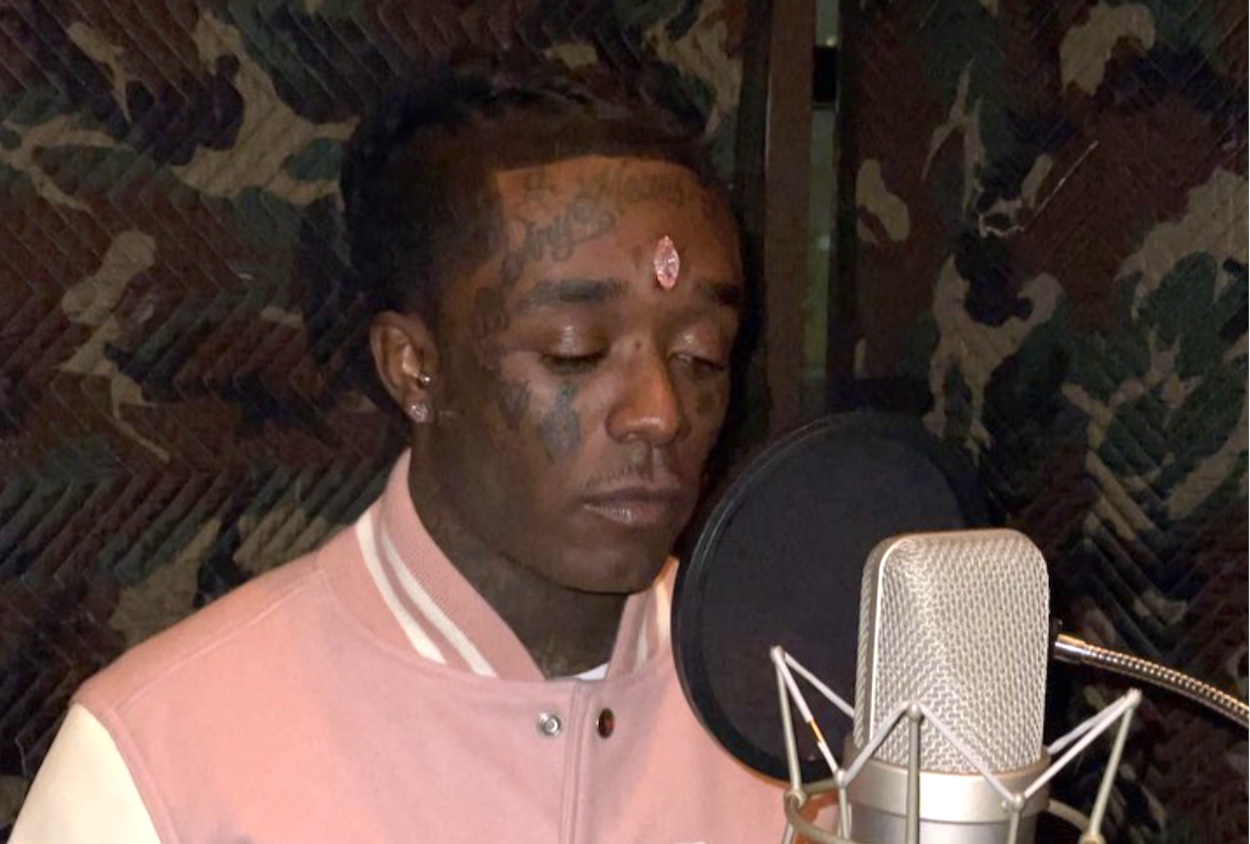 A firestorm of responses dragging Uzi accused him of committing the grave offense of cultural appropriation, which is basically copying aspects of a culture without acknowledging the cultural significance or background of practice and also claiming to have invented said practice.

Lil Uzi Vert defended himself against the claim saying, “Hey glad to see you sharing your thoughts and knowledge. But I’m not mimicking anything I know about a lot and love different forms of art… do you even know where the images is from? Honestly, I love y’all [red heart emoji].”

Despite his attempt at clearing things up, there were mixed reactions to the rapper’s posts. In the first instance, it seems that Uzi shared the photos to normalize his new diamond in forehead look as he shared others wearing forehead bindis. One fan said, “Uzi really said ‘guys it’s not weird, it’s just cultural appropriation’.”

In some Asian cultures, the forehead decoration is called a bindi, and the wearing of the bindi has nothing to do with fashion. There is actually a very deep meaning behind it that not many people take the time to learn and understand. The bindi is symbolic of the “third eye” or Ajna chakra- an esoteric concept of an invisible eye –which is in the middle of the forehead and center of the brows.

The chakras, according to Hinduism, have areas of concentrated energy, and there are seven chakras that run along the center of the body (picture the points sitting along the spine from top to bottom). The importance of the third eye is it is considered the eye of intuition and intellect, and when something is seen in the mind’s eye or in a dream, it is also seen by the Ajna. The bindi’s purpose is to enhance the powers of the chakra by one’s ability to access inner wisdom and allowing the one wearing the bindi to see the world in a truthful, unbiased manner while forsaking ego and false labels.

The concept of the chakras has been adopted in Western cultures as many delve into meditation and yoga, often re-branding it in a way that makes it trendy, which has led to the owners of the culture to criticize the commercialization of this ancient way of life and healing by westerners.

Many Hollywood celebrities have been seen wearing bindis, including the likes of Vanessa Hudgens, Gwen Stefani, Selena Gomez, who wore them as a fashion accessory that drew cultural appropriation criticisms. However, many Indians tend to be happy when they see outsiders embrace Indian culture. However, many urge that acknowledging the importance of the Bindi is far more respectful than just using something as important to the culture to be just a fashion statement.

Meanwhile, a few of Uzi’s fans alluded to his having in his bio that he is Asian on the inside and that he is inspired by Asian culture. We know he loves Manga and Japanese culture, but it seems that Lil Uzi Vert is far more culturally immersed and exposed than his followers.

now see I know Indians not about to be like omg cultural appreciation because they're probably gassed af uzi admires their culture we're the only ones gate keeping shit https://t.co/yJhEEabnki

All these people talking about Uzi, Lil B, and Sauce Walka. How about the Indians who’ve BEEN wearing bindis since forever? Talk about cultural appropriation. Lol. ?????

@aleynaghani5 is this uzi admitting to cultural appropriation :

As Desi i think it's time to hold lil uzi accountable for cultural appropriation pic.twitter.com/F6J7JI9ofV