Ari Fletcher confirmed that she and Moneybagg Yo are back together and he got a new toy to prove it.

The relationship between rapper Moneybagg Yo and Ari Fletcher is proving harder to track by the days, as Ari purchases a brand new 2021 Jeep Grand Cherokee Trackhawk 4×4 for her beau, days after confirming that the rapper was single. The purchase is a celebratory gift for all the work Moneybagg has been putting into over the years. The move is quite understandable since the rapper had an extraordinary 2020, which was aided by the release of his third studio album, Time Served.

Along with the deluxe for that project, he also dropped a collaborative mixtape with Blac Youngsta titled Code Red. Just a day ago, he released the visuals for “Time Today,” in which the Memphis rapper was transformed into the character of “William” from the hit tv show Girlfriends. There have been a lot of positive comments heading the rapper’s way since the music video dropped. Many of those comments were shared to his Twitter account, yet none was seen from his number one supporter Ari. 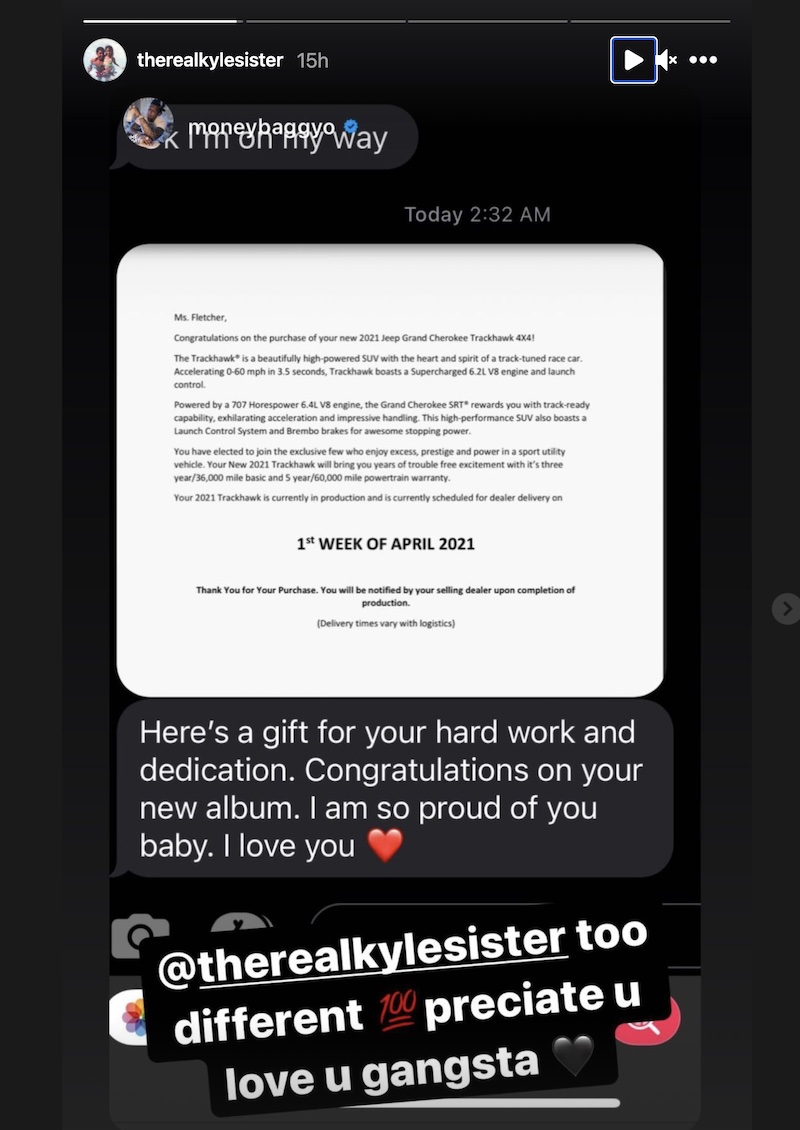 It became clear that she had bigger plans when Moneybagg Yo shared an image of a purchase order for a 2021 Jeep Cherokee. The company has not yet completed production of the new Trackhawk line, which means that the rapper won’t be able to test out the 707 horsepower 6.2L V8 engine until the 1st week of April. Ari Fletcher also gifted the rapper a Mercedes Benz Maybach for his 29th birthday last year. Earlier in the year, Yo purchased matching Lamborghini Urus trucks for Ari and her 2-year-old son, John Santana.

Yet, many are questioning just why Ari jumped for a Jeep Cherokee for her latest gift. The answer may actually lie with her baby daddy G Herbo, who was also gifted a Jeep Grand Cherokee Trackhawk by his girlfriend Taina for his birthday in October. The gift received mixed reactions on social media, as critics expressed that the 100K price tag was way too cheap. There has not been any such comment surrounding the latest gift from Ari to the “Said Sum” rapper. 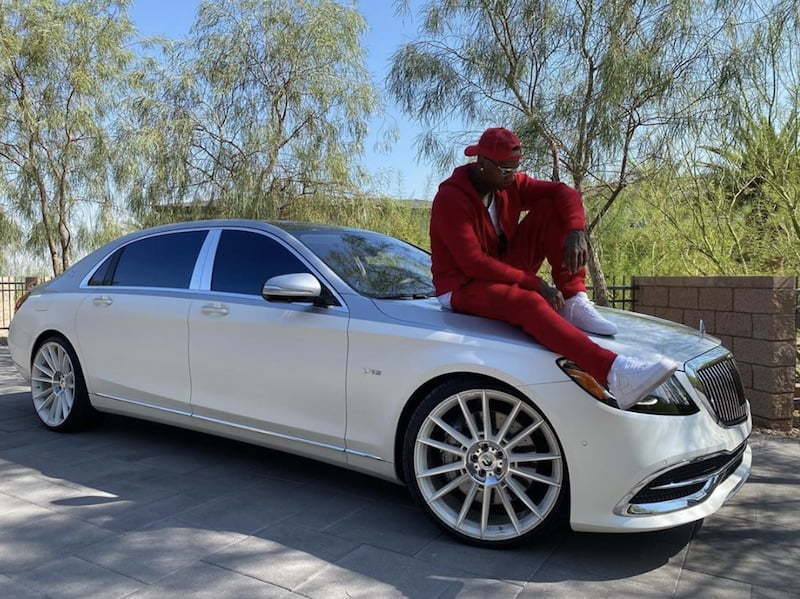