It seems that Halsey is not that “bad at love” as she has announced that she is pregnant.

The New Jersey singer has hopped onto the pandemic pregnancy trend as she is expecting her first child. The artist has had a string of high-profile romances in her time, including dating G-Eazy for a year and being linked to English musician Yungblud, but it is her current boo, Alev Aydin, who is her baby daddy.

Halsey tagged the screenwriter — whom she was first spotted with in October last year — in her pregnancy announcement on the ‘gram. Wearing a rainbow-colored crochet bralet, the “Without Me” singer showed off her burgeoning belly. Another photo, also taken by photographer Sam Dameshek, had Halsey standing topless as she covers her bust, and emphasis is placed on the oven filled with her bun.

“Surprise!” she wrote alongside an emoji of a milk bottle, rainbow, and an angel. The expectant father expressed his joy in the post’s comment section, writing, “Heart so full, I love you, sweetness.” 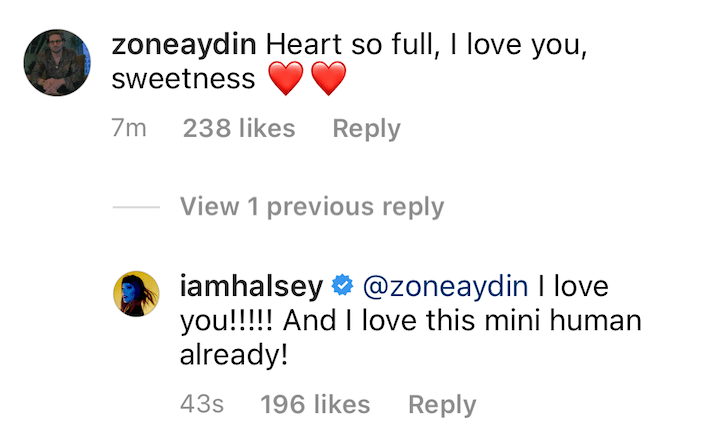 Fans of the 26-year-old were naturally thrilled as they liked the pics over 2 million times. There was speculation that Halsey was expecting in 2019 while dating actor Evan Peters, but she threw fans off the scent by saying, ‘Is it a boy? Is it a girl? It’s pancake. Still not pregnant. Still just allergic to gluten. Still love pancakes.”

Halsey has not revealed when her bundle of joy will arrive, but judging from the size of her baby bump, we can expect her to give birth sometime mid 2021.