Kim Kardashian is back on Instagram without her wedding ring and sources are saying she wants full custody of her kids with Kanye West and that his presidential run was the last straw.

As Kanye West and Kim Kardashian embark on the next — separate — phase of their lives, we now know what pushed them over the edge. The cracks have been showing in Kimye’s relationship over the past year, with the couple mostly living in different locations.

The “Nah Nah Nah” rapper has been spending time at his ranch in Wyoming, while Kim and their kids continue to reside in California. News broke earlier this week that the pair would reportedly be going their separate ways after 6 years of marriage, which means that a post-mitten is naturally underway to find the first signs of trouble. 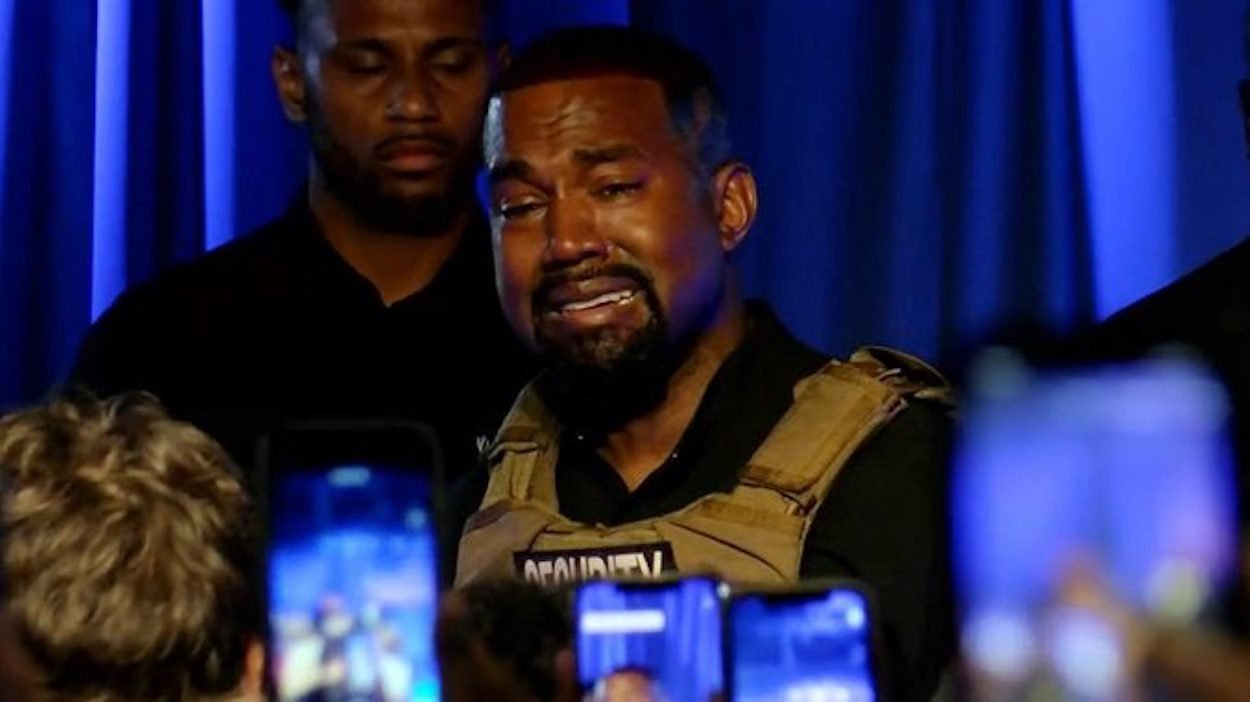 Kanye West shocking announcement that he wanted to be President marked Kim Kardashian’s wake-up call, according to Page Six. On Independence Day last year, the Grammy Award winner revealed his intention to run in the 2020 Presidential election — a decision that he reportedly did not inform his wife of until he told the world.

What followed was a breakdown of Kanye’s mental health as he revealed during a campaign rally that he and the reality star had considered aborting their firstborn, North, claimed that Kim was trying to have him committed, and also alleged that she had cheated on him with Meek Mill. Kim responded to her husband’s remarks by expressing the pain of seeing a loved one struggle with bipolar disorder.

While divorce rumors began doing the rounds, the couple attempted to repair their relationship by going on a family vacation, though it appears the cracks were too deep. A source has told Page Six that Kim Kardashian realized that she “needed to end the marriage for the sake of her kids and her own sanity.” She has reportedly hired celebrity attorney Laura Wasser to handle proceedings, which includes negotiating a confidential settlement ahead of a divorce filing.

Meanwhile, Kim Kardashian is back on Instagram without her wedding ring as she inches closer to filing divorce docs.