Future and his boo Dess Dior have sparked engagement rumors mere weeks after hooking up.

Future seems to have a gift when it comes to getting over exes and moving on quickly. Despite a highly publicized and heated romance with Lori Harvey that ended earlier this year, the rapper now seems to be all in with Atlanta artist Dess Dior. The 37-year-old Future has been linked to 23-year-old Dior throughout much of the quarantined months of this year, and now the two are stepping out formally as a couple. Not only are they making appearances hand in hand, but Dess’ hand, in particular, is showing off some seriously suggestive ice.

As has become customary for Future’s love interests, he has already gifted Dess with an AP watch worth over $100k, but she is also sporting a diamond ring on her engagement finger, leaving fans to wonder if the couple is already planning to get married. 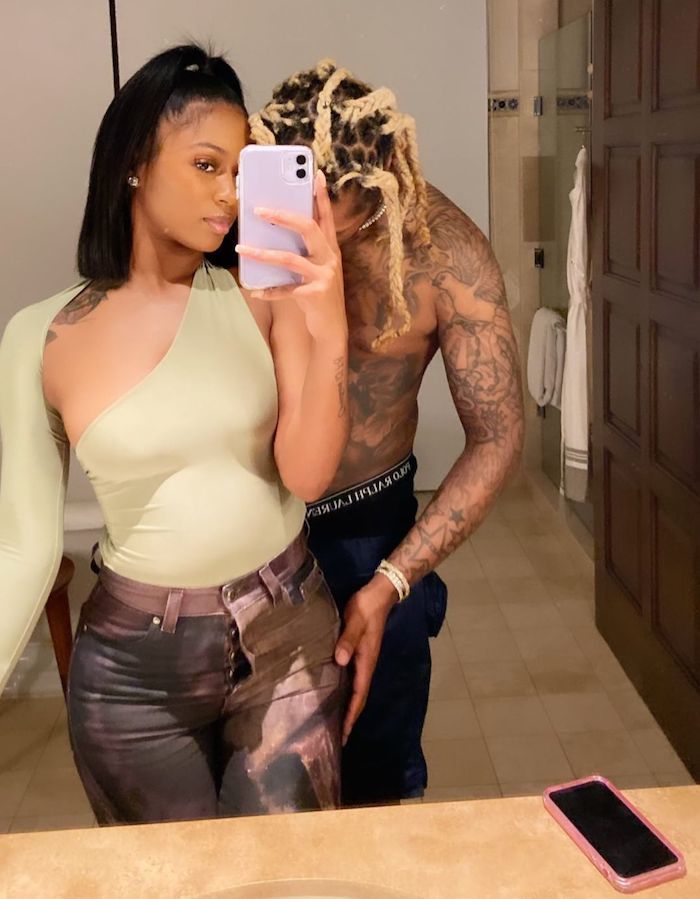 Dess Dior shared a short looped video of herself on Instagram showing off her hair with the caption, “It’s the braids for me…” However, the ring on her finger as she strokes her neck is hard to miss, and surely got more people talking than her flawless braids.

There were also paparazzi photos taken of the couple on the same night, walking out of the club holding hands and wearing matching letterman jackets. The ring can be spotted in these photos as well, but nothing has been confirmed by either Future or Dess. Of course, a ring could just be a ring after all, and it is certainly possible that Dior purchased the diamonds for herself. She also might be trying to stir up rumors about her relationship just for fun, but we simply won’t know until one of these rappers speaks out on their relationship status. For now, they definitely seem to be getting serious at the very least.