DJ Akademiks didn’t hold back when responding to Ebro Darden and Peter Rosenberg calling him a “talentless hack.”

Anyone who is a fan of or is familiar with DJ Akademiks knew that it would only be a matter of time before he would have words with those against his Clubhouse debut. He’s well known for being outspoken and unafraid of defending himself. Many rappers and journalists in the rap game had a lot to say about his appearance on the show, in which he would later accuse Meek Mill of lying about him. Two prominent figures in the rap industry, Hot 97’s Ebro and Rosenberg, also didn’t have any kind words for him.

Rosenberg even said that Akademiks was a “talentless hack.” It seems that one got under his skin as he used a Twitch live stream to lay into the pair of renowned announcers.

Akademiks accused them of not liking his position in hip hop and said that Ebro had become irrelevant. “Ebro used to be the person you went to for relevance in hip-hop,” AK said. “That stopped being the case. Remember when he used to go on rants like ‘you minor league?” and determined music that was seen and heard at the biggest levels? Radio is irrelevant.” 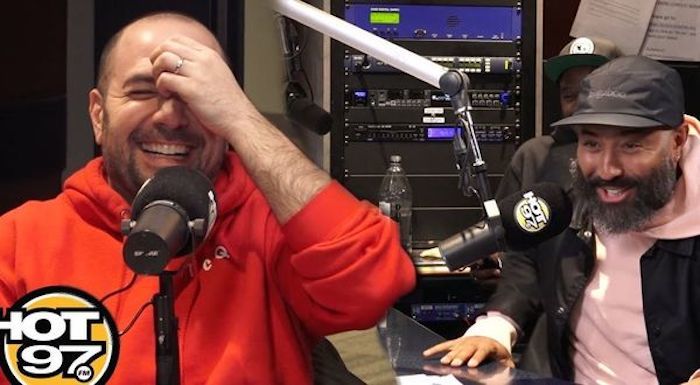 AK added that Ebro doesn’t have that hold on media like he used to and a result resents Akademiks for that.

He then flaunted how much money he makes and how much he is worth as he tried to draw a parallel insinuating that he was richer than them. He also said he built his wealth by building a platform on YouTube. “You work at Hot 97, you not pulling no half-a-million a year. That’s three months of pay for me. Don’t try to diminish my work…I actually built some sh*t on my own and I own it. I don’t work for n***as — you don’t own nothing. The money looks a little different when you own.”

He added that he did not need their approval to continue being successful. “I don’t need these n***as validation.” In his long rant, Akademiks accused Rosenberg of working at Hot 97 his entire career and not pulling more weight in the culture than him who is younger.

AK even pointed out that Rosenberg doesn’t have his own show and is piggybacking on Ebro’s morning show.

He went on to defend his relationship with Tekashi 6ix9ine and said that Ebro’s own biases were blinding him from realizing the rapper’s worth. He then revealed that he tried to start his career on Hot 97 but was turned down by Ebro because he “fronted on [Ak] cause [Ak] was cool with Charlamagne.”

You can check out the expletive-filled clap back below.