Saweetie is scolding her label for dropping her song without approval.

Warner Records rapper Saweetie says her label thirsts more for clout than the actual work their artists put in. After her new song with Doja Cat, “Best Friend,” was released without warning, Saweetie called out WBR on social media. She took to Twitter to let out her frustration on the matter, telling fans how disgruntled she was about the early release of her latest single. Saweetie says the careless rollout was “disrespectful” to her art, and it seemed to negate her intention to launch a “dope” promo campaign for the song.

“I am extremely disappointed in my label WBR for prematurely releasing a single I was so excited about,” Saweetie wrote. “I feel disrespected. I’m hands on with ALL of my creative & had such a dope rollout for ‘best friends’. The thirst for clout & $ is real & it overrides the artists’ art.” 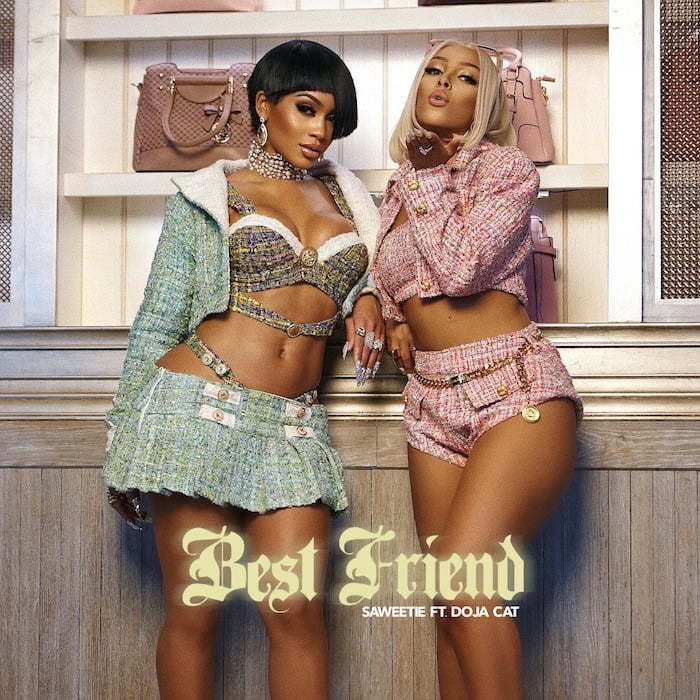 “The wrong version at that smh. Like wtf???” she added. The new release is something Saweetie had been planning for quite some time, teasing an upcoming collab with Doja Cat as early as February. The “My Type” rapper told her Icy Gang on Twitter that the song is a girls’ anthem. The uncommitted rollout, however, is evident in the absence of the track across digital platforms like Spotify and more, according to some fans on Twitter. Saweetie expressed just utter disappointment at her label’s decision to undermine all her hard work.

“We put so much work into the visual & we shot for days for this super cinematic girl anthem. And for this to happen? wow….” she continued on Twitter building up an entorauge of support with her words. She later thanked fans for showing so much love before retiring to bed. “Icy gang always dealing with the bs with me no matter what it means so much. I LOVE y’all. I’m bout to fix this nail & go to sleep. Goodnight,” she wrote.

The wrong version at that smh. Like wtf??? https://t.co/NlTPTcmWWM

We put so much work into the visual & we shot for days for this super cinematic girl anthem. And for this to happen? wow….

Saweetie recently released a new song with Jhene Aiko called “Back To The Streets,” and the music video has accumulated over 10 million views in a week. The rapper’s album campaign has been going well so far besides this recent blunder. Her album Pretty B*tch Music is due in early 2021. Even though her label dropped the ball on this one, the good news is Saweetie now has fans hyped up to see the “super cinematic” visuals they shot for the track.