Summer Walker might be going through a rough time being pregnant and going it alone as she and London On Da Track appears to have broken up for good, and his other baby mothers are not having any sympathy for her. One of them is also hinting that the Gucci Mane producer is cheating on her.

After news of her putting him on blast and saying he was a bum, London On Da Track had a short response- he asked Summer Walker, “first: control your emotions,” even as one of his exes allege that he has a side chick while with Summer Walker.

The Producer seemed unbothered as he posted stories of himself getting his face and neck swabbed by a person off-camera. He posted other stories of pranks.

While London On Da Track is keeping quiet, the mothers of his other three children chimed in, and they were not on Summer’s side.

On Friday night (Nov 27), Summer went on an expletive-laden rant at London. She also disclosed that she was disappointed in the decisions she made since London was not stepping up to the plate in spite of her pregnancy and felt that it was a cycle with the men in her life being “lame.”

She also addressed the situation with the other baby mothers who London had previously taken to court for child support because, according to them, he was a deadbeat father.

Summer said she tried her best to get London to spend time with his children. She also called the baby mama drama ghetto.

“everyone ghetto. It was all so ghetto. I tried to get him to spend time with his other kids as much as I could. He ain’t want to cause he selfish.”

She also said that she reached out to the baby mamas, but they were bitter – “I tried to get his baby mamas to let him see the kids, they didn’t want to cause they was bitter &hated me for no reason. I tried to get everybody to just get the f*** along like one big happy family and instead everyone just sh*t on me.”

She appeared to be the victim saying, “now I just have the sh*t end of the stick cause all these mf’s is GHETTO.” 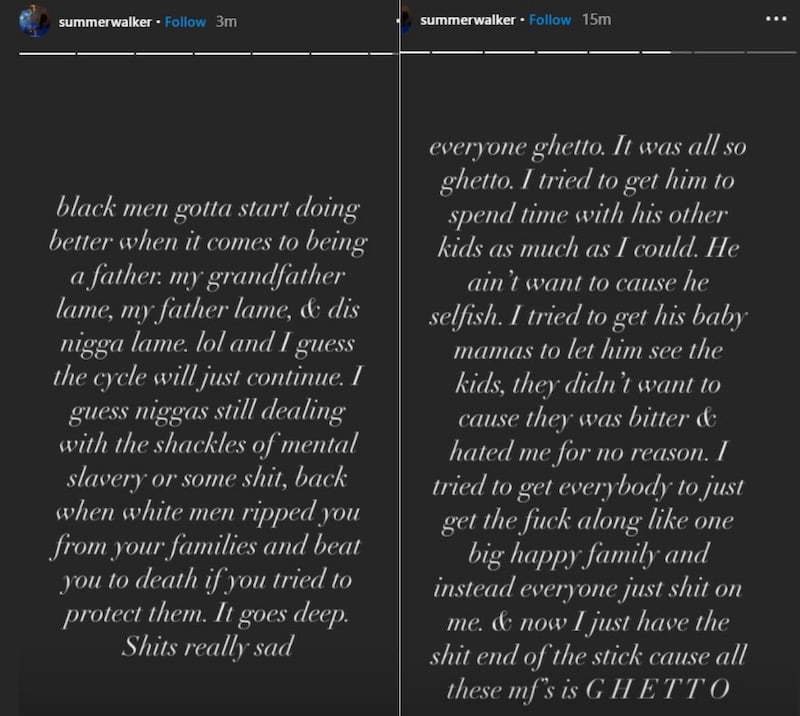 However, the baby mommas aren’t keeping silent following London’s outburst and claim that they were ghetto.

Erica Racine, who is the mother of London’s oldest son, posted a message on her IG Story, clarifying the drama from her angle. She said, “…the story of the day is my ex has a side b—h who smiles in my face and be nosy every time she runs into me but I just found out…no wonder she be all in my business. Don’t be fake to me boo, be fake to his girl cus I’m good.” We’re not sure if Summer is the side piece here or is there another main girl in London’s life?

It seems that Racine is alleging that London is cheating on Summer and sadly, while she is pregnant. Racine left a cryptic story “I lowkey feel bad cus I know what’s really going on.”

On the other hand, his other baby mother, Eboni Ivori, said she would beat Summer for being disrespectful. “Summer b**ch when that baby outta yu ima beat ya a–. On my daddy, I can’t wait… always runnin ya d**ks*cker always out of line, always disgustingly disrespectful.”

She also replied to the comments that she tried to get London to see his children “b**ch- yu tried to get him to see his “other kids,” first of all ya kid ain’t here yet b—h yu the “other.”

She added, “how yu tried to get him to spend time with his kids but he didn’t wanna? But then double back and say his [sic] bitter baby moms wouldn’t hv it bc of yu!” She also warned, “thread light.” 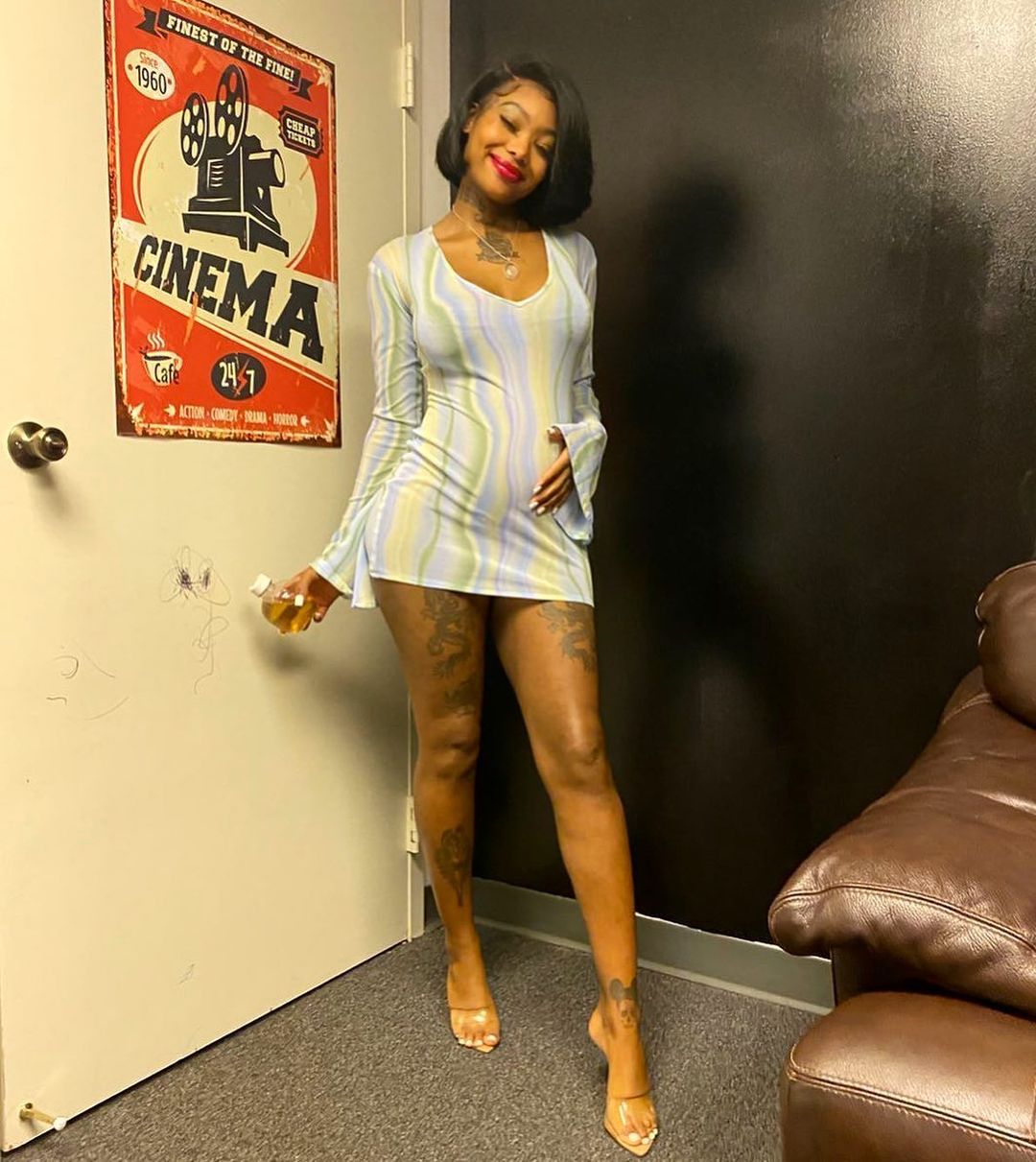 Eboni also had news for Summer – she said, “at this point Summer yu the only ‘bitter baby momma.’ I recommend that yu stop being so full of yourself. Summer needs to keep whoever nose that is she got, outta other folks business,” she added referring to Summer’s recent nose job.

Meanwhile, Summer’s fans are savage and aren’t giving her any sympathy. One fan said, “the baby mommas told you this sis! They come off as bitter but it’s always some truth to what they were saying.”

Others were not taking her side “getting pregnant by someone you knew was a deadbeat is ghetto.”

And yet another fan reminded her, “girl weren’t you the one bashing his baby mamas? Life will humble you.”

Other fans weren’t taking her comments about black men, on the whole, being lame too kindly. One fan said, “don’t pick the wrong men and then blame all black men. A lot of you females fall in love with a man for all the wrong reasons.”