Chris Brown shared this cute family selfie with his baby mama Ammika Harris and their son Aeko Brown ahead of Thanksgiving.

Chris Brown’s son is starting to look just like his dad. Breezy’s youngest child has just turned one and seems to be getting cuter by the day. This was made evident in the photo which the “No Guidance” singer shared on the ‘gram that features him, his baby mama Ammika Harris, and baby Aeko Brown. The little one appears to be s*cking on his fingers while his father pulls a face for the camera.

Fans of Chris will know just how happy he is to be with his little boy as they have been separated for most of his young life. Coronavirus restrictions mean that Aeko and Ammika have been unable to return to the US after the 27-year-old flew to Germany for a modeling job. The distance has been difficult on the Grammy Award-winner who has been forced to watch his son grow up on FaceTime, but all three reunited recently for a family vacation in Mexico where they stayed in a private beach villa in Tulum. 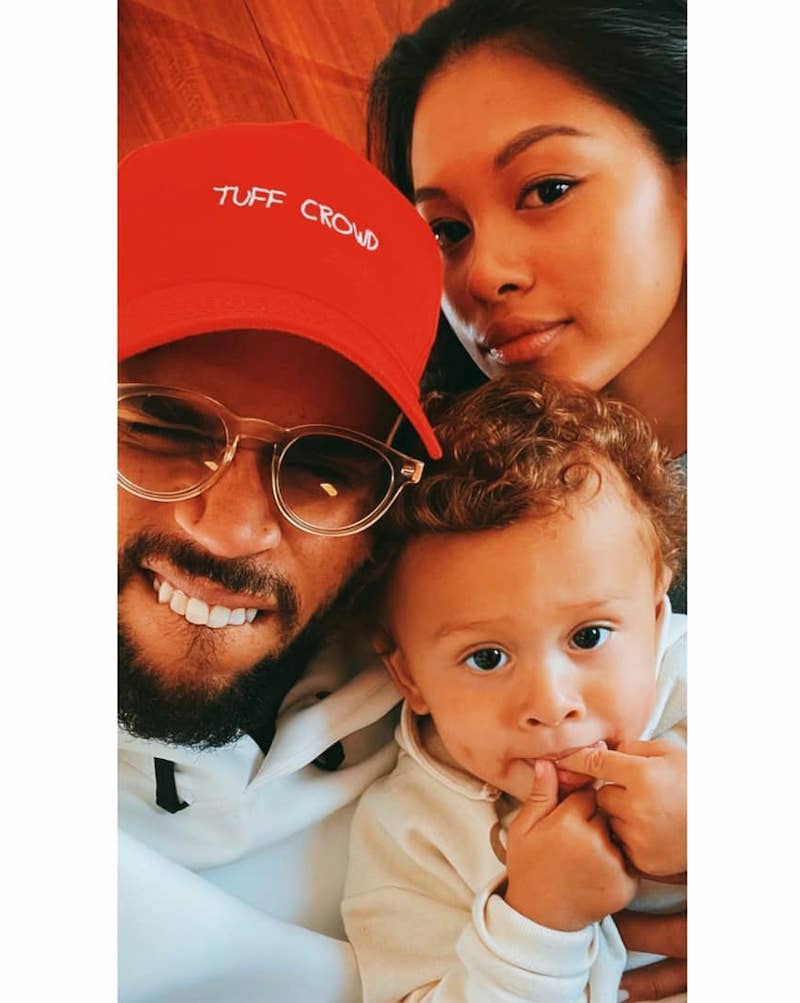 All three appear quite happy in the selfie which Chris shared, and it is surely a result of he and Ammika reportedly reaching a positive place in their relationship. The couple had been doing the long-distance thing while she was in Europe but seemingly broke up a few months ago, with Breezy said to be dating Gina V. Hunyh, who he recently ventured with to London.

According to Hollywood Life, the parents are trying to figure out where their personal relationship stands, with a source saying, “[Chris and Ammika] know the love is there and they’ll always be in each other’s lives obviously, but there are so many variables at this point and everything is still up in the air.”