Safaree says he is back on the market while seemingly announcing he is getting a divorce from Erica Mena.

The Love and Hip Hop: New York star hooked up with fellow reality TV costar Erica Mena back in 2019. Love was clearly in the air, and before the year was over, Mena was pregnant, and the two stars married. The couple showed true chemistry whenever they were captured between the lens. However, as we know all too well, it’s the off the camera actions within the relationship that tend to result in a rift.

The rapper/songwriter, who was previously with Nicki Minaj, decided to announce his split from Erica Mena in a very cheeky way. He posted an image of himself standing next to his red Rolls Royce with a shot of a house in the background. The post seemed to be his way of showcasing just what he accomplished from his hard work as a rapper, reality star, and from OnlyFans. Safaree Samuels and Mena started their joint OnlyFans account some months ago and have already allegedly raked in a pretty sum from their subscribers. With so much good happening, it really begs to question what could have caused their union to go off the deep end.

Still, Safaree decided he needed to tag Divorce Court to his post. To many, the move did seem quite right, which is contradictory to the rest of his caption, which stated, “BACHELOR!! Ending 2020 right!!” 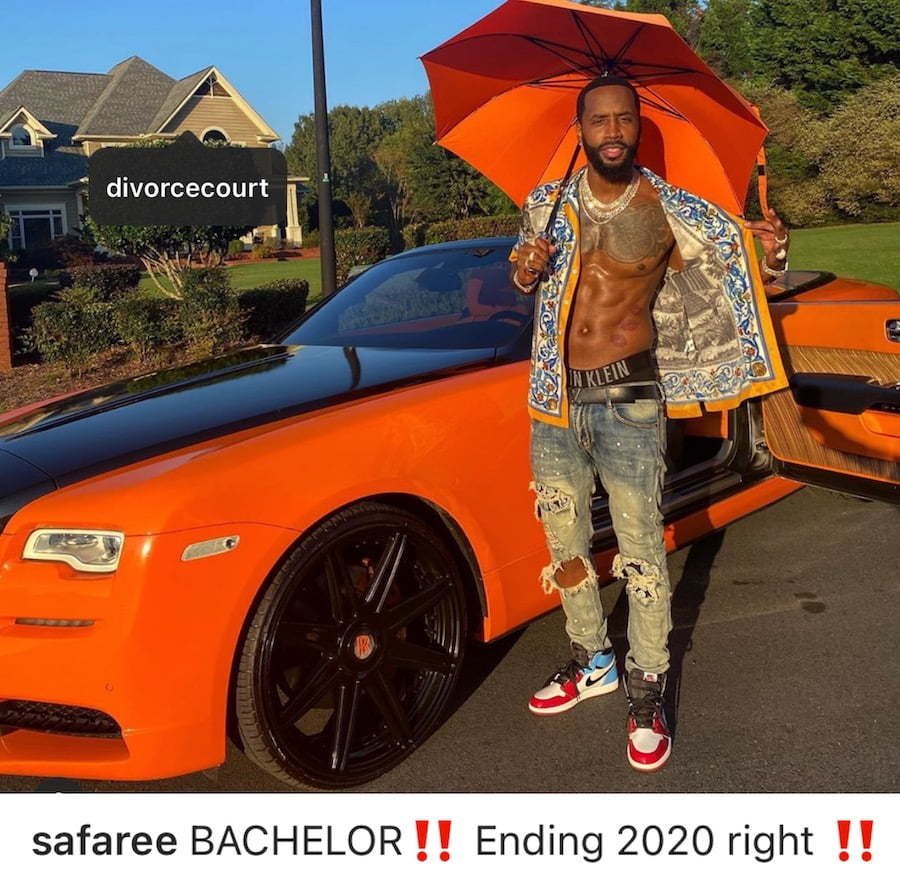 Mena has not directly spoken out about her husband’s recent post, but in one upload to her Instagram Story, she said, “Nothing gets in my way for too long.” She managed to share a bit more on Twitter, all while remaining quite cryptic at the same time.

“No cocky $hit, ain’t too many like me. No man could ever stop me!!!!!!!” That tweet was followed by another confirming that she had indeed caused some pain to some unlucky fellow. “Scorpio stings are the most beautiful pain,” wrote the model, whose birthday is just 4 days away.

Safaree also opened up on Twitter. In one tweet, he praised the iPhone and its designers for the ability to block someone. He also offered up a few other emotionally tweets.

I think the block feature on the iPhone is its best feature. it brings such peace & serenity. Great way to keep jack asses away. Thank you Steve Jobs ????

The two have stopped following each other on Instagram, which is the official sign that something is not right. Safaree Samuels and Erica Mena has a daughter name Safire Majesty Samuels.

Many couples say the first year of marriage is the toughest one yet. We hope that Safaree and Mena are able to work out their differences for the sake of their little one.