Safaree and Erica Mena welcomed their first child together, a baby girl.

Finally, Mr. and Mrs. Samuels have added a new member to their family. The couple who tied the knot back in October 2019, welcomed their baby girl on Sunday, February 2. Safaree took to Instagram to make the exciting birth announcement. While this is Erica’s first daughter, it’s not her first child like it is for Safaree. The rapper shared a photo of his baby girl’s cute tiny hand wrapped around his index finger. In the caption, he wrote, “These pass 24 hrs have been an adventure to say the least! I’m a part of the #girldad club now. Perfection is here,” Safaree said.

Erica Mena also shared a photo from a shoot she did while pregnant on Instagram earlier today. In the photo, she is posed in a black lingerie top as she is seated cradling her baby bump. In the caption, Erica wrote, “Our Rainbow Baby.” 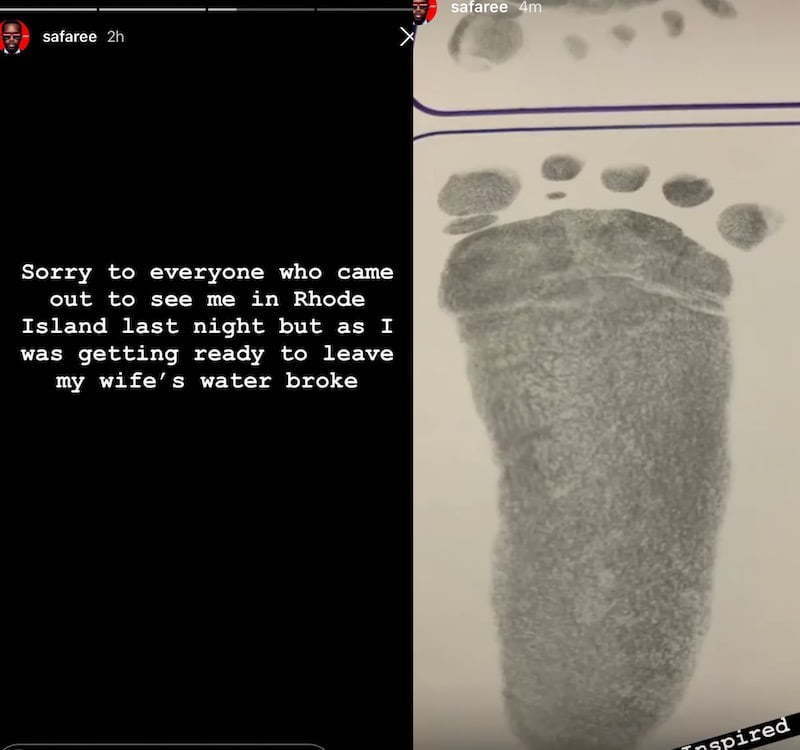 Safaree Samuels had a booking at Rhode Island at the time that Erica went into labor. The internet first got word that she was having the baby when the rapper had to take to social media to apologize to disappointed fans but for a good reason. “Sorry to everyone who came out to see me in Rhode Island last night, as I was getting ready to leave my wife’s water broke,” he wrote in his Instagram story.

The couple found out that they were having a girl less than a week after they got married at their lavish gender reveal party that presented the good news in the form of pink fireworks – how posh. Erica gifted Safaree a gold and diamond necklace after they learned that they would be having a girl. The precious gift has the letters “D A D D Y” carved out in it. The couple is yet to announce the baby’s name.

Congratulations to Erica and Safaree!

These pass 24 hrs have been an adventure to say the least!! I’m a part of the #girldad club now ??. Perfection is here ??

You are pregnant and you are powerful. You are bold and you are beautiful. Go forward in your boldness, in your beauty and in your contentedness. Trust your body to birth and know that the collective power of women worldwide will be with you ?? 9 months captured by the great @lolamelani