Breezy is currently in the UK and decided to drop by his old friend’s pad while in London Town. Adele and Chris first met at the Grammy Awards way back in 2013, and it seems the pair have formed a solid friendship, considering that the “Rolling in the Deep” singer put the kettle on until the wee hours of the morning. According to Britain’s The Sun, Chris arrived at the West London home with enough secrecy for an MI6 agent. “He arrived in huge, blacked-out cars, with plenty of muscle surrounding him,” the publication quoted a source as saying. “It was all a bit cloak and dagger. He arrived in the middle of the night and didn’t leave until around 2 am.”

Sources are saying that the two music giants are working on new music together. We do know that Adele has been quietly working on a new album, and Chris Brown is also working on a new project. It’s unknown which of the two projects they will collaborate on. 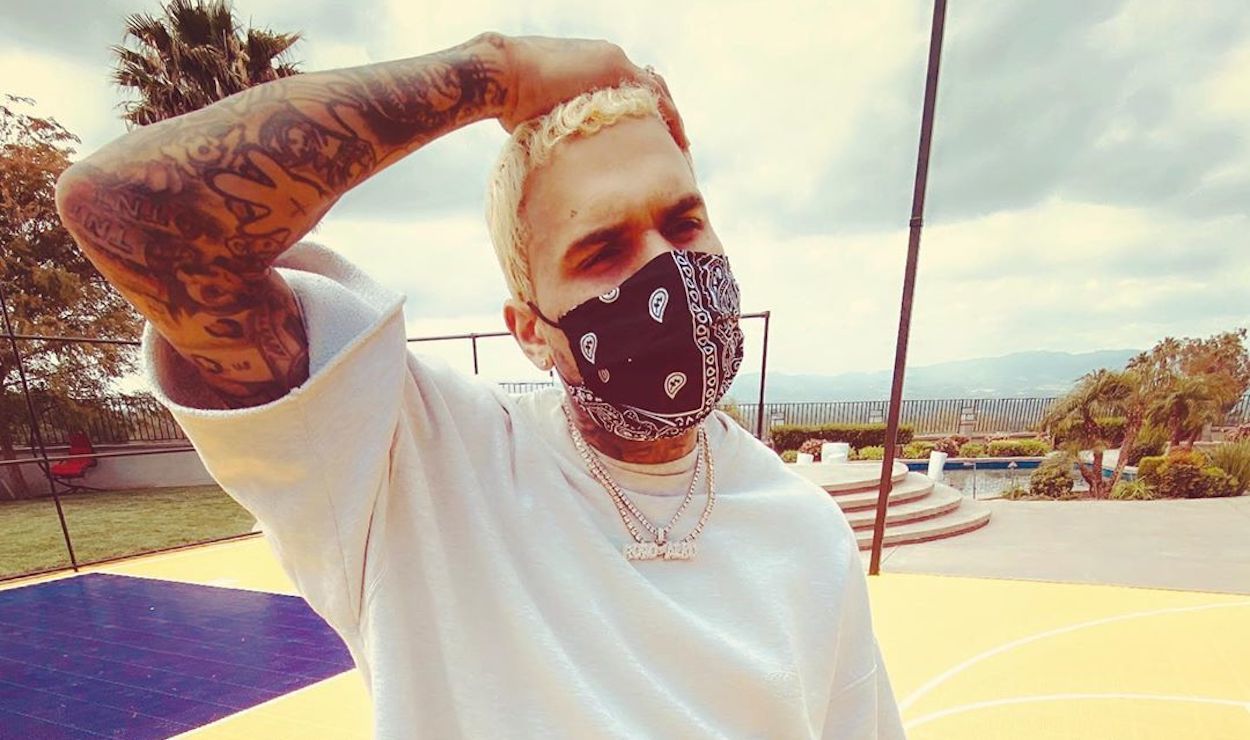 For all those thinking that something saucy may be going down, they can put their speculations to bed. The “Go Crazy” singer is friends with English rapper Skepta, who Adele is rumored to be dating following her divorce from Simon Konecki last year. Breezy is also believed to be enjoying London with his new girlfriend, Gina V. Huynh as the pair were spotted having a romantic dinner at a Russian restaurant in Notting Hill.

The relationship seems to confirm that Chris Brown and his baby mama, Ammika Harris, are truly done. Ammika ventured to Germany at the beginning of the year for a modeling job and subsequently got stuck there with her and Chris’s 10-month-old son due to the US’s severe COVID-19 travel restrictions. Although the couple initially tried to make their relationship work, often posting sweet nothings on IG, long distance ultimately deemed to be their downfall.