Teejay put his ego aside and iced his old beef with Popcaan.

The two dancehall deejays have been taking subliminal shots at each other on social media and in songs. As Teejay celebrated his 26th birthday this past weekend, thousands of fans and friends of the Mobay singjay took to social media to help him celebrate the occasion. Ssussjam posted a video of the Uptop Boss dancing on set his recent music video shoot while calling on their followers to help wish him a happy birthday.

Popcaan was among the thousands of folks who reacted to the video. “a who that popcaan? oh my bad a him son,” the Unruly Boss wrote. Teejay posted a screenshot of the post with a message for Popcaan. “Done know e nuh @popcaanmusic long time you a do this,” he wrote. “Nuff place you put dancehall and If every young artist like mi can just humble and put the ego a side and do this for dancehall things would be better. Big up self mad head MI FATHER.”

The “Owna Lane” singjay earned a lot of praise from fans for how he handled what could be an all out feud with Popcaan. Of course, the Unruly Boss could just be joking around and didn’t mean to disrespect Teejay, but some fans pointed out to past jabs he took at the Mobay deejay on social media. 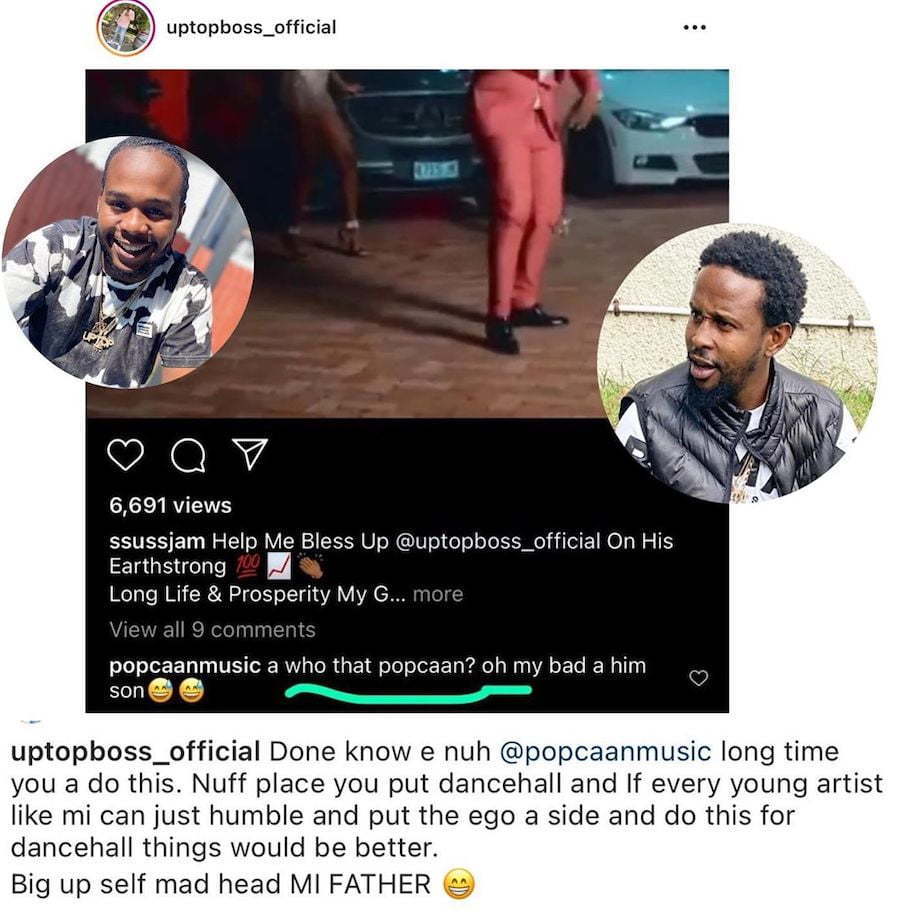 In case you didn’t know, the reason all the members of the Romeich Entertainment outfit balance the scales so well is that they are all Libras. With their birthdays only a few days apart, Ding Dong, Shenseea, and now Teejay have all toasted to another year of their lives within the space of a week.

On Sunday (October 4), Teejay welcomed 26 in true rich fashion. The celebration that was ongoing through Sunday night saw the dancehall artiste in his “big drip” sipping on what appeared to be a bottle of Armand de Brignac Ace of Spades Brut Gold champagne all by himself.

The birthday boy took to Instagram earlier that day to share a shot of himself and his dashing smile alongside the caption, “Thank uh fi life god 26 with ah fat account little more Hennessy and ganja smoke,” he rhymed. Maybe it was the smile or the sense of happiness in the photo but it looked more like the real Timoy Jones than Teejay. Fans and artists sent off birthday wishes in the comments mirroring the good energy Teejay displayed in the post.

The dancehall artiste also shared another video on Monday morning of him cutting his birthday cake. In the caption, he wrote, “First mi a cut cake inna mi life.” The professionally decorated black and gold novelty cake came with an inedible gold mic plunged into the top. With his lady’s assistance, the Uptop Boss cut the dessert but not before announcing to everyone in the room that it was his first time. After the first cut, like a true novice, Teejay attempted to yank the deeply buried knife from the cake at an impossible angle which was amusing to his friends and guests as well as fans online.

Cheers to 26 and congratulations to the Uptop Boss who has achieved so much in the last year of his career. Happy belated birthday Teejay!