Popcaan and Teejay have been rumored to be at war with each other, and now dancehall fans are suggesting that the Unruly Boss is dissing the Mobay deejay in his gritty new single. Shortly after dropping the track on YouTube, Teejay clapped back at Poppy in a new single “UpTown UpTown.”

The beef between the two deejays started last year when the Unruly deejay took a subliminal shot at the Braff deejay on Instagram. 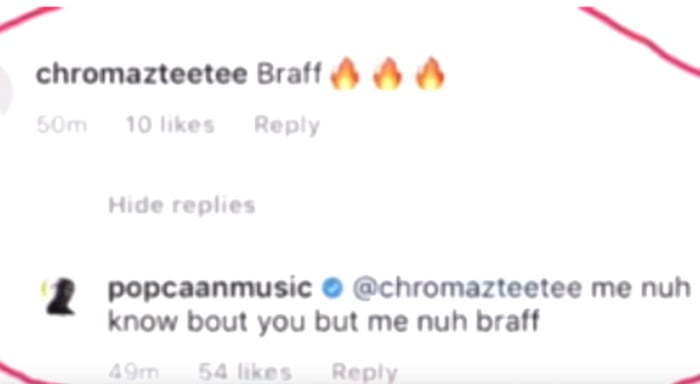 While they didn’t release their songs as diss tracks, it’s evident from the lyrics that some subliminal shots are being fired in both directions from the two artists.