SZA confirmed that she did date Drake but not when he said.

Fans were caught off-guard when the OVO Don admitted that he previously dated R&B goddess SZA. When he rhymed that the romance between them happened around ’08, detective fans were quick to surmise that while Drake was 21/22 that year, SZA would have been just 17/18 years old at that time. While she has come forward to admit that she and Drake have history, the singer wants fans raising concerns about their age difference at the time to know that she was not a minor.

SZA took to Twitter on Sunday night to set the record straight and defend Drake’s right to creative freedom. “So It was actually 2009 lol,” she wrote, clarifying the correct year they dated. “In this case a year of poetic rap license mattered lol. I think he jus innocently rhymed 08 w wait. Anybody who really knows me and was around during this time can confirm.. it’s all love all peace.” 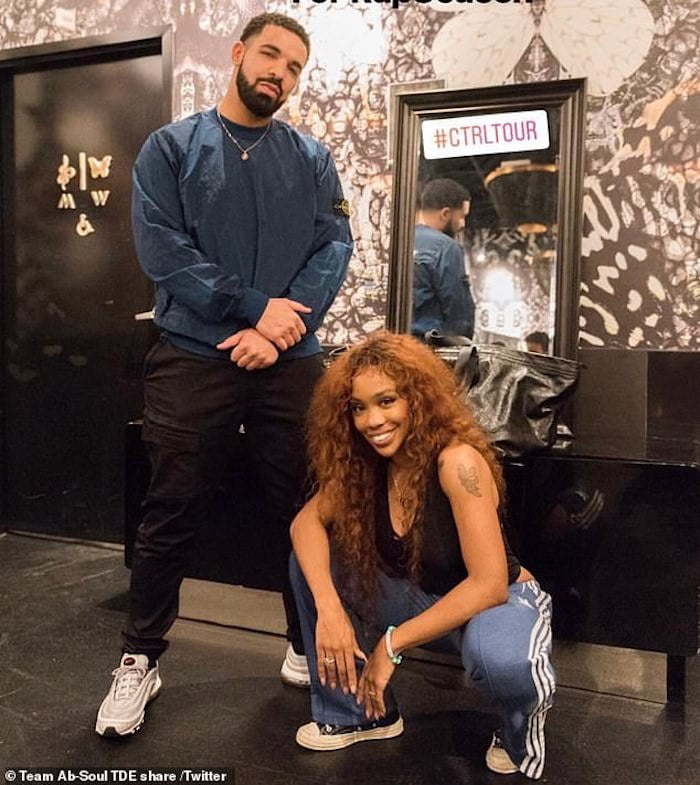 She continued in a second post, “I just didn’t want anybody thinking anything underage or creepy was happening. Completely innocent. Lifetimes ago.” Drake sent shockwaves through the pop culture community when he revealed his past with SZA to the world, but we can definitely see how they could be a match. Just two of the most incredible and poetic songwriters who are among some of the biggest voices in the world – no biggie.

We’re sure fans are already doing a deep dive into the internet’s archives to see what details they can pull on this past relationship. SZA’s claim that it was “completely innocent” has led some to believe that it never got that serious, but that’s only speculation. What do you suppose caused these two to go their separate ways? Is there any hope of them rekindling?

I just didn’t want anybody thinking anything underage or creepy was happening . Completely innocent . Lifetimes ago .