Tory Lanez allegedly left a voicemail bawling and apologizing to Megan Thee Stallion after shooting her.

A friend of Megan Thee Stallion is bashing the rapper’s best friend, Kelsey Nicole, for staying quiet on the Tory/Meg shooting saga. Kelsey, who was present the night of the shooting incident, is yet to give her account of what happened. As a first-class eyewitness to the crimes committed on July 12, she would make for a bombshell secret weapon in her bestie’s potential court case, but according to Meg’s other friend Jailiey, Kelsey may have already named her price for the other side.

Taking to social media quite livid with Kelsey, Jailiey called out the rapper’s best friend for staying mum through the horrendous scandal. “Like how tf you so silent you goofy long face b***h,” Jailiey wrote. “How can you come in my room that day at the LA house and say (verbatim) TORY SHOT MEGAN. You forgot you came back around 4pm after you got dropped off telling me the details bout how he f***ing pulled out a gun during a petty argument and he got mad and shot her.

“How tf you let that midget b***h shoot my friend h*e..but now you being quiet?!” a furious Jailiey continued. “You coward a** mouse b***h ..really lied to ME of all people about being injured bc Tory was beating yo ass?!? what happened to that? Why you ain’t say sh*t????? But Meg supposed to be your best friend. That’s not how best friends work and you know you wrong.” 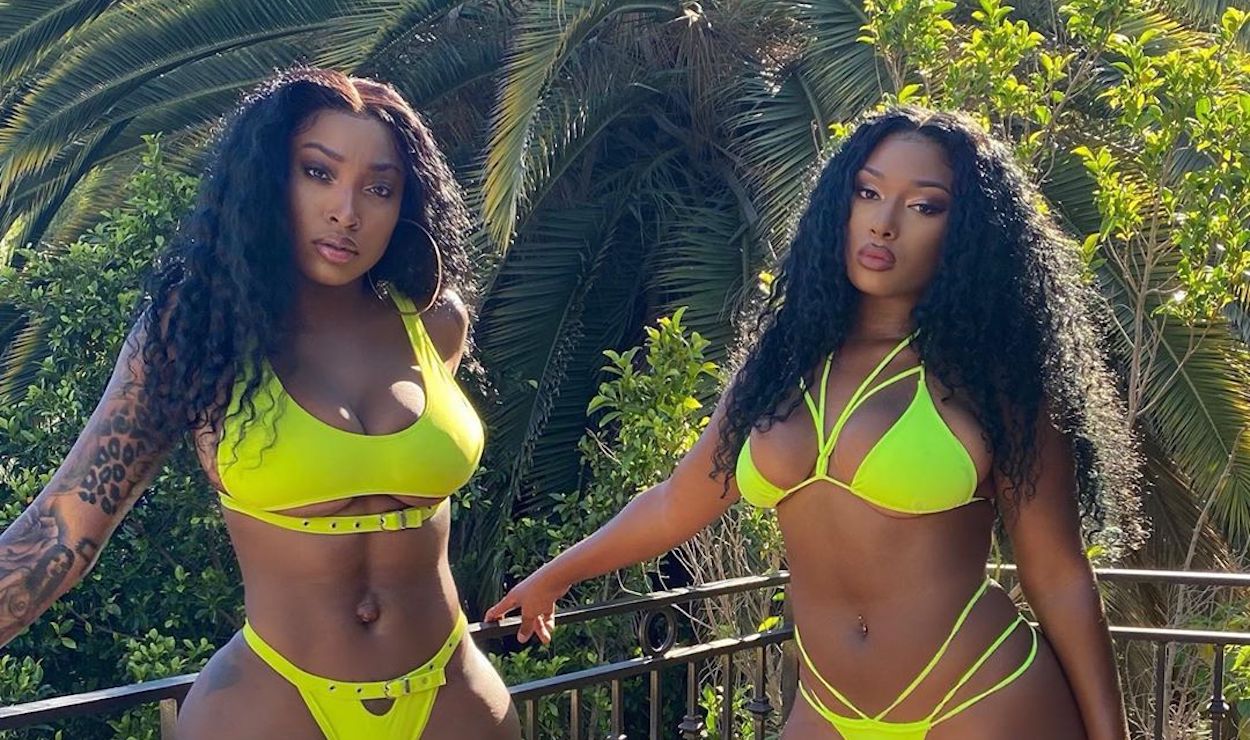 The tea was far from done and even seemed to get hotter with every sip. According to Jailiey, Kelsey Nicole once implied that Tory’s team would have to pay her to stay quiet. “God gone handle you for accordingly,” she said. “I also remember you mentioning that they gone to have to ‘pay you or something?? Or you forgot? Thaaat must be where that lil necklace came from..I wondered why you only posted it on FB w that weak ass freestyle.”

In addition to that accusation, Jailiey revealed that Kelsey might be holding on to a key piece of evidence which, if true, truly makes you wonder which side she’s on indeed. “Remember how Tory called you and I told you to decline it and we both listened to a voicemail of his ass crying saying how sorry he was for shooting her and how he was too drunk? That amnesia a fool huh? Y’all keep asking why Kelsey silent?! Well talk now b***h. Karma gone f**k you ms girl.”

Jailiey calling out Kelsey comes amidst the release of Tory Lanez’s new album Daystar on which he profusely denies being responsible for Megan Thee Stallion’s injuries. The Canadian rapper was arrested for carrying a concealed weapon on the night of the shooting. However, he was soon released, or according to him on his new album, he “walked away free ’cause [he’s] innocent.” Yeah, we’ll see.

#KelseyNicole responds after #MeganTheeStallion’s friend #Jaeliey calls her out for keeping silent. (Swipe for previous posts)

Tory has lately been accusing credible media publications of being in cahoots with someone (he was likely implying Megan’s team) for a smear campaign against him, claiming many are being paid. So it would be kinda ironic to hear that he is, in fact, suppressing evidence with a bag himself. As Celina Powell said on her and the rapper’s recently exposed phone call, his “money goes a long way.”

Kelsey Nicole has not admitted to anything of the sort, but she did clap back at Jailiey in her Instagram stories after she was berated online. “Get home girl to 10K,” she wrote, sassing Jailiey. “Goodnight y’all. When I’m ready to speak my truth, I will. Until then, keep throwing rocks. I’m noting everything.”

Unless she’s saving it for the judge, I can’t imagine what would make Kelsey Nicole keep the first-hand truth under wraps. What do you make of Jailiey’s accusation that Megan Thee Stallion’s bestie may be taking bribes while she sits on a recording of Tory Lanez incriminating himself with an emotional apology?