Jamaican born dancehall deejay Andre Sutherland, better known as Popcaan, is one of the hottest acts coming out of the island in the last decade and a half. The deejay, who was a part of the Vybz Kartel led Portmore Empire, rose in ranks through his impressive musical abilities and the departure of a few of the outfits talents. Even though the Portmore Empire is no longer active, Poppy always rep the GAZA brand while maintaining his own Unruly outfit of talented acts.

Poppy has toured extensively in Europe, has visited Africa on a number of occasions, and has very strong ties with the Canadians through his association with Canadian popstar Drake. The tight friendship and musical chemistry resulted in Popcaan signing to his OVO Sound Label at the end of 2018. However, before the official signing, Popcaan and Drake secured a major hit with the unofficial release of “Controlla.” Even with such a smash hit, Popcaan didn’t have the luxury of plying his trades in the USA due to VISA restrictions. This may just be the reason the artiste is not yet a household name in the States, at least, in the eyes of one of the biggest groupies in America, Celina Powell. 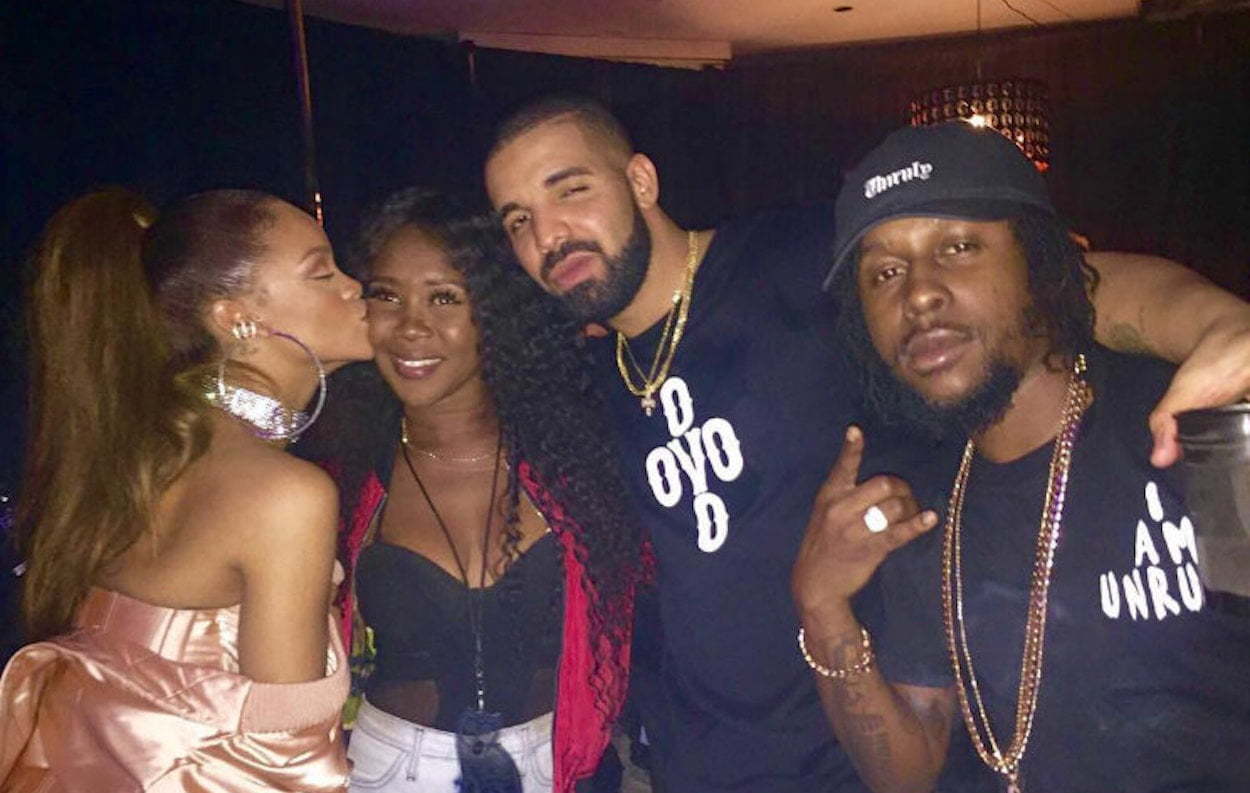 Celina Powell and her friend Aliza were drafted for their second episode of No Jumper’s “Thots Next Door,” which aired live on Youtube yesterday. During their wild chat with Chief Keef’s baby mama Slim Danger, a number of topics were discussed, including A rundown of some of the celebrities they have or would sleep with. Slim Danger inserted Popcaan’s name into the conversation as a possible topic for discussion, however, Powell had no prior knowledge of who “Poppacaan” was. Aliza, on the other hand, seemingly thought that the Jamaican was actually Canadian.

“He is a Candian rapper,” said Aliza, before Powell compared the Unruly boss to Drake. Slim then expressed that she has mad love for the “Only Man She Wants” singer before confirming his signing to Drake’s label.

Slim then revealed that Popcaan seemingly pulled a fast one on her when he did not take any of her ‘goodies’, which was being offered. “Let me tell you supm, you played me trying to act like you was going with the other b__ch and you know you want this squirt p__sy,” she recalled. Questions of his relationship status were then asked by Aliza to which Slim responded, “I don’t know, everybody has a girlfriend.” Aliza then chimed in that it was not their responsibility to decipher who had a girlfriend or not.

Popcaan has been rumored to be in a relationship with Trinidadian Kavell Keir. The two rekindled following what seemed like a break in January and spent some quality time together during Popcaan’s birthday week in July.

The Unruly Boss has yet to respond to the allegations made by Chief Keef’s baby mama, and something tells us he may never do.

They said Popcaan is a CANADIAN rapper.. a weh di bu— pic.twitter.com/msCEH4rljF

When Popcaan see this pic.twitter.com/6FJqDJ20pm

I was today’s years old when I found out Popcaan is ACTUALLY a Canadian Rapper ? pic.twitter.com/qAwILKeqCa

Popcaan a Canadian rapper??? They better put some respect on my good artist name ? https://t.co/jd1S1Opdjm