Vybz Kartel and Sheneil Muir link up for a ride or die anthem, “Loyal.”

There is a beautiful little phrase that says nothing ever happens before its time, and it seems Shaneil Muir is finally proving that to be true, as she takes her place among other queens in dancehall. She has been steadily churning out content over the last couple of months and based on Jamaica’s musical hierarchy, she may have just hit the motherload. What exactly does this mean? Well, three of her most known singles, “3D,” “Top Gyal,” and “Yamabella” could be seeing stiff competition for their coveted spot now that the collaborative single with Vybz Kartel titled “Loyal” as been released. The former Magnum Kings and Queens of Dancehall contestant hopped onto a LIVE event held via Vybz Kartel’s Instagram account two months ago, and it seems that session is now paying off.

Muir’s pristine vocals come through rather gracefully on the powerful love song, as she speaks life into her relationship and promises to stay loyal no matter what temptation comes her way. In all fairness, her description of just how loyal she can be is quite chilling. “Me put me head pon the block fi yuh, tek a bwoy points, take a shot fi yuh/ if is a crime then yuh know me do the time / give me the riddim and yuh know me find the rhyme,” she sings through the opening verse of the song. 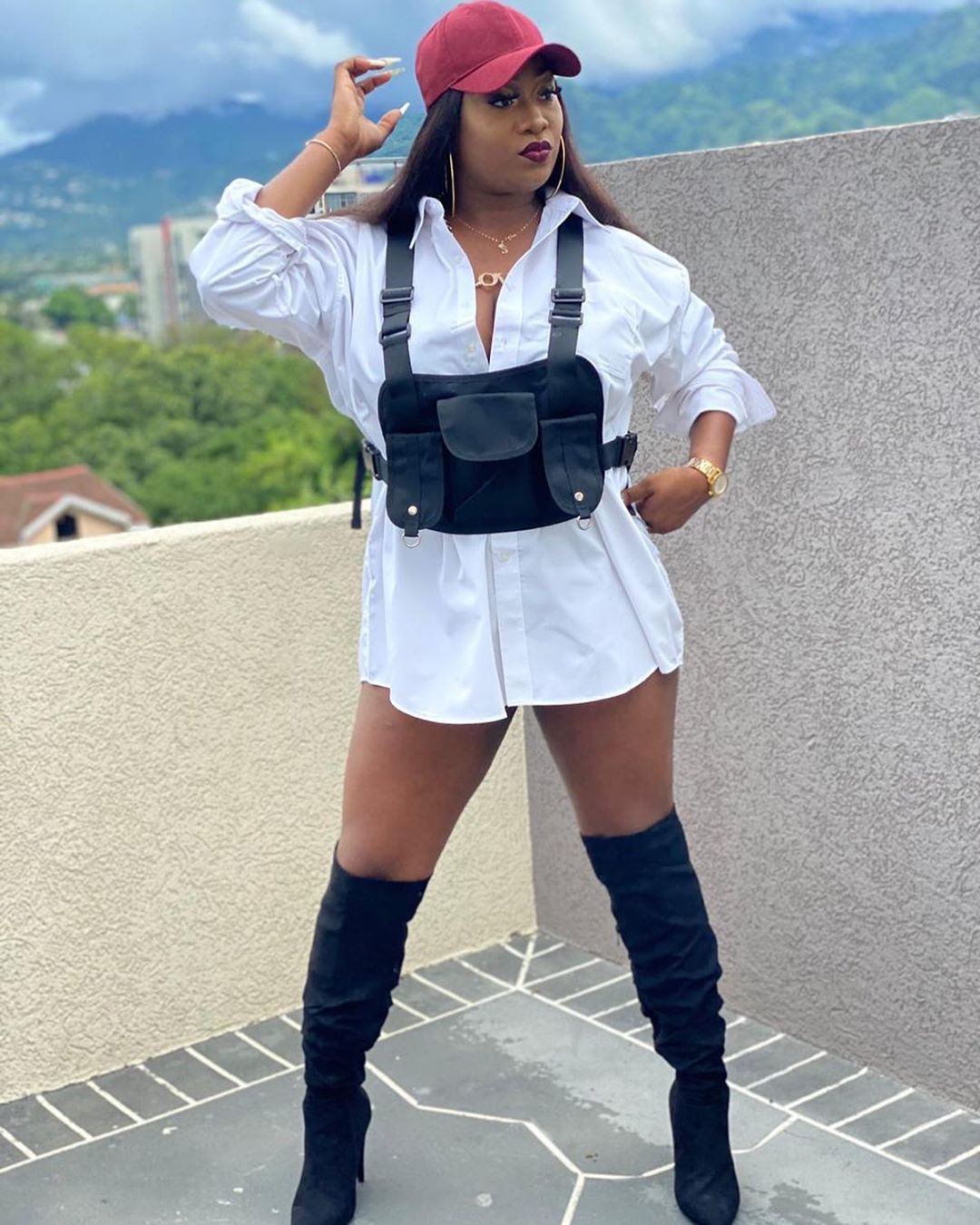 She speaks on the fact that not everyone will be happy for the love you and your partner share and states that once both persons are loyal and unified, then they can take on any challenge. Shaneil is also blessed with the task of delivering a truly soulful chorus and second verse before Vybz Kartel makes his announcement. The Teacha isn’t too shy to tell his queen that he loves her, all while counseling her through all the negatives being said about them in public. “Girl I got my mind on you, you’re so real so true and I love you,” sings Mr. Palmer.

While Shaneil’s personal love life has not been scrutinized in the media, the relationship between Vybz Kartel and his common-law wife, Tanesha Shorty Johnson, has been. Armed with prior knowledge of Kartel and Shorty’s relationship, some fans have labeled the words being sung by Shaneil as those of Shorty. “Shaneil Muir just a sing for shorty, Cause shorty can’t sing,” came the comment from one fan.

Another comment praised Vybz Kartel for continuing his role as a molder of young talent in Jamaica. “Another hit by Vybz Kartel; Shaneil Muir is a very powerful beautiful singer and I love how he stay back and let her conquer and showcase her talent , you are a foundation builder vybz kartel.”

You can check out “Loyal” from the video link below.