Prayers up for reggae icon Toots Hibbert who is currently fighting for his life in the hospital.

Cases of the deadly coronavirus have been rapidly increasing in Jamaica over the last couple of weeks. It is now being speculated that International reggae star, 77-year-old Toots Hibbert, may have been one of the latest contractors. The news coming out Hibbert’s camp is that the star is now in intensive care at a medical facility in Kingston’s Corporate Area after being faced with breathing problems. Cabel Stephenson, who is the manager of Toots Hibbert, issued a statement to Loop News detailing what has taken place since the entertainer began complaining over the weekend.

“He is in an intensive care unit at a private facility in the Corporate Area. Over the weekend, he complained that he wasn’t feeling well, and we were very proactive about it, we moved quickly, checked him into the hospital as his lung function had greatly diminished,” he said.

Stephenson confirmed that the mood in the camp is a hopeful and positive one, as Hibbert awaits his COVID-19 test results. “He is now in good spirits and asks for your prayers and positive vibes as we keep faith that he recuperates quickly,” said Stephenson. With the help of Minister of Culture, Olivia ‘Babsy’ Grange and Minister of Health Christopher Tufton, COVID-19 tests for Hibbert and his management team were said to have been expedited, and results should be forthcoming shortly. Other members of Hibbert’s close circle have started to show symptoms of the virus and have since been tested and are self quarantined. The aforementioned tests were conducted at the University Hospital of the West Indies (UHWI). 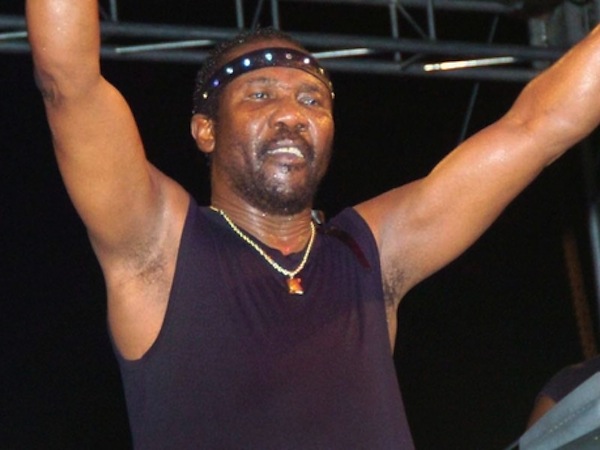 “Babsy has been very instrumental in making sure that Toots was properly taken care of as she got in touch with the Ministry of Health at an early stage and ensured that things went smoothly. She has called night and day to check up on him, we thank her for her intervention,” Stephenson said.

Toots Hibbert, whose real name is Frederick Nathaniel Hibbert, hails from the parish of Clarendon but moved to Trenchtown during the 1960s, where he formed The Maytals. The group quickly garnered fame, which saw them touring with top UK and American bands such as The Eagles and the Whos. The group recently released their most recent album, Got to Be Tough, on August 28th.

Toots and The Maytals have long been credited with bringing reggae to the masses, revolutionizing a new genre from the current popular sound of the time, Ska and Mento. “Try to imagine chatting with Little Richard or Elvis Presley about rock ’n’ roll, or with Hank Williams about country music—he’s that kind of foundational legend,” reads an exert from Vogue Magazine’s latest feature on the artist.