Shenseea got her Shengyengs excited after posting a photo of her belly.

Dancehall baddie Shenseea shared a recent image of her tummy that has now left fans quite unsure of what’s happening. The image from the “Sure Sure” artiste was nothing close to coy, and inched more along the provocative and mischief-making lines, especially when one considers the smile she is wearing. Shen dropped an even more ambiguous caption below the image, stating, “I’m used to this.” The post quickly caught the attention of her near 3 million followers, with her newly formed friend and fellow entertainer Jada Kingdom pulling up in the comment section to say her piece.

“Nuh jus yesideh yah tell mi seh yu nave nobody fi breed yuh? No sah mi shook!” mentioned Jada Kingdom, who was obviously previously blessed with some off-air information pertaining to Shenseea’s love life. Apart from her adorable son Raj and her management personal including Romeich and Rvssian, the “Temptation Overdrive” singer has not been openly spotted with anyone who could be classified as a lover. Nonetheless, we should never forget that entertainers can be pretty crafty in hiding their love interests. This must have been the basis used by a couple of Shenyengs who proclaimed that the deejay must be pregnant. 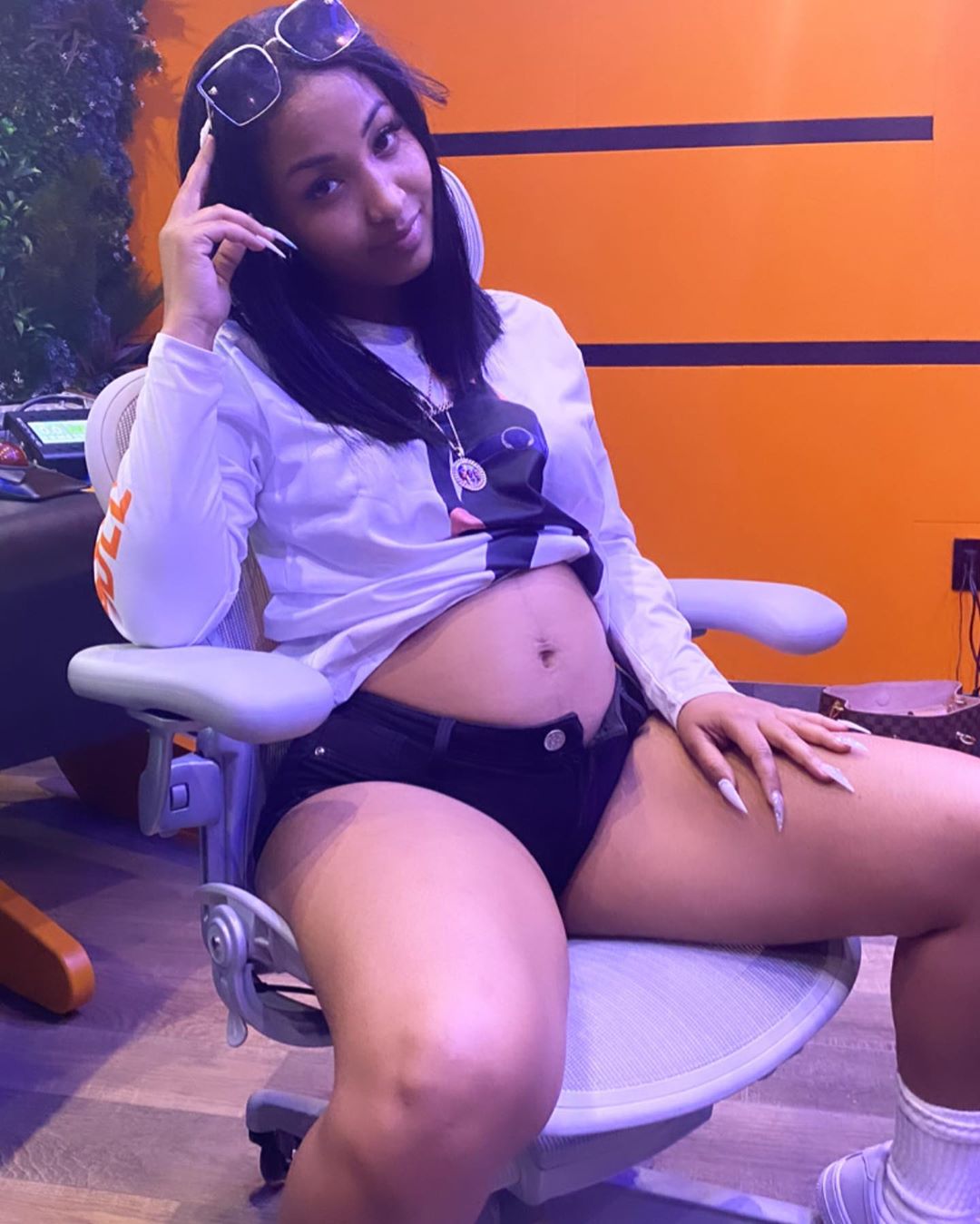 “She have a son but she egg dem nah done lay down she ready fuh ah gyal babyyyy yeahh,” one fan wrote, drawing lyrics from Shenseea’s track “Tie Me Up.” Popular entertainment platform Sleek Jamaica called for exclusives on anything pertaining to the baby on the way. Meanwhile, other fans pointed out that there is now ‘pregnancy line’ on her tummy that was not there before.

However, not everyone was caught up in the baby fever, and some quickly labeled the bulge protruding out of the rim of her unbuttoned shorts as nothing but weight brought on by quarantine and overeating. Dancehall singer Shaneil Muir dropped suggestions of what she thought Shenseea had consumed. “One big deal, famous bowl, 2 biscuit and 1 corn. No fork,” she said with a couple of laughing emojis. Shenseea sided with Muir, saying “ur right caa me nyam di fork to. craving u nae know?”

After analyzing the image on her timeline and a couple of others shared on her IG Story, it was quickly evident that she was downing a couple of shrimp cocktails and strawberries, possibly while taking a break from the studio session with her Interscope Records partner and her manager.

We are sure if Shenseea was indeed pregnant, should definitely be breaking the news some other way. It was still fun watching fans battle it out in the comment section.

I'm used to this