Chris Brown is livid after fans drag his name into the potential assault case involving Megan and Tory Lanez.

Ever since news surfaced in early July that Megan Thee Stallion was shot and Tory Lanez was arrested for carrying a concealed weapon, the situation has been a hot topic on social media. Further fueled by Megan’s confirmation that Tory was indeed the shooter, the story has continued to dominate the conversations online for weeks.

Chris Brown has been one of the focal points when discussing the propaganda, and the singer is not at all happy about it. Many people chiming in on the incident will not let Brown forget about his 2009 assault on his former girlfriend, Rihanna.

It’s kinda bizarre when you think about it, seeing as the current situation has nothing to do with the singer. After his name was mentioned in the controversy so much that he actually started trending, Chris took to Instagram to insist that he wants no part of it. 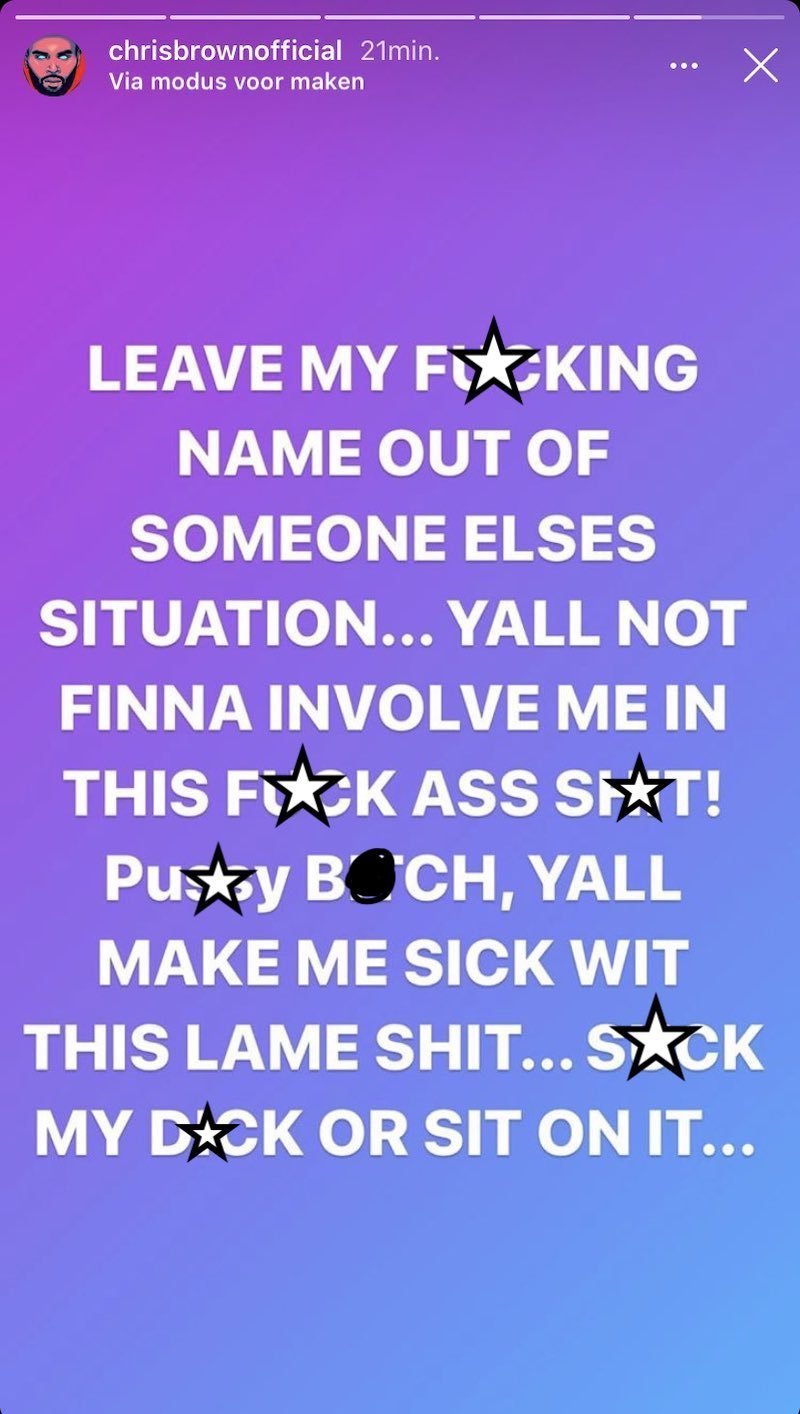 It was no secret that Chris Brown wasn’t exactly absolved of the crime back then, and it has followed him for his entire career. That is hardly an excuse to rehash his past in light of someone else’s sordid actions. One fan on Twitter reminded everyone of the stark difference between Chris Brown and Tory Lanez, which is that Brown took responsibility and did the time. Meanwhile, Tory Lanez is still not in custody and is allegedly trolling Megan on social media.

“Let Chris Brown out of this Tory Lanez mess. Unlike Tory, CB took all the blame, full responsibility and apologised infront of the entire world. Even [though] she started it first. He had his music banned, went to jail and the woman involved forgave him. WTF is wrong with you lot,” the Breezy supporter wrote.

As asinine as it sounds and is, it appears Chris Brown is getting more criticism than Tory Lanez in this situation. Let’s try to remember who allegedly pulled the trigger here. Check out some of the reactions to Chris catching all the heat below.

Tory Lanez shot Meg and somehow y’all spin this onto Chris Brown who has NOTHING to do with anything? pic.twitter.com/MLZmuUWZAP

Megan: Tory Lanez shot me. I cant believe he really hurt me like that..

How is Chris brown getting more shit than Tory Lanez when Tory is the one that shot Meg?????? pic.twitter.com/MSACAG6zdf

Y’all bringing up Chris brown and taking the attention off Tory. I don’t like that. Stay focused on that bitch Tory until meg get her justice. pic.twitter.com/xisuhmcZZF

Yikes people will litterly never forget Chris Brown ? you in the hall of fame now ????? Like Ike turner, Tory bitch Lanez your name will always be mentioned ? pic.twitter.com/TEwFcxoQM1