NBA YoungBoy sends a chilling threat to Fredo Bang as the two of them beef on Instagram.

Youngboy Never Broke Again announced today that fans can expect a full album from him on September 11th titled Top. While plenty of followers were nothing but positive about the news, apparently, an unintended scheduling conflict left at least one individual a bit annoyed. It seems NBA’s rival and fellow Baton Rouge native Fredo Bang already had plans to drop new music on the same day, and responded to the announcement with a post to his Instagram stories reading, “Guess Me & My Son Dropping Together,” along with two laughing emojis.

Youngboy wasn’t too happy about the sarcastic comment, responding with a violent threat by writing, “Ima catch you & bang yo scary a*s”. He also added a video to further express his anger over the situation, calling out Fredo in more ways than one. “You a bum, you b*tch a** n***a. You a b*tch,” he says to the camera. “Stop running from me. I ain’t even in competition with you. Stop writing me. You a hoe.” Not ready to stop there, NBA YoungBoy uploaded a second video, adding, “I could f**k any b*tch. I could f*ck your momma. You a b*tch. You a pure b*tch.” 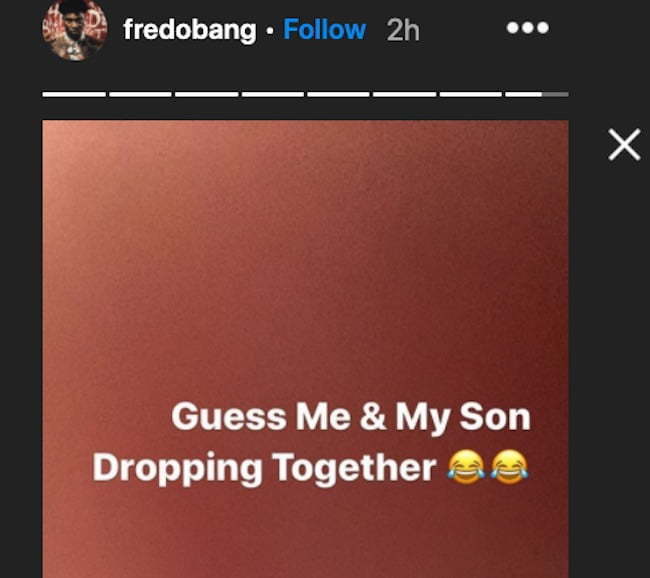 The reaction seems a bit overdramatic considering Fredo Bang is already the underdog and didn’t threaten Youngboy to begin with, but obviously, NBA YoungBoy has no patience for someone he considers to be beneath him, suggesting that he is his “son.”

YoungBoy’s album is anticipated to do well, so it seems unlikely that he has anything to worry about as far as sales go. Although the feud between NBA and Fredo goes well beyond record sales, especially considering reports that a shooting that targeted NBA and injured his then-girlfriend last year is thought to have stemmed from an ongoing beef between the two rappers. Hopefully, they can cool things down soon and prevent any further violence.