Rapper Fivio Foreign is doing okay amid reports he was shot at in Atlanta.

Multiple sources have confirmed that a shooting occurred at Atlanta’s Eleven45 club, where Fivio Foreign was expected to perform at an event. It appears that before the event could even get underway, gunshots rang out, hitting a black Suburban SUV where the rapper was allegedly traveling in. At least one man on the scene when police responded used his phone to capture some clips of what went down.

Murda Beatz was one of the early persons close to Fivio who posted about his alleged killing. “Rap game f**ked up rip Fivio,” he wrote on his Instagram Story. Beatz later deleted the post and apologized for spreading false information. “My deepest apologies,” he wrote. “I got a call from a friend in Atlanta who gave me false information. Thank god he’s ok and sorry for posting without confirmation anyone I upset by my mistake.” 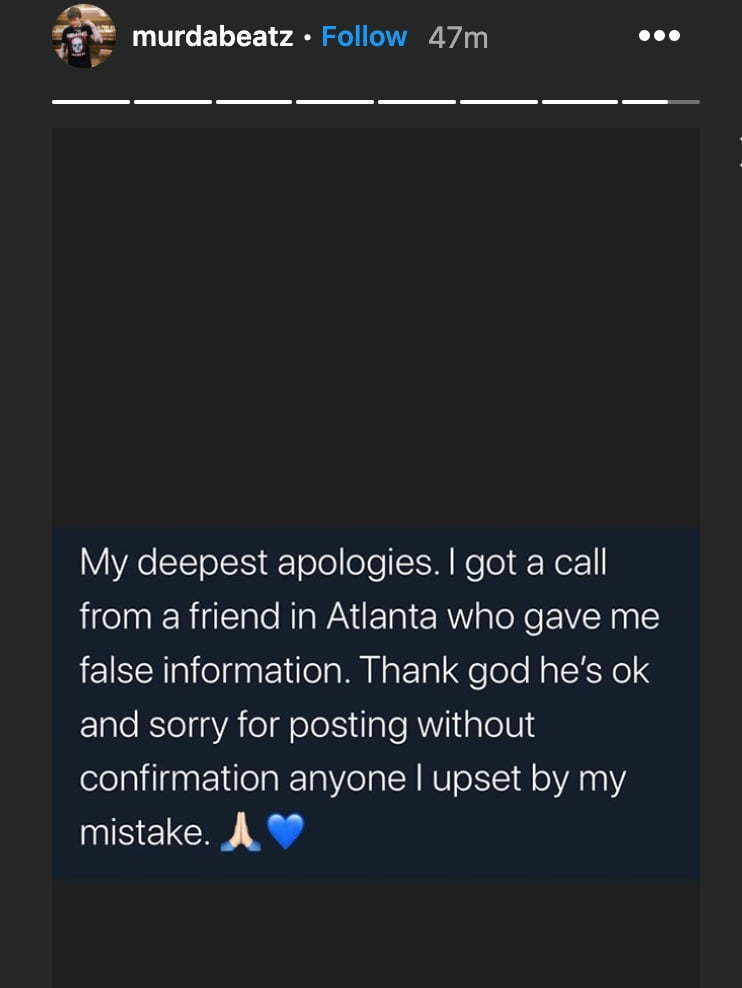 Sources close to Fivio Foreign have since confirmed that the New York rapper is alive and well. No additional details about the shooting outside of the club were made available. Thankfully, Fivio is doing okay, and he did not become another statistic of another promising rapper.

I just got word that Fivio is OK

Prayers Up For Fivio Foreign! pic.twitter.com/ixcKeQhhys

Fivio in the hospital seeing the screenshot of Murda Beatz saying he was dead pic.twitter.com/dsVteNn1Ph