Dipset! Rapper Juelz Santana has finally been released from prison after an almost two-year bid.

Juelz Santana, given name, LaRon Louis James, was sentenced to 27 months in prison back in 2018 after a dramatic event at the airport. While attempting to board a flight at the Newark Liberty International Airport, TSA found a loaded .38-caliber handgun and Oxycodone pills in his carry-on luggage. He quickly fled the scene, leaving his passport and luggage behind. Thankfully the rapper turned himself in shortly after. He was subsequently convicted of weapons charges and accepted a plea deal.

Now the New York rapper can finally celebrate his freedom as he returns home to his children, a free man. Just before his prison term, his wife Kimbella announced that she was with child. Juelz missed the birth of his baby boy and the first year of his life, but now the pair meets for the first time and is certainly a joyous occasion. The rapper was also able to reunite with his other children, who missed him dearly. 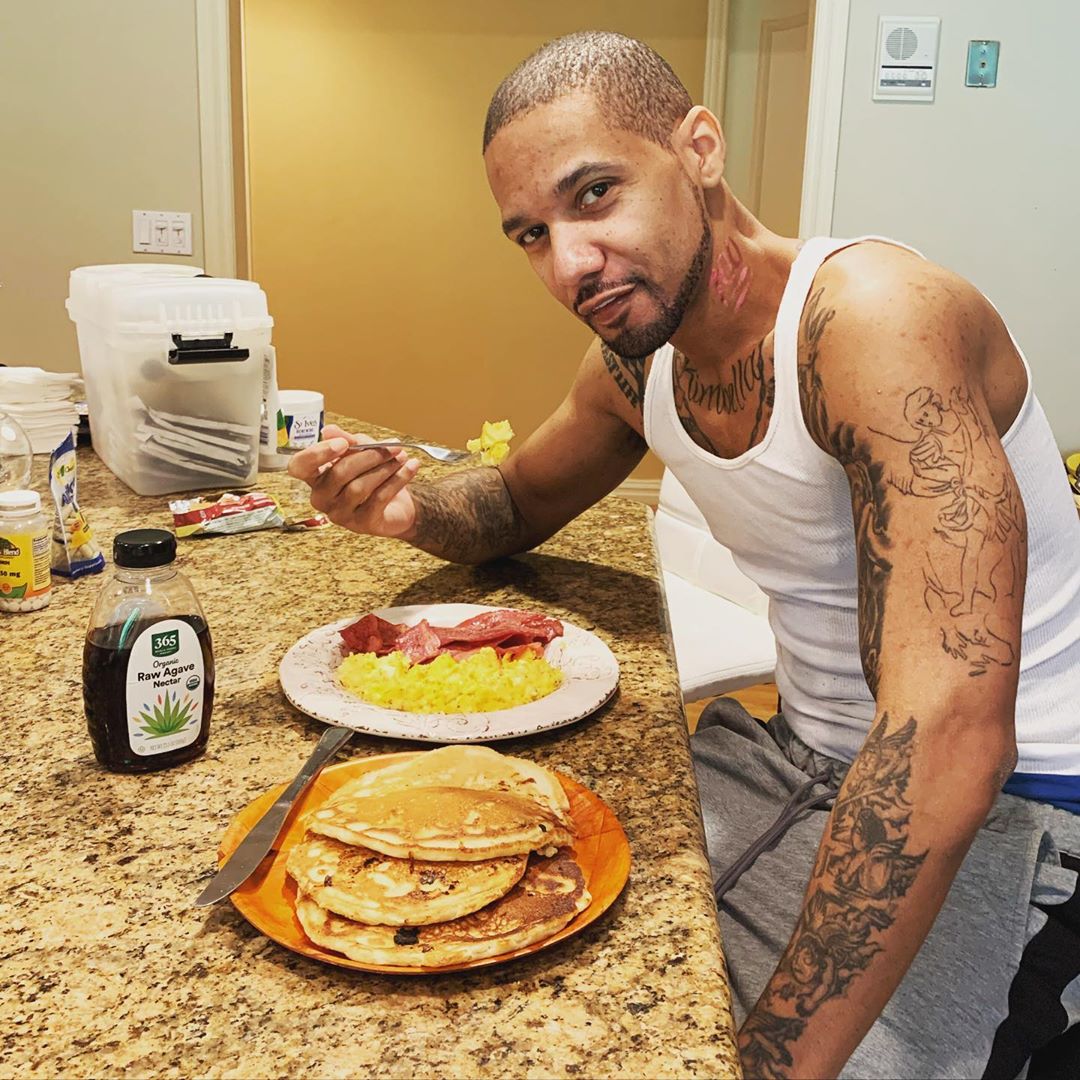 Upon returning home, the “There It Go,” rapper regained control of his social media accounts and quickly set off posting the touching moments of him seeing his son Santana who he shares with Kimbella and the sweet, heartbreaking moment he was finally able to wrap his arms around his older children.

In the images, Juelz can be seen wearing a plethora of celebratory merch emblazoned with “Santana Free.” His friends and family also rock the same merch. It is definitely a moment that deserves an uproar of rejoicing. In another image, he can be seen embracing his toddler son, Santana, in the car.

“I missed my family.. GOD is good,” wrote Juelz on another heartwarming image. He is seen giving a big hug to his daughter Bella Monroe and his son Juelz.

This moment is heightened by the fact that the rapper was not yet slated to be released from prison until next year. However, his attorneys have been petitioning endlessly to have him released early due to the Coronavirus pandemic, and a judge finally agreed. The early release was set for last week, but Kimbella shared with fans that “some sh*t happened,” which delayed the event.

We hope he is able to make the best use of his opportunity now that he is back home with his family where he belongs. In the future Juelz, leave the guns at home when traveling. Just a word to the wise.