Tekashi 6ix9ine is getting ready to start trolling Meek Mill on Instagram as his house arrest official comes to an end today.

Life has been a rollercoaster ride for Tekashi 6ix9ine after his recent release from prison. The rapper who earned a reputation as the biggest snitch of all time after deciding to cooperate with federal authorities in a case against fellow gang members popped back into the rap game like nothing had ever happened. It seemed he was determined to prove that street code no longer held much weight for a rapper’s career, and he quickly released several successful hits while routinely throwing shade on social media at everyone who ever doubted him, However, it wasn’t long before his lawyers worried that his enthusiastic presence in the public eye was putting him in danger. As a result, 6ix9ine logged off Instagram for a while ahead of his release from house arrest.

Now it seems that Tekashi is ready to get back in the headlines after relaunching his IG account to celebrate his new level of freedom. The account has yet to share any posts, but we all know it won’t be long before the rainbow-haired rapper starts stirring up drama with his peers. According to TMZ, Tekashi’s lawyers announced that he will be having his ankle monitor removed on Saturday and will transition to a “supervised release” for the next five years. This means that while he is able to freely move about New York state, he will be required to have regular check-ins with a probation officer and request special permission to travel out of state.

Considering the limits of his probation as well as the danger he might face going out in public, it would seem that 6ix9ine is facing some serious hurdles in his career. However, given the unprecedented state of the world due to the coronavirus pandemic, he may actually be able to pull off a full return to the rap game. Artists aren’t able to tour right now anyway, so virtual performances are a platform that may be able to keep Tekashi afloat. For now, most of us are just anxiously awaiting his next scandalous move on social media. 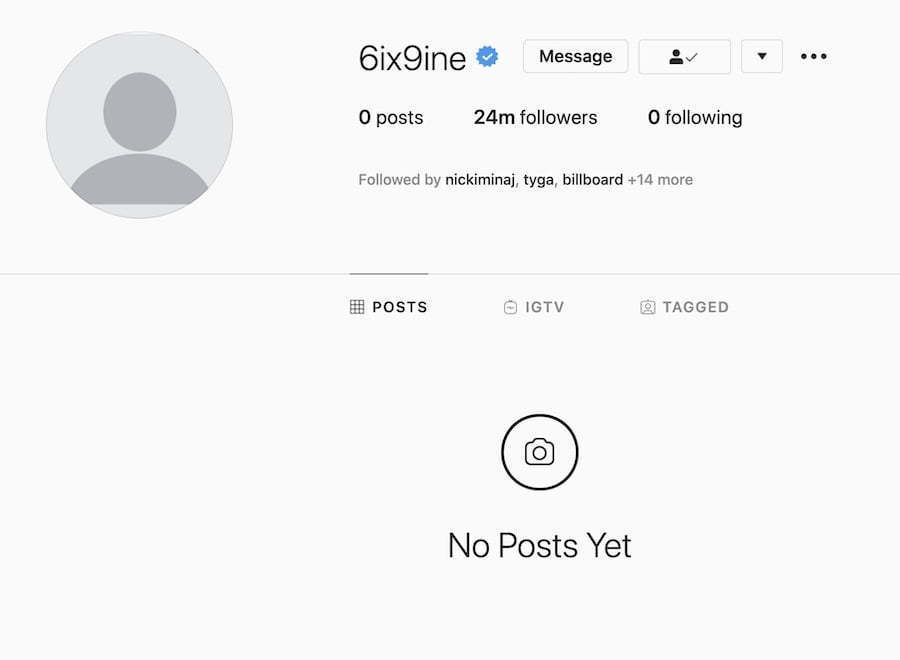