Megan Thee Stallion teared up on Instagram Love while speaking on being shot allegedly by Tory Lanez.

The Houston rapper has been silent for the most part about a shooting incident last month in Hollywood Hills that left her nursing gunshot wounds to both of her legs. Since the unfortunate incident, there have been several theories and rumors about what really went down, and until today, Megan Thee Stallion has only issued a short statement, saying that someone shot her. On Monday (July 27), she went on her Instagram Live to thank her supporters while shedding light on how she’s been doing and coping since the incident that left her hospitalized.

She kicked things off by addressing why she refrained from speaking about the shooting while assuring fans that she isn’t protecting anyone. 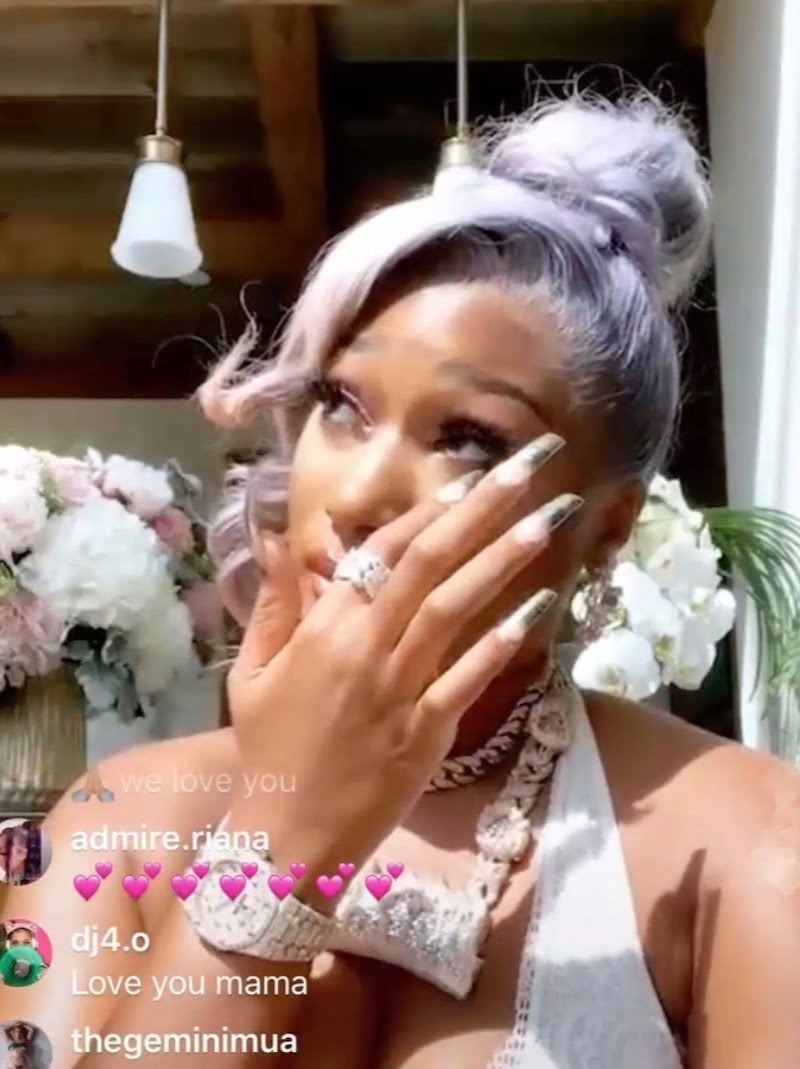 “I wasn’t protecting anybody, I just wasn’t ready to speak,” Thee Stallion said on Instagram Live as she gets teary-eyed. “That’s not no sh*t you just immediately get on the internet and start talking about and that’s a lot of y’all mutha****in problem. Y’all take y’all whole life to Instagram and Twitter and make it a f***in’ diary and that’s not, that’s not me. So, f**k y’all and them fake a$$ blogs and y’all fake a$$ sources and my fake a$$ friends.”

Megan confirmed that she was shot in both feet, but credit her late mother, father, and grandmother for looking over her because the bullets didn’t hit her bones or tendons. “Thank god the bullets didn’t touch bones or break tendons,” she said. “Like I know my momma and my daddy and my granny had to be lookin’ out for me.”

Megan Thee Stallion also took a jab at some recent stories about what went down. Just last weekend, Adam22 floated a story about Kylie Jenner being at the center of a fallout between Megan and Tory Lanez, which ultimately lead to her being shot. She didn’t mention Tory by name or what happened why she was shot, but she was clearly emotional while speaking about it.