Iggy Azalea is speaking out on her lawsuit involving French Montana’s brother.

It seems that gossip sites can’t get enough of Iggy Azalea, from her post-baby snapback secrets to what she decided to name her child. Last week, however, the Australian singer was forced to respond to a set of incriminating claims, blasting pages that were spreading the rumor that she was liable for a 2018 car accident and being sued for $250,000. It turns out that reports that surfaced on The Blast on July 22 were not entirely true and the “Work” rapper took to her social media to clear the air.

Iggy Azalea and French Montana were allegedly dating around the time the incident occurred, though neither of them has ever confirmed. Nevertheless, it was the “Freaks” rapper’s brother Ayoub Kharbouch who was behind the wheel of Iggy Azalea’s grey Jeep Wrangler at the time the vehicle hit Jeffrey Linett while he was rollerblading. According to Linett’s lawsuit, Kharbouch was driving “recklessly and carelessly” while focused on Snapchat, and the plaintiff first sued for an unspecified amount in 2018 before his recent demand of $250,000 for medical bills and emotional stress.

Outlining that she is “not personally being asked to pay out any amount of money, have not been summoned to a single court date & genuinely don’t even get updates on the case as its outcome is not relevant to” her, Azalea flatly denied liability and told the sites to go get their story in check.

“I’m seeing my name on some gossip blogs today and I want to make it clear this is a false story,” she said in her IG story. “Please remove this inaccurate story from your pages if you’ve reported it, or at least report the story correctly. My name is mentioned in a lawsuit from 2016 because I was the vehicle owner of a car that was involved in an accident. I was not on the scene & I have never had direct involvement in this suit as per the judge’s orders — I am not liable.” 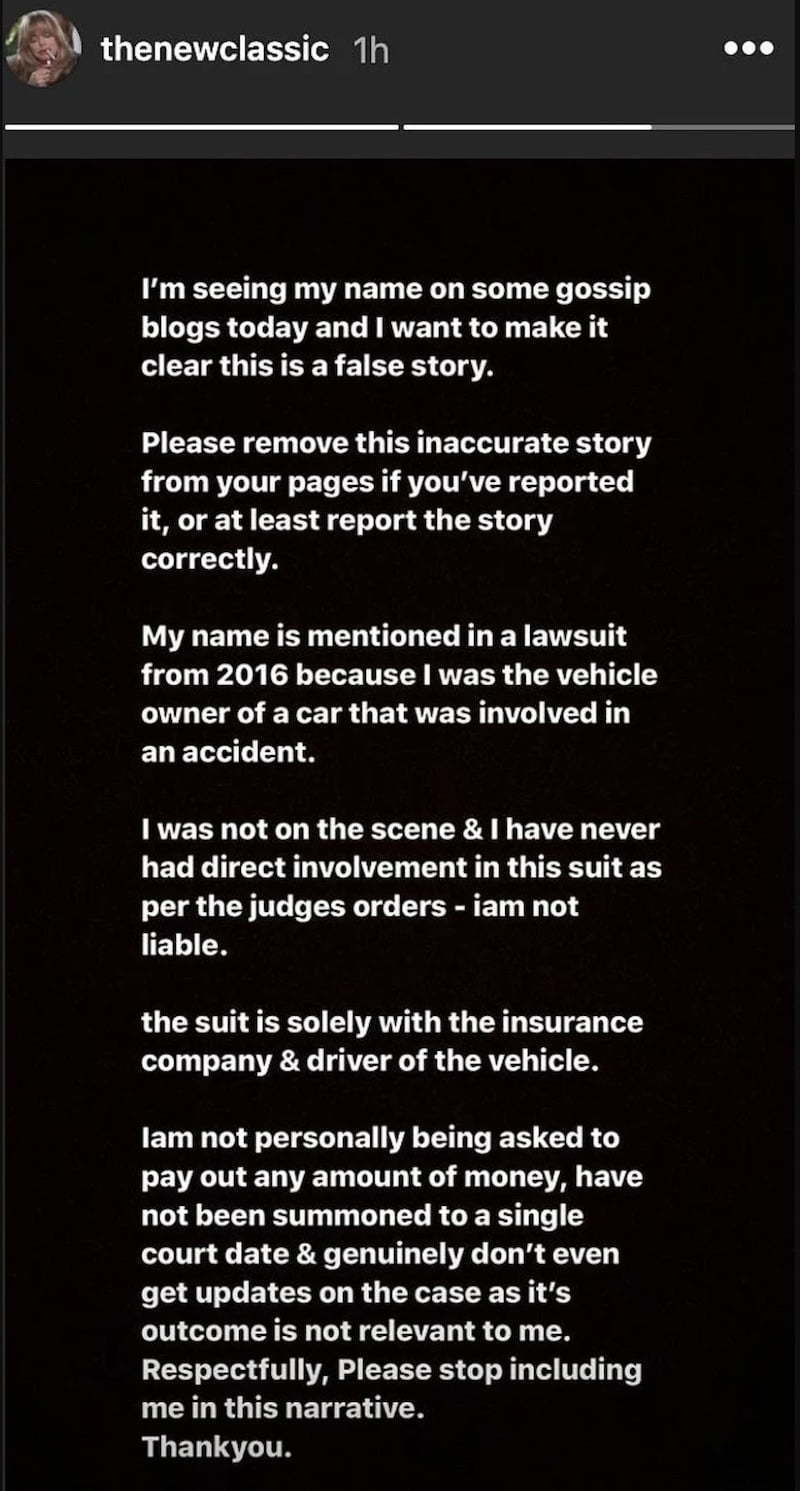 Iggy Azalea is all too aware of the negativity that comes with the media’s glare and has said that Kylie Jenner’s success in keeping her pregnancy a secret inspired her own decision to do the same. Certain that the sites will still be looking for more twists in the car accident case, she left a clue on where they could go digging—”This suit is solely with the insurance company & driver of the vehicle,” she said.