A new photo of Meek Mill and Kim Kardashian is making the rounds and is cut against what Kanye West said.

Over the last week, Kanye West has thrown around so much outlandish commentary it has become hard to keep track. Some offensive and nonsensical remarks were made at his presidential campaign rally in South Carolina over the weekend, while many other confusing accusations and rants were posted in a series of tweets earlier this week. Among the announcements made in the Twitter tirade were comments about his seemingly tumultuous marriage to Kim Kardashian-West, including a claim that the rapper has been wanting a divorce ever since Kim met up with Meek Mill at the Waldorf in Los Angeles.

The comment came off as an obvious accusation aimed at Kim, perhaps suggesting that the two met under suspicious circumstances. ‘Ye clarified his perception of the incident, saying, “Meek is my man and was respectful…That’s my dog…Kim was out of line.” 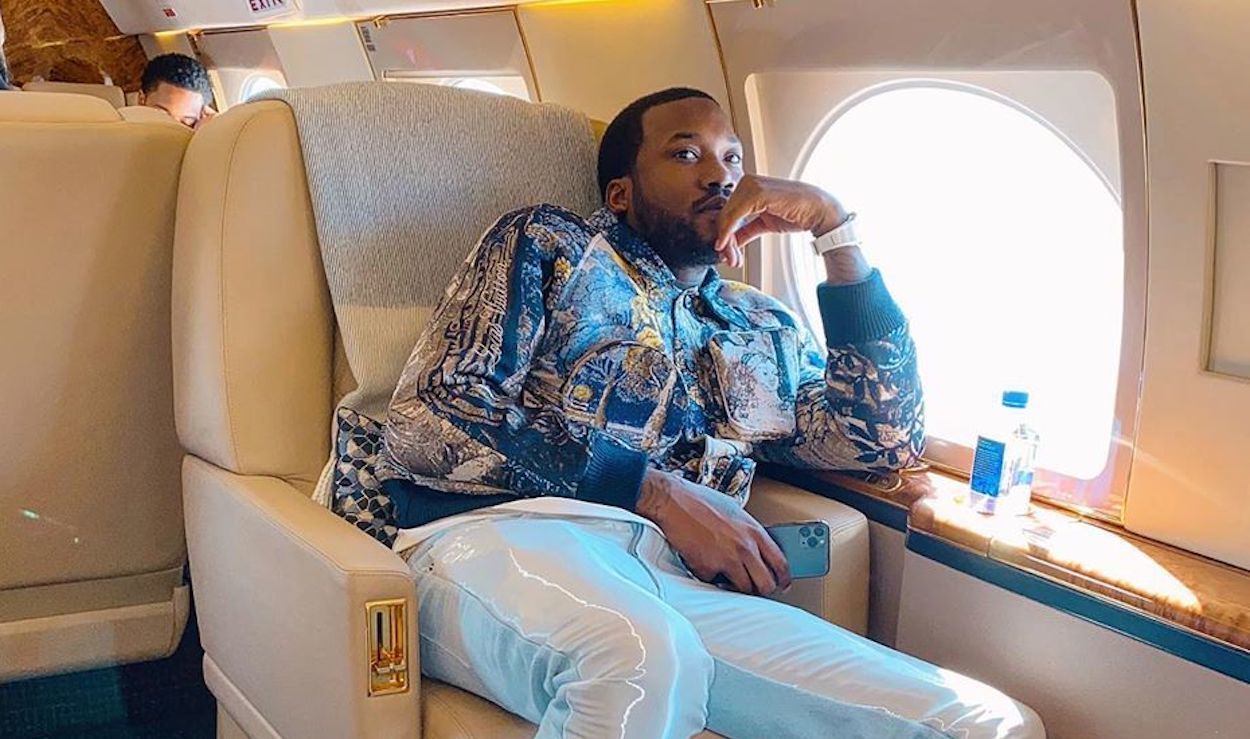 Meek Mill quickly replied to the suggestion with an indirect tweet, writing, “Sh*t is cappp cmon…..” Now, TMZ has released an image of the lunch in question that clearly shows Kim and Meek sitting at opposite sides of the table during a conversation with philanthropist Clara Wu Tsai. The three were meeting to discuss prison reform—a topic that each person present has a vested interest in.

The photo only proves what everyone already suspected, showing that the lunch was nothing but business and Kanye West is indeed flying off the rails. After a pattern of erratic behavior and the public announcement that his family was attempting to have his committed for psychiatric treatment against his will, Kim released a statement about her husband’s condition. Explaining that ‘Ye is in the middle of a bipolar episode, Kim asked that her family’s privacy be respected at this time and that people refrain from judging Kanye too harshly for his words or actions when he is clearly in a place of distress. Let’s hope Yeezy decides to seek professional help very soon.

Photo from the meeting between Meek Mill and Kim Kardashian that Kanye was referring to pic.twitter.com/zXtdbY9NKX