The Queens rapper confirmed months of pregnancy rumors earlier this week when she announced that she is expecting. The “Trollz” rapper shared a photo of herself in a blonde curly wig and a decorated bikini showing off a large baby bump. “#Preggers,” she captioned the pic, which received a flood of congratulatory comments. Nicki Minaj first hinted at her pregnancy last month when she asked her Twitter followers what it meant that she had cravings for red meat and jalapeños.

Fans of Lil Nas X wanted to know his thoughts on Nicki having her first child, and he obliged by responding on his Insta Story. Posting a picture of Squidward from Spongebob Squarepants, the “Old Town Road” rapper wrote, “I should’ve been the baby that should’ve been me.” Lil Nas came out of the closet for a second time a month ago as he confessed that he is a member of the Barbz, Nicki’s hardcore fan base. 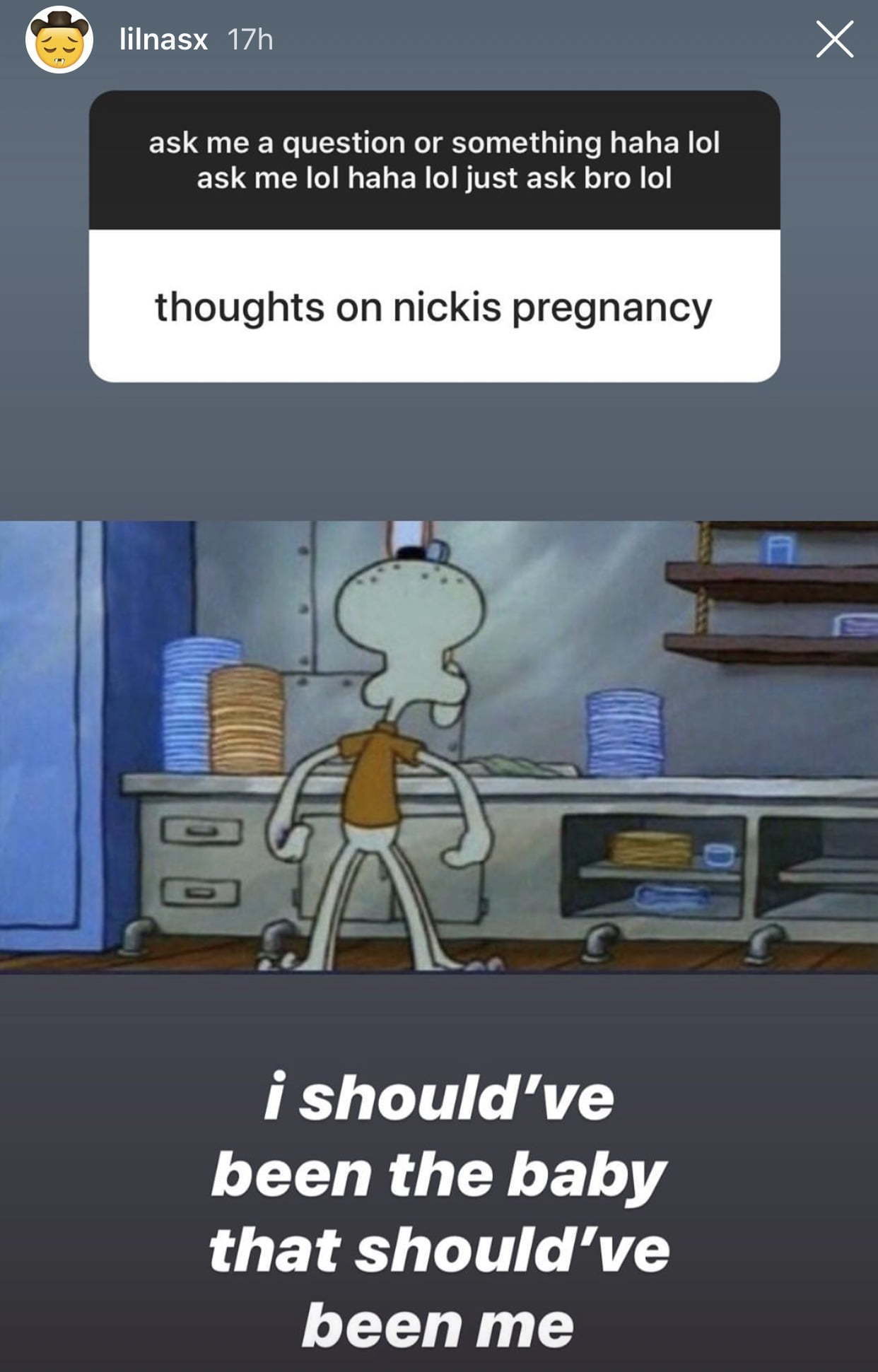 It turns out that the 21-year-old used to run the fan account @nasmaraj, combining his stage name and Nicki’s real surname. He revealed to his Twitter followers that he kept his love for the female emcee a secret as he didn’t want people knowing that he was gay. It has now been just over a year since Lil Nas came out during Pride Month.

Nicki responded to Lil Nas, saying, “It was a bit of a sting when you denied being a barb, but I understand. Congratulations on building up your confidence to speak your truth.” We can only imagine her reaction to his wishing he was her baby!