August Alsina capitalizes on his relationship with Jada Pinkett-Smith, releasing a new single titled “Entanglements,” which features Rick Ross. The whole August and Jada situationship has sparked the new 2020 trend, “entanglements”. Three weeks ago, during an interview with Angela Yee, August confessed to having a sexual and intimate relationship with the actress with her husband Will Smith’s blessing. The world simultaneously gasped as rumors of this had been circulating for years, but all those involved had repeatedly denied it. More so, fans had always heard that Jada and Will have an open relationship.

The internet became obsessed with finding out the truth of the story as claims started popping up that Will and Jada Pinkett-Smith denied August’s statements. Sometime later, Jada decided to bring herself to the table, joined by her husband Will on their show Red Table Talk. Jada finally admitted what we were all waiting to hear, with her own twist on it, “I got into an entanglement with August.” 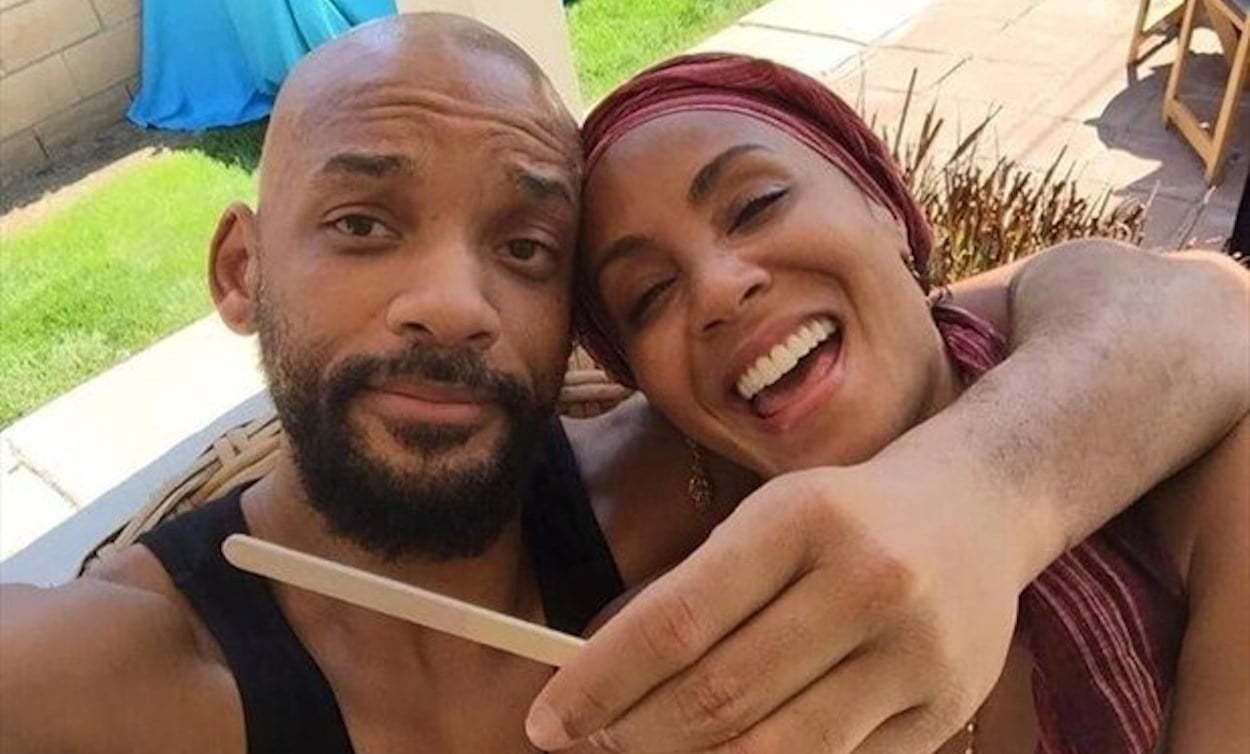 This led to a plethora of hilarious memes as fans and celebs joked about Jada, referring to her relationship with August Alsina as an entanglement. For every situation, you could now find the word entanglement used as an expression. So much so that Rick Ross actually joked about August releasing an album named “Entanglement.” During a video clip a week ago he stated, “That boy August [Alsina] got real talent now. That n***a can really sing, now. Entanglement, the album, coming soon.”

It seems August took Rick’s words to heart as he has officially dropped off a single titled…you guessed it, “Entanglements.” The singer even went as far as getting Rozay to spit a verse on the banger. The artwork for the track is a silky flowing red sheet. On the track, August sings, “The definition of entanglement is when you tangle in the sheets, girl I know that we don’t call me no relationship but you’re still f**king with me,” to the excitement of fans who just cannot contain themselves at the reality of the situation. August makes reference to Jada going back to her husband after they parted ways, calling her “cold-hearted.”

He smoothly sings, “I’m being honest baby don’t want no strings attached/You just want a ni**a that’s gone break your back/Hell, no I ain’t about to play with that/You left your man to f**k with me just to get him back/Don’t you know that’s cold-hearted?/Once you’re gone no coming back, girl you’re f**king with a yungin.”

Rick Ross raps, “Shorty leaning on my shoulder got her questioning my willpower/Jaded by her beauty but her reputation real solid/Living like it’s no tomorrow/Met your boy with open arms/Told you all my darkest stories, promised that you’d walk the part/Keys to over 40 cars/Left me with a broken heart/Still I gotta get around favorite artist was Tupac/Watch a movie then we freaking/Tangled up I’m getting deeper/Do this sh*t like every weekend, guess I’m just a little secret/Saddest part is I still love you just to keep it simple.”

“Entanglements” is out now on all major streaming platforms. Listen to it below.