T.I.’s wife will not be getting into an “entanglement” any time soon if he can help it.

Entanglement is the word of the moment thanks to Jada Pinkett Smith and August Alsina. A few days after the “Nunya” singer opened up the Pandora’s box, which contained the secret of their romantic union, Jada confirmed the affair by saying she had had an “entanglement” with August. Since then, “entanglement” has shown up in a multitude of situations, including T.I.’s birthday message to his wife.

T.I. has been with Tiny since 2001 and the couple have two sons and a daughter, as well as children from other relationships. “20 times on 7/14 We’ve found so many different ways to celebrate you and you magnificent existence…. and this one shall be no different,” the “Live Your Life” rapper wrote in his Instagram post. “May nothing hurtful harmful or dangerous Interrupt this Lifetime Entanglement (just had to).” 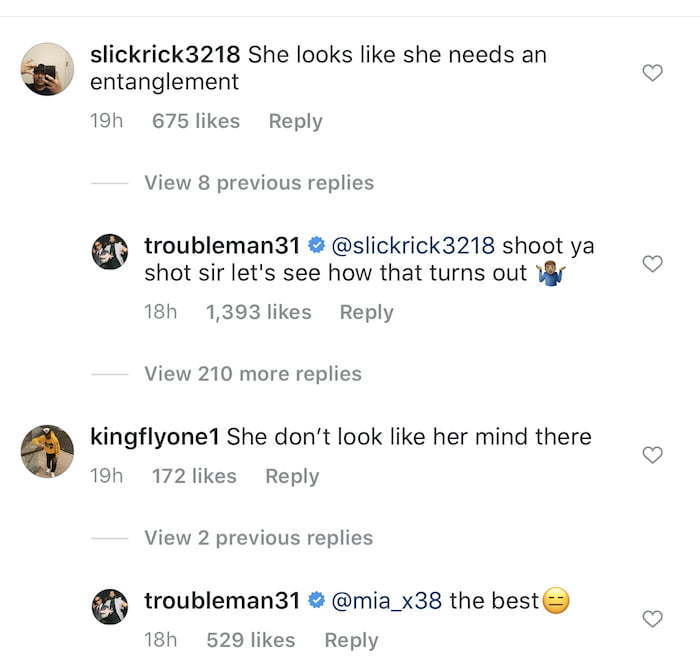 Will and Jada seem to be trying to mend their marriage following the entanglement reveal as they are currently taking time out of the public eye in The Bahamas. The Hollywood stars appeared on Red Table Talk where they disclosed that Jada’s affair had come at a point in their marriage four and a half years ago when they had separated. Will Smith was not even sure whether he’d ever speak to the Matrix actress, with whom he has two kids, ever again.

At one stage, Tip and Tiny had relationship issues of their own, with the latter filing for divorce. The couple ultimately reconciled without any “entanglements” that we know of.

Everything I need….all in one pic?? Happy Gday Mrs H. Stay tuned… The best is yet to come?