Nick Cannon dragged The Game into his Instagram beef with 50 Cent.

Nick Cannon plays with fire as he comes hard at the King of Trolling, 50 Cent, calling him a clown. The talented and comedic media personality, Nick Cannon, is currently embroiled in a sensitive and heated feud with ViacomCBS. This is a result of an episode of “Cannon’s Class,” which was aired on June 30th. During the episode, Nick shared his thoughts on the struggles black people face as he compared it to how Caucasians lashed out against melanated individuals out of fear.

He stated that individuals with lesser melanin are taken over by fear, which causes them to have low self-esteem, leading them to vile acts such as rape, robbery, and murder. “Melanin comes with compassion, melanin comes with soul. The people that don’t have it are, and Imma say this carefully, are a little less,” he explained. 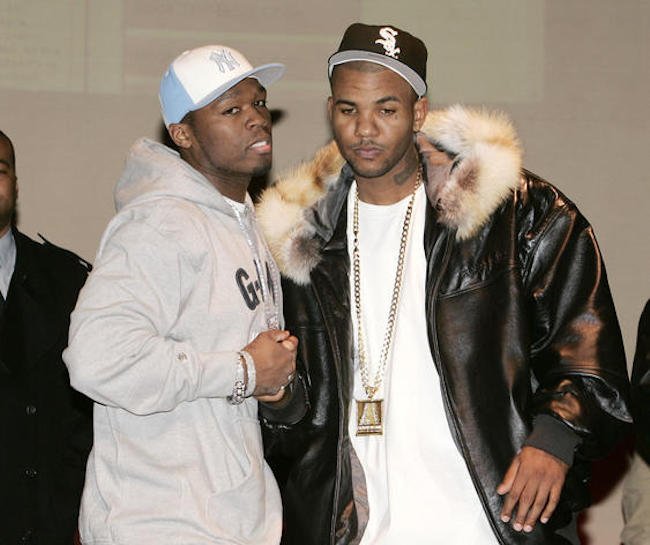 Following this, the actor was released from ViacomCBS over what they note as “anti-Semitic” statements. This directly meant that Nick would no longer be working on his popular comedy show “Wild N’ Out”. At the news of his separation from the company, many individuals have stood with Cannon offering their support, this includes cast members of his tv show. Diddy even extended the actor a job offer, letting him know that he is welcome to bring his show to Diddy’s company Revolt TV. 50 Cent on the other hand, has taken to roasting Nick, reveling in his pain. 50 Cent commented, “Damn Nikki what the f**k was you on that stupid a** podcast talking about? No More Wilding Out Huh! (Don’t worry Be happy).”

Fifty decided to take things a bit further, keeping his foot on Nick’s neck by conceptualizing and creating a TV show titled, “Out Wild” complete with the flyer and the whole works. On 50’s version, he commissioned actor & comedian Michael Blackson for the role of host. “Tune into my New show Out Wild starring @michaelblackson it’s kinda like a show that got cancelled. LOL,” he wrote in the caption for the flyer. 50’s trolling clearly knows no boundaries. He added, “@michaelblackson signed TF contract, let go i ain’t got all day and sh*t better be funny.”

This time, Nick Cannon fired back at Fifty, using rapper The Game to land the knockout punch. In the comment section for the “Out Wild” promotional piece, Nick wrote, “Hahaha It be your own people!! Feels like when @losangelesconfidential came in and took over G-Unit!! “Damn Homey, In Highschool you was the man Homey!!” He followed that up with numerous laughing faces and clown face emojis.

Fans have been attacking 50 for his antics, stating that he needs to quit it and support Nick in the cause of Black Unity. It is quite apparent though that Fifty really does not have a problem with people hating him, and he is known for making light of hurtful and sensitive situations. He’s always talking whatever comes to his mind. So far, he hasn’t responded to Nick Cannon, but we know it can’t be too far off.