What would you do with $25,000? Lil Pump might give you some inspiration.

Pump was out and about in Miami this week when he decided to make a grand purchase. The “I Love It” rapper was browsing TheArsenale, which is basically paradise for anyone obsessed with getting from A to B in style. The store prides itself on selling the “crème de la crème” and is known to sell luxury vehicles, airplanes, boats, and even submarines. In Lil Pump’s case, a bicycle caught his eye.

The two-wheeler is not like all other bikes. This particular bicycle is crisp white with affixed bags on either side of the seat, but most importantly, it is emblazoned with the Gucci logo. Lil Pump is known for being an avid fan of the brand, even titling his 2017 hit, “Gucci Gang”. The 19-year-old, who may have treated himself as an early birthday present for his 20th next month, shared snaps of his new velocipede on the ‘gram where he claimed that it set him back $30,000 instead of the reported 25-grand. According to Page Six, Pump was also eyeing a submarine with a price tag of $2.5 million, claiming that he may have to go underground for a bit.

Fans of the Miami artist probably feel as though he has been underground for the last few months. He dropped his sophomore studio album, Harvard Dropout, in February 2019, and announced in February of this year that he had decided to quit music before reassuring fans just a few days later that he was joking. 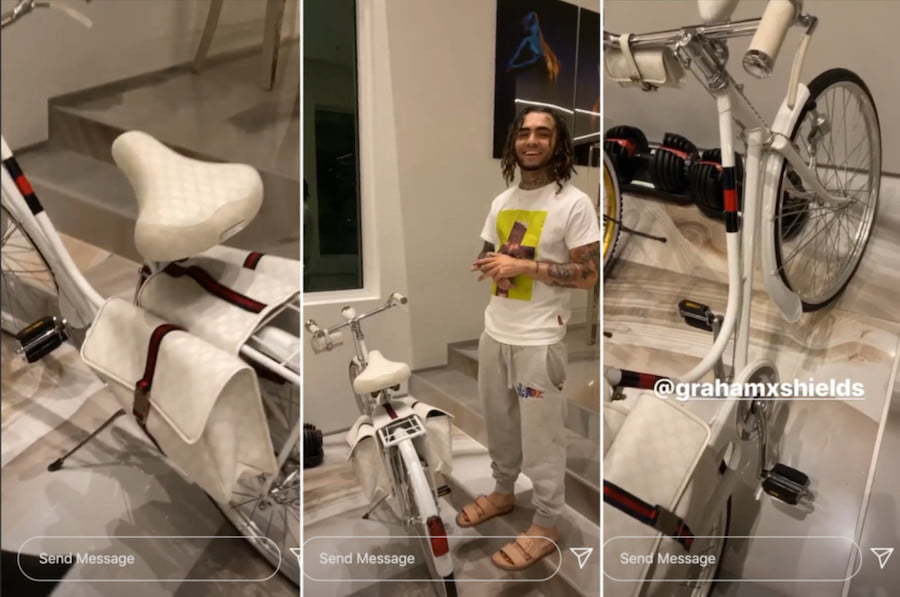