Nick Cannon’s girlfriend Jessica White revealed on IG that she has been struggling with infertility and also him getting his ex-girlfriend pregnant while they were on break.

Nick Cannon has a pretty avid career with Rapper, TV host, Executive Producer, Actor, Writer, Comedian, and Director credits all under his belt. He can also proudly exclaim that he is somewhat of a ladies man. Previously married to iconic singer Mariah Carey, the pair divorced in 2016. They also are the parents to twins, Monroe and Moroccan. Following his separation from Mariah and before their divorce was officially finalized, Nick began dating supermodel, Jessica White, in 2015. The pair have dated on and off since then which allowed Nick to welcome a child with Brittany Bell in 2017.

Over the past few weeks, Jessica has utilized social media to prove that she and her man Nick Cannon are still going strong. However, in the midst of their public love proclamations, Nick’s baby mama Brittany, revealed that she is expecting their second child. Fans were appalled, and many of them have taken to attacking Jessica on Instagram, which has resulted in her turning off comments on some of her posts with her bae. Undeterred in her intentions, she posted a new photo of the couple all snuggled up yesterday in a nude and erotic embrace. In her caption, she highlighted 2020’s new trending word “Entanglement,” which was birthed from Jada’s shocking admission that she had an entanglement (relationship) with singer August Alsina while she was separated from husband, Will Smith. 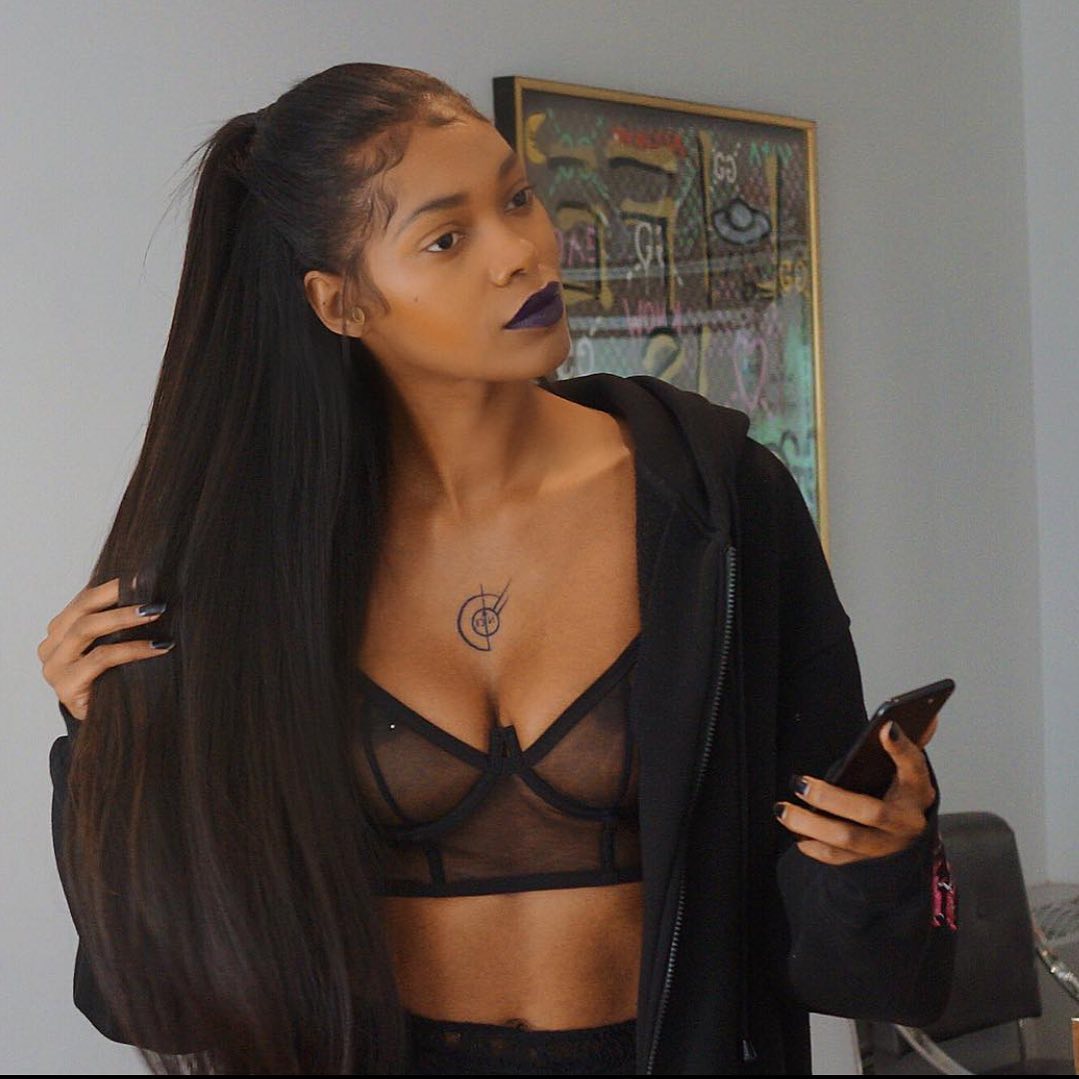 Jessica’s caption read, “Catch me don’t let me drop, keep loving me like you do… don’t ever stop. #myhero thank your for all your support on my new journey. #mylove #noentanglementshere.”

It seems Jessica slipped up and forgot to disable her comments as fans were quick to drag her for her unyielding commitment to Nick. One user stated, “It may not be an entanglement on your end but Issa entanglement. He gave everyone but you 2 kids a piece I’m not hating or teasing sis, I’m just saying that being that you are a Supermodel and he’s a cornball, you can do much much better.”

Firing off a vulnerable and honest clap-back, Jessica explained that she had suffered from a miscarriage recently and is facing infertility challenges. She endeared the user to never approach another female in such a manner going forward as she is unaware of the personal struggles one could be facing. “You don’t know anything about my life. If you did you would know how my partner and I struggled with infertility. I am a good women with a good soul and recently had a miscarriage.”

She continued, “When you all are spewing this negativity, you have no idea how you hurt other women. This is a part of my life that I struggled with, and frankly this is unacceptable. Who are you trying to attack? When you do this to people you are only bringing negativity and judgment to yourselves. I am choosing to clear this up once and for all. You all have no idea what I personally have gone through including the loss of my children with my partner. Please be careful with what you say to any women including me you don’t know their private pain people who have lost children go through. I will not tolerate this and I am standing up for myself and the countless other women who have infertility issues as well as the ones who have miscarried countless times. I wish you well. Think about your words they can save a town or destroy the village. Ase and be blessed.”

The user later apologized for her inappropriate and hurtful words, “I must say that I am 10000% sorry sis and am almost saddened and ashamed to tears. I honestly thought that the reason you guys did not have children was due to terribly long breaks in the relationship and you being a Supermodel having a very busy schedule. Never did I ever consider infertility. I am so sorry for the loss of your kids and I will pray for the safe delivery of your first surviving child. Never will I EVER bring up the fact that someone do not have children in fear of what just happened now.”

SWIPE: #Roommates, #JessicaWhite claps back in her comments after someone shades her relationship with #NickCannon and reveals infertility struggles. ?? (SWIPE for previous post)

Elsewhere in the comment section, another user wrote, “Nick is expecting another child with the amazing ms.bell. She really loves him and is so loyal. Do you feel like maybe you are getting in the way of all that….”

To which Jessica explained, “Nick and I have been together off and on for years. Their new child was conceived when we had temporarily broken up. Any child is a blessing. This is the last time I will answer these questions . I am no home wrecker at all. Nick was a free man at that time and can be with whoever he so chooses and for years that person has always been me. That is between him and Britney I support him through thick and thin as he does the same for me.”

At this point, all the emotion-laden saga could be avoided if people just minded their own business, a word to the wise.