“Date Ur Fada” by Ebony has gone viral on Tik Tok as the track hilariously describes a female who has decided to put her all into loving a guy. However, if said guy proceeds to break her heart, she will then savagely move onto his father, resulting in her ex now having to refer to her as step-mother.

The track blew up on Tik Tok a few months ago with users utilizing the savage plot to express their love for a plethora of celeb father and son pairings such as Will & Jaden Smith and Diddy & his three sons. Sadly the Ghanaian singer has since passed away, but the track is once again burning up the airwaves. 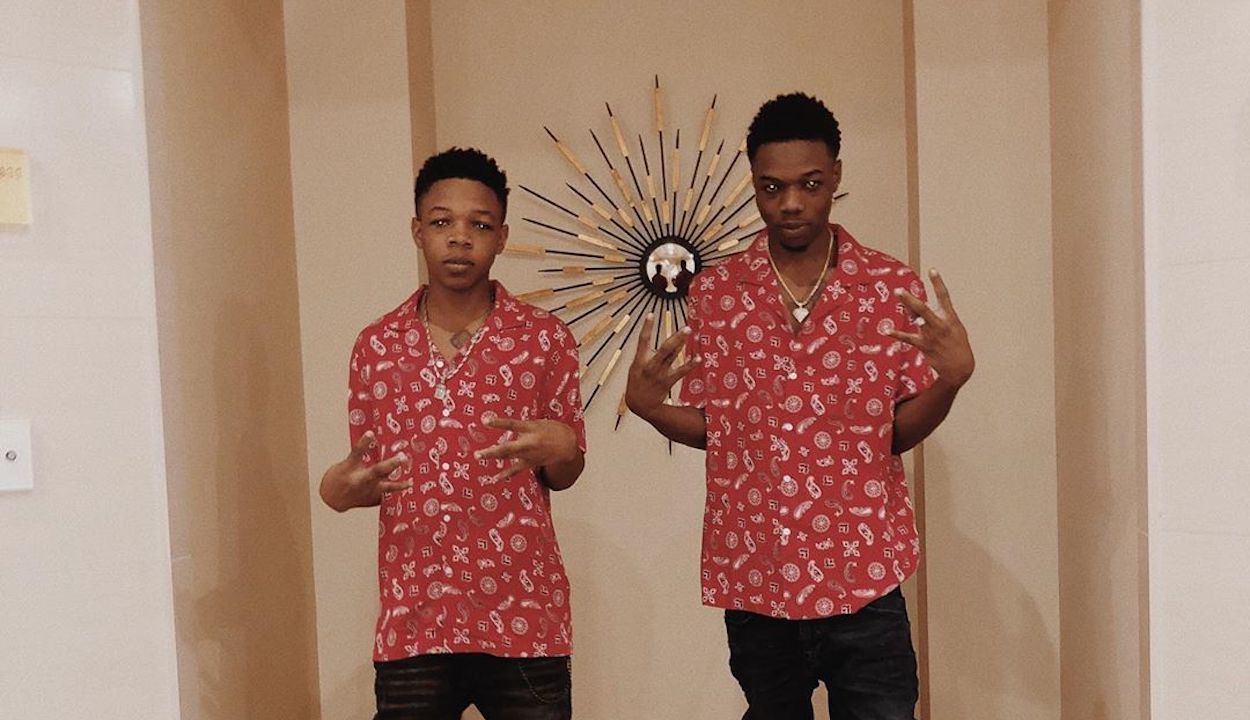 Taking to his Instagram page today, Dancehall legend Vybz Kartel posted two videos of young women dancing to the track, one with a visual of his son, Likkle Addi in the background, and another with Likkle Vybz. Mouthing in unison with the lyrics, both ladies lipsyncs, “Do anything for you. Sacrifice my life to be your wife. I’m gonna be there for you. But if you break my heart. I go date your fada. You gonna be my son. You go call me your mother.”

Upon referring to their father, an image of Vybz Kartel replaces both Likkle Addi & Likkle Vybz in the background of the respective clips. Tagging his sons in the captions, the Worl’ Boss queries, “@likkleaddi.utg You to?!” and “@likklevybz.utg you deaf!?”

The hilarious meme creation has received a lot of laughter from fans and fellow artists who seem to be enjoying themselves at Likkle Addi and Likkle Vybz’s expense. Jada Kingdom commented, “DWL” while a fan referred to the women as, “cold heart gyal” following that up by saying “I guess any PALMER will do.”

The entire situation is made that much funnier when you take into consideration Likkle Addi’s age. He is only 15 years old. Fans were quick to point out, “like father like son,” age has no bearing. Likkle Addi also recently welcomed a baby boy making the Teacha a grandpapa. Check out both of the extremely amusing clips below.