Lil Wayne’s shared this clip of his son with Lauren London vibing to his song “We Paid.”

Lil Wayne is a father of four, with all of his kids being born from different lady loves in his life. Reginae Carter, whose mother is Wayne’s ex-wife Toya Jackson, maybe the most famous of his offspring, but there is someone else who proves that the apple doesn’t fall at all far from the tree.

In 2009, the “Lollipop” rapper welcomed his son Kameron with Lauren London. The baby was the first for the actress, and the third for Weezy. As Kameron approaches his 11th birthday, he is looking more and more like his award-winning dad and seems to be considering following in his famous footsteps. Tunechi posted a video online of Kam, and his friend Drew dancing along while the rapper did his best Lil Baby impression on “We Paid.” 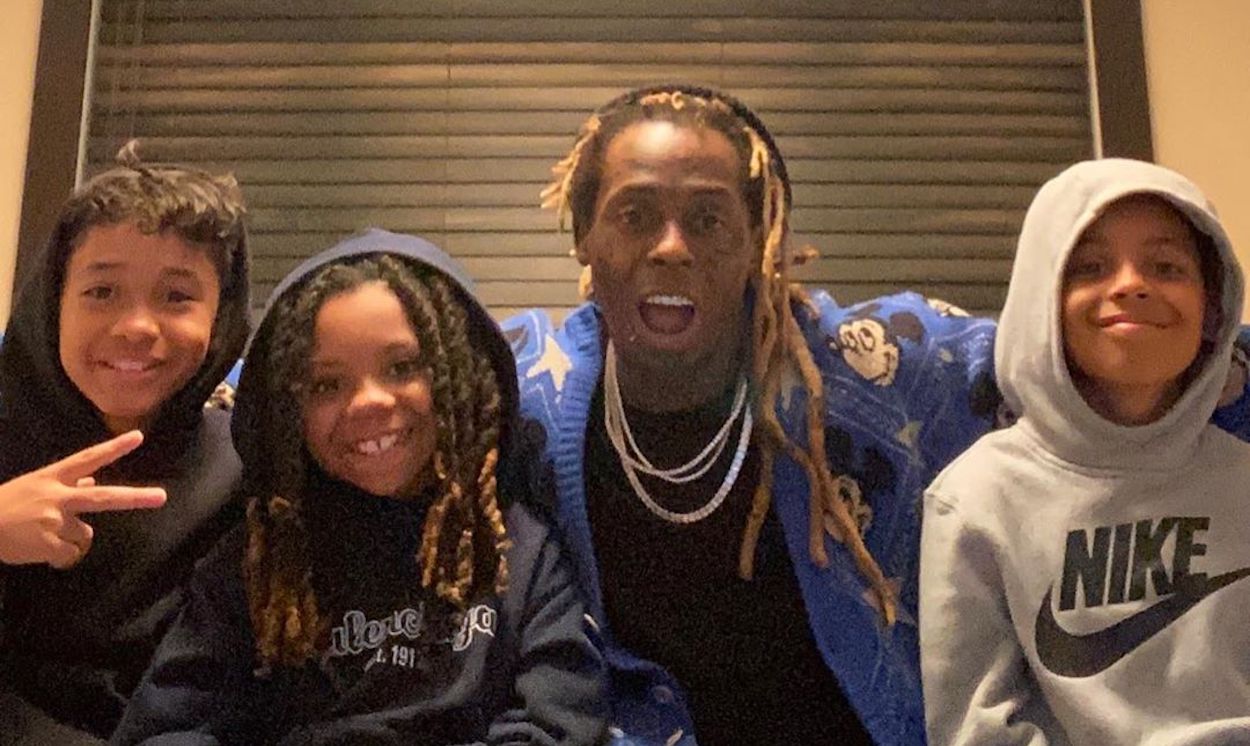 “Killa and Drew my goon squad!” he captioned the clip that had the kids looking like they owned the hood in their hoodies. Two weeks ago, Reginae posted a picture of her dad and brothers to Instagram, and social media could not get over the uncanny resemblance between Wayne and Kam. The kids are all within a one year age gap (born in 2008, 2009, and 2009, respectively), but it is Weezy’s third born who looks most like him thanks to sporting blonde-tinted dreads just like his father.

Lil Wayne may yet become a dad once more, seeing as he is in love with a new girlfriend. Following a failed engagement to Australian model La’Tecia Thomas, he is now dating fellow model Denise Bidot, who recently posted a photo to IG that included a caption where she told the world that she could not stop kissing her new man.

Killa and Drew my goon squad!