Reginae Carter is the oldest child of Lil Wayne and a proud big sister to Kameron, Neal, and Dwayne Carter III. The 21-year-old influencer took to Instagram recently to post a sweet picture and a teasing message to her younger siblings, saying, “Listen here little 11 & 12 year olds, I’m checking females period. Lol My Boys.” The picture, which features Wayne, Kameron, Neal, and Dwayne all cheesing for the camera, drew a lot of attention for how much the kids are starting to resemble their parents.

While fans pointed out that each of the boys looks at least somewhat like their dad, Weezy’s son with Lauren London, Kameron looks almost exactly like his father, down to the goofy smile. People also pointed out that Dwayne looks a lot like his big sister Reginae, while Neal shows a close resemblance to his mom, singer Nivea. 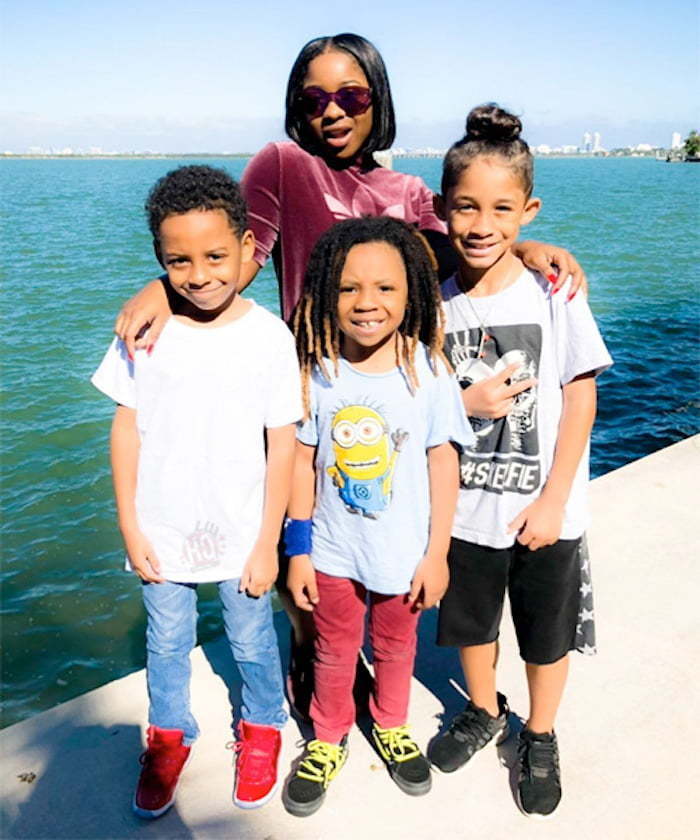 Lil Wayne is known as a highly involved and enthusiastic father, always taking any opportunity to brag about his kids. The boys even helped promote Weezy’s new album in a video he posted to Instagram, where they can all be seen dancing to “Uproar” from The Carter V.

Lil Wayne can usually be found recording his Young Money Radio show with a series of impressive guests, but the rapper announced last week that he would be canceling a planned episode in observance of Juneteenth. However, Tunechi is expected to be back on his hosting game this week and should be returning for a Friday show. Wayne has also made headlines in recent months because of his adorable relationship with model Denise Bidot, who he regularly flaunts on social media and shouts out in his songs. It looks like all is well for the rap legend turned family man these days, and he is certainly taking the time to enjoy his success.