Will Smith denies August Alsina’s claims that he co-signed an affair with the R&B singer and his actress wife.

August Alsina has made a return to social media following a six-month hiatus where he was reportedly ill from his autoimmune disease. August had a major health scare last September when he opened up to fans about his hospitalization and immunotherapy. Now that he’s back, the singer has already stirred up a colossal amount of controversy by claiming that he was Will Smith’s authorized paramour for Jada Pinkett Smith.

Alsina claims that he really loved Jada, who he was with for years and that he sat down and had a talk with Will, who approved of their relationship. “I actually sat down with Will and had a conversation due to the transformation from their marriage to life partnership that they’ve spoken on several times and it not involving romanticism,” the singer said in the interview. “He gave me his blessing and I totally gave myself to that relationship for years of my life.” 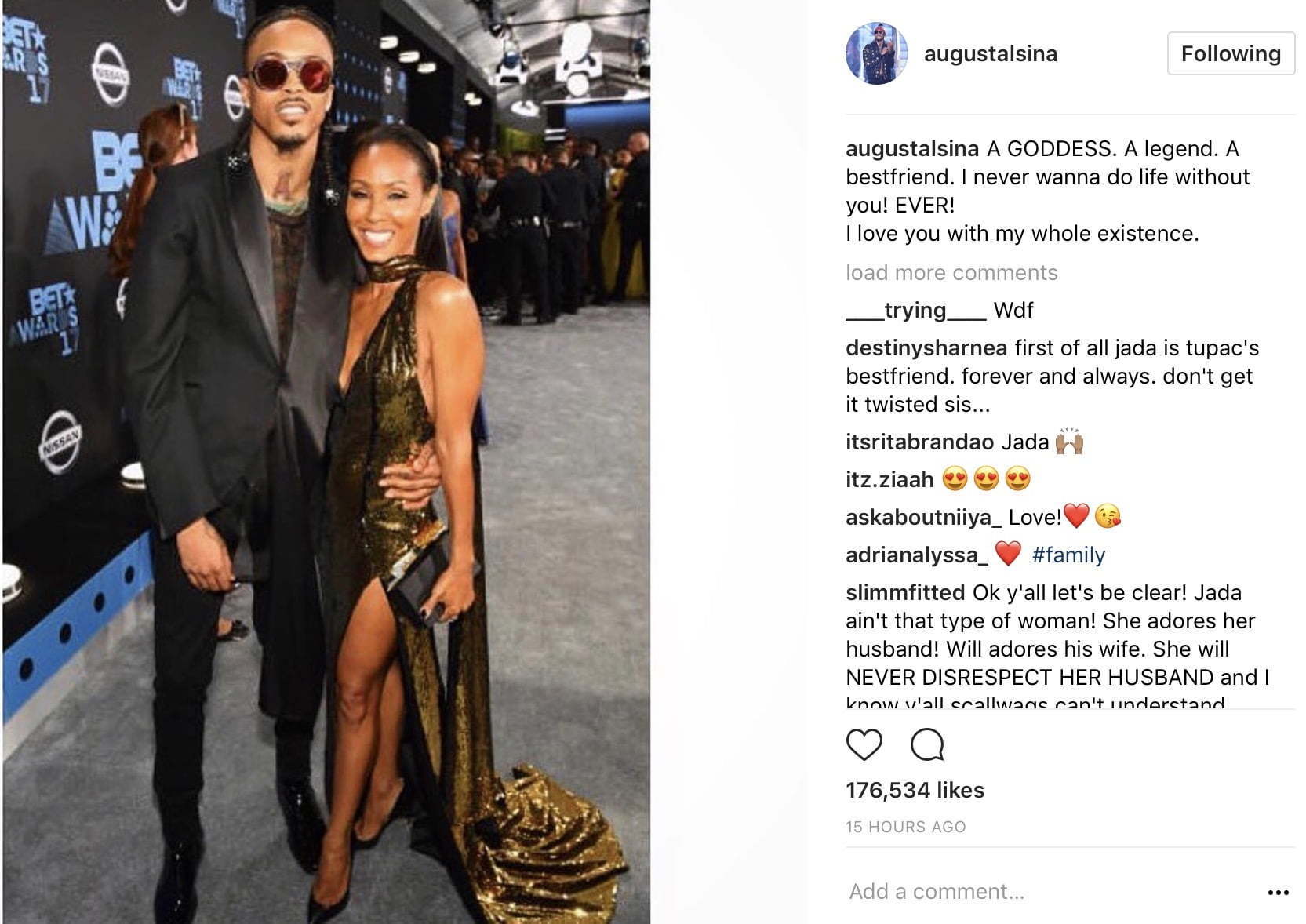 Reps for both Jada and Will are denying Alsina’s outlandish claims, which he made during a recent interview with Angela Yee. Some fans were quick to believe his story just based off of Will and Jada’s history of an ‘unconventional’ relationship. Others thought August Alsina’s revelation was just a bit too timely for their taste seeing as he just released his new album The Product III: StateofEMERGEncy on June 26.

In any case, a rep for Will said the allegations were just “wrong” while Jada’s rep flat out denied it, claiming it was “Absolutely not true!!” according to Page Six. We can’t think of a reason August Alsina would make up such an elaborate scheme that would have his name trending by the end of the interview. Can you? His new 27-track studio album is his first in five years, and gues stars some Southern rappers like Juicy J, Yo Gotti, Lil Wayne, and more.

Though August Alsina’s claims are not only bold but also a bit of a slap in the face to the family that he befriended. One thing is for sure – the controversy is really helping his name to stay in the headlines. Do you think he was being honest about having an affair with Jada Pinkett Smith that Will Smith approved?

Jada And Will: Their First One-On-One Conversation

On this special Father's Day episode, Jada sits down with Will for one of the most intimate and vulnerable conversations the couple has ever shared. Will and Jada reflect on their 23 years of parenting, including the lessons they've learned, the failures they've overcome and how Will's divorce from his first wife shaped his approach as a father and husband. Plus, never-before-seen Smith family home videos and Father's Day surprises from Trey, Jaden & Willow.