Troy Ave is all about action as he demands that Meek Mill permanently eliminate fellow rapper Tekashi 6ix9ine and the late Nipsey Hussle‘s murderer, Eric Holder.

You can definitely tell that Troy Ave has gotten pretty annoyed with all the talk coming from Philly rapper Meek Mill. This is quite understandable though as Meek has become somewhat of an online bully and troll. He frequently uses his social media platform to engage in verbal fights with a number of persons. His number one enemy being “FEFE” rapper Tekashi 6ix9ine. Being one of the most talked-about human beings on the planet, 69 has had more than his fair share of criticism. He is known for his role in a trial that took down members of a gang he was affiliated with. Tekashi ratted out his fellow members to save his own skin and as a result has been dubbed a snitch and a rat by many including, Snoop Dogg and Meek Mill.

Being quite vocal throughout the entirety of the trial, one would think things could not get any worse with Meek. However, fans witnessed an obsessive craze from him as he took daily shots at Tekashi after he was released from prison via a compassionate grant. With 69 being fresh out though, he utilized every opportunity to check Meek over his statements. Tekashi steadily proved he was not one to mess with but Meek has kept up his verbal assault. 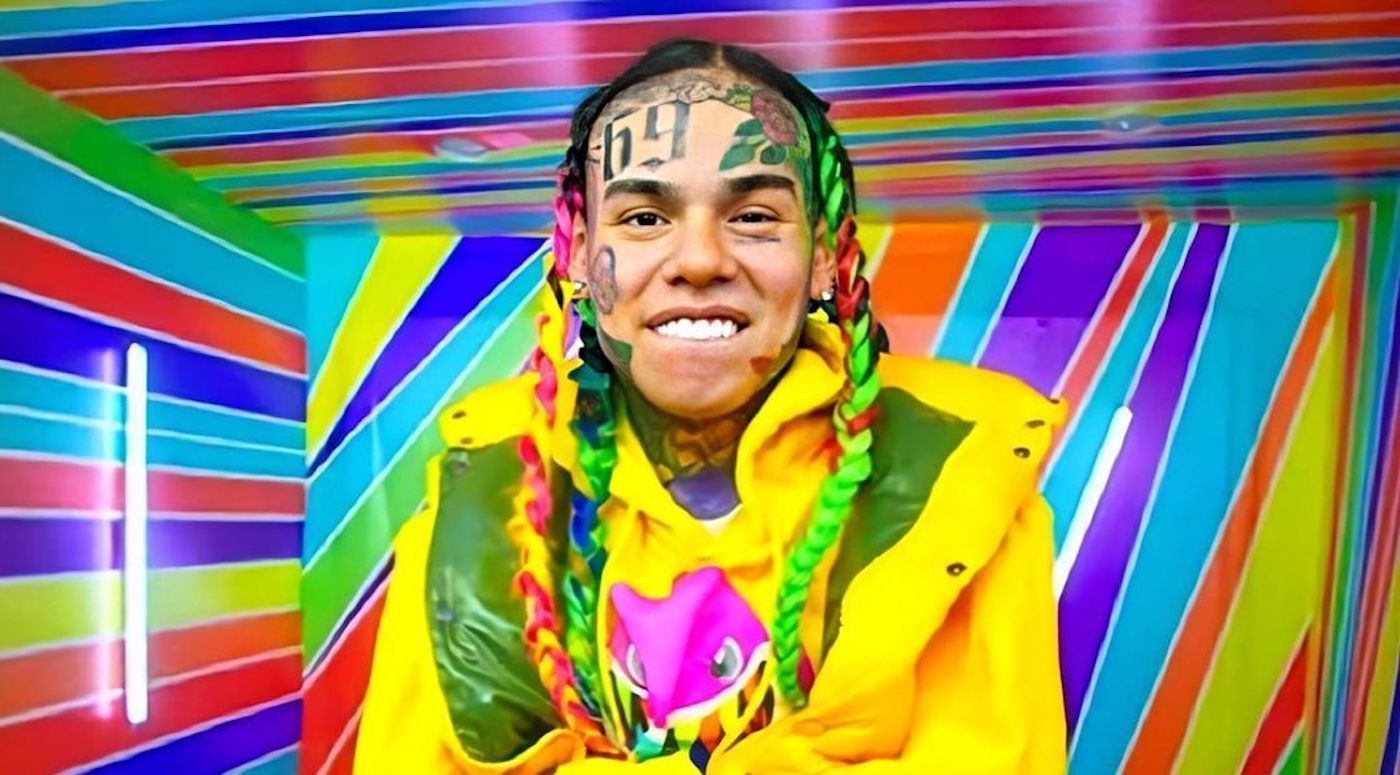 When popular Instagram blog TheShaderoom, posted about Eminem’s YouTube record being broken by Tekashi’s first post-prison video “GOOBA”, Tekashi used the moment to take a shot at Meek. “Somebody check on meek…see if he’s okay,” he commented.

To which Meek responded, “The internet got a witness in witness protection living in a town house that can’t even come outside saying check on me. I’m helping free people you putting family members behind bars…I gotta crush you for the culture you chump! How you sleep at night lol. We control the culture lol and ima set a example lol.”

6ix9ine further defended himself calling out Meek for his beliefs on snitching, dubbing him a hypocrite. He also boldly called Meek a “wanna be Martin Luther King” for not being on the frontline protesting in support of the black community.

Then in a move that would declare him the victor, Tekashi collaborated with Meek’s ex-girlfriend Nicki Minaj, for his second video since being released from prison, “TROLLZ.” This wasn’t the first time 6ix9ine had worked with Nicki as they released the super hit “FEFE” back in 2018. That track now has over 885 billion views on YouTube. This means you can definitely call their pairing a winning combination. However, no one could predict just how huge “TROLLZ” would become. After being ragged on by a large number of people stating that his music would flop, Tekashi definitely had something to prove.

That is exactly what he did when “TROLLZ” debuted at number one on the Billboard Hot 100 chart. Tekashi then took to Instagram to unleash his rage at his critics, with Meek heading the list. Posting videos popping champagne and screaming his head off he stated, “They tired so hard pushing someone elses song. Let the world know what ya did !!!! You cant blackball meeeeee. Im to big of a starrrrrrrrrrrr … oh annddddddd all the fanbases that teamed up to prevent this number one i saw that tooooo.” 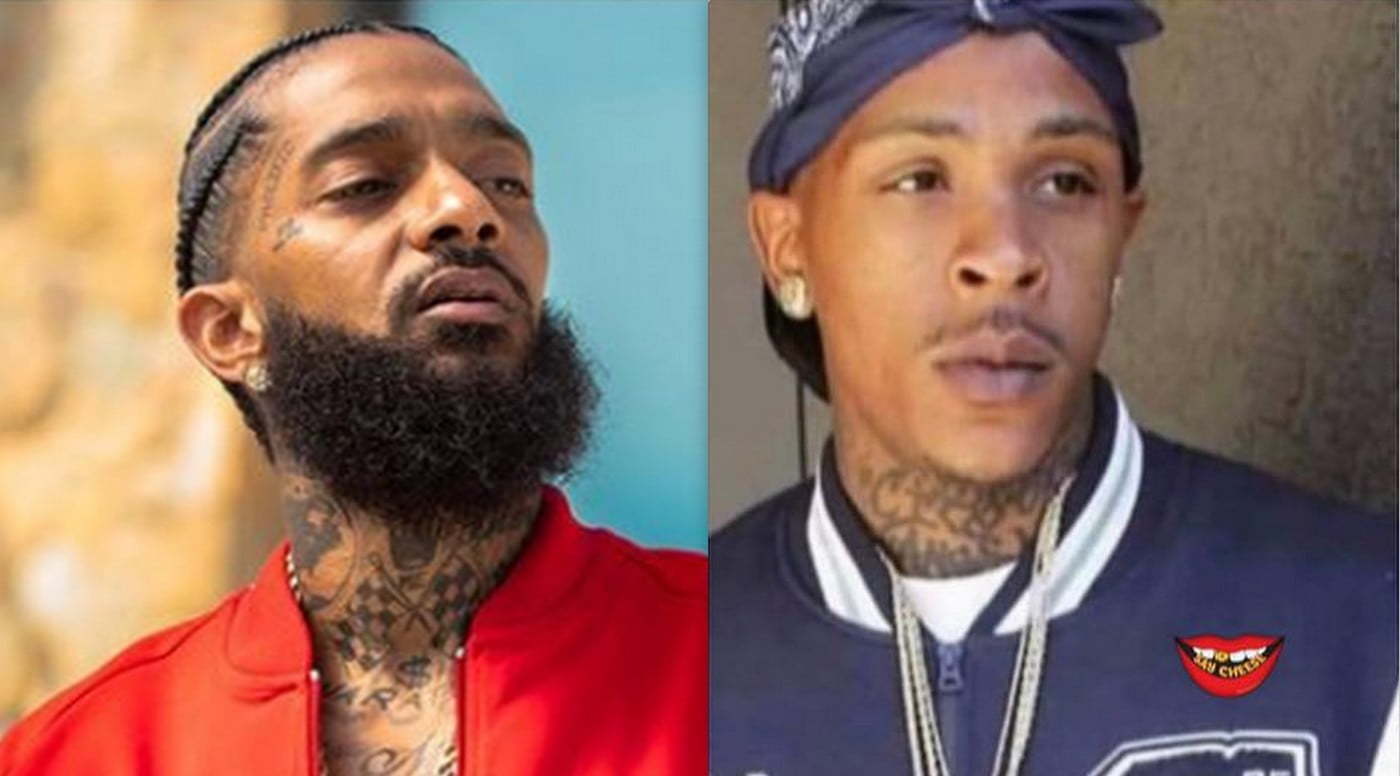 He added, “Debut number 1 with none of you! Haterssss watch this 1 million times hater hater. You can say what ever im number 1 and you cant take that from me i went up against the music industry and won!!!!!!!!! @nickiminaj we are the f*cking monsters of this s*it i love you mommazzz.”

Now, in the aftermath of that whole drama, Brownsville rapper, Troy Ave, states that Meek should just permanently put an end to 6ix9ine. If not, then he should keep his mouth closed. This deadly request took place on his YouTube series, The Facto Show. During the most recent episode, Troy says, “Why the f*ck is Meek Mill going so hard on 6ix9ine? If you ain’t about to about kill that ni*ga when you see him, don’t say s*it.”

He then moves on to criticize Meek for constantly speaking on Nipsey Hussle saying he should also put up or shut up. “Then he say ‘yeah and Nipsey said, and Nipsey said.’ Ni*ga, what the f*ck do Nipsey got to do with this s*it? Nothing at all. If that’s a fact, there’s a ni*ga sitting in jail that killed Nipsey. Bail that ni*ga out and kill him on the streets, if ni*gas are really on some s*it,” he states plainly.

Meek’s fans highly doubt that he would ever kill either party as he has been to jail in the past and would not risk his career once more. Commenting on Troy’s statement they say it’s terrible advice while simultaneously calling Meek out as a “b*tch.” One user shared Troy’s sentiments stating, “Troy Ave made a great point. Ni*gas out here huffin and puffin over a snitch man f*ck that dude let him live the life he has. Or deal with it, else, keep it pushing.”

Now that Tekashi is number one on the charts, let’s see if that will be enough to push Meek over the edge. As Troy states, if you aren’t about to do anything, don’t say anything.