Eliza Reign is taking some new shots at Future ahead of Father’s Day after rejecting his $1,000 per month child support offer.

Eliza Reign and Future have been going at it for months now, and their saga only keeps getting juicier. Father’s Day is right around the corner, and Eliza Seraphin is already getting petty on the Gram. On Thursday, she posted a savage Kevin Hart meme that reads, “The face I make when deadbeat dads celebrate Father’s Day.”

Future’s baby mama drama is nowhere near over with Eliza Reign, as she seemingly unleashes her tyranny over Future’s assets. The Instagram model is quickly earning her title as a savage after she slammed her baby daddy for putting up what she must have been seen as a mediocre offer of $1000 per month to support their 1-year-old daughter. 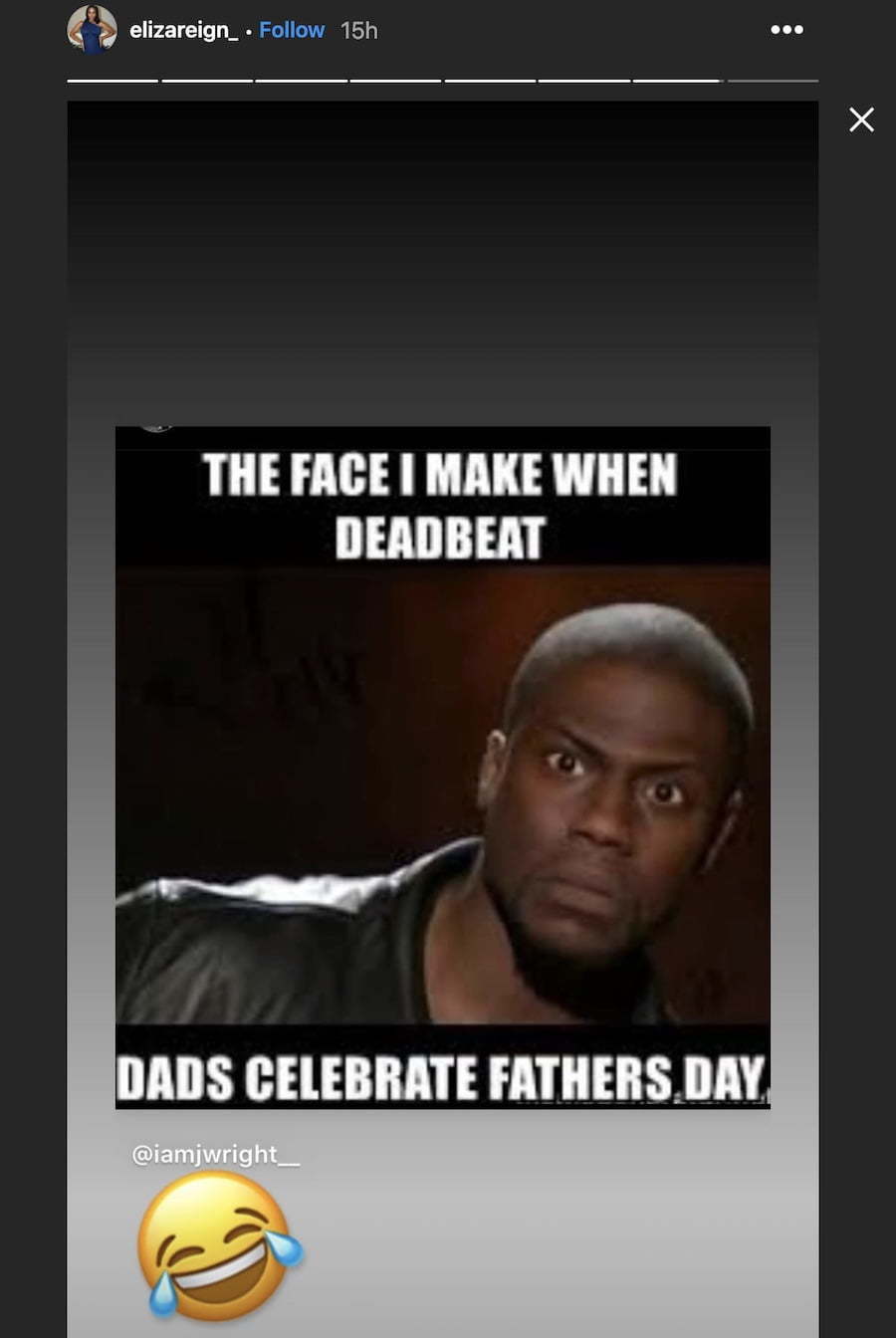 Eliza and her lawyers shot back with a hefty request after rejecting the offer put forward by Future. As stated in documents procured by Bossip, the rapper’s legal team proposed that he would “voluntarily” provide Eliza with $1000 plus cover the baby’s health insurance. Baby mama Eliza would in exchange, agree to not publicly disclose specific information surrounding the case.

However, Eliza is seeking a couple more thousands, even to consider the idea of keeping things quiet. How much you ask? Well, Reign is seeking something to the tune of 53 big ones [$53,000.00 per month].

“…I have discussed your proposed order with my client, and we are NOT in agreement,” wrote Brandon Rotbart who is Reign’s lawyer. “Should you have a reasonable child support amount to offer, I am happy to discuss it with my client,” he continued in the email that was issued to Future’s team earlier this month.

The case has been dragging on for quite a few months now, and according to Rotbart, it is because of Future’s decision to stall on handing over sensitive financial information to verify his total earnings. Future previously testified that he does not know exactly how much money he makes. “Needless to say, I think this is an attempt to delay matters,” Rotbart said. However, Rotbart said in court documents that based on last year’s earnings of $20 Million, as published by Forbes, his client was entitled to the seemingly outrageous $53,000 a month tab.

Both Future and Eliza should meet in court in July to see the best way forward.