Young Buck is asking fans for a buck amidst filing for bankruptcy.

Since being released from jail in January, Young Buck has been in the news for his beef with 50 Cent. That dispute reportedly led to the rapper filing for bankruptcy in an effort to rid himself of the G-Unit agreement that had the shackles around his ankles for years. Young Buck’s beef with Fifty was that the G-Unit co-founder would not let him out of his contract, so he filed court documents asking to “reject any and all executory contracts with G-Unit and/or Curtis Jackson.”

It looks like Young Buck had noticed the headlines mentioning his bankruptcy and the fact that he reportedly only had $100 cash to his name when he came out of jail. Young Buck had reacted to a publication running the story with crying laughing emojis, seemingly suggesting that he was amused by its inaccuracy. However, he recently took to Instagram to ask fans to help him raise money since he is reportedly so broke. Even if it was meant to be sarcastic at first, the rapper seems pretty serious now, even throwing up his cash app and everything. 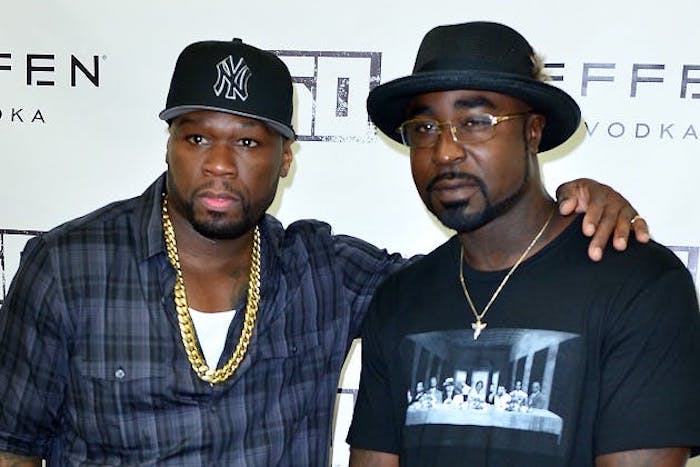 “Breaking news, man,” Buck said in a video he shared to Instagram. “Listen up world, I just seen in the headlines what they were saying, I only got $100 in my pocket, I only got $100 worth of clothes, $100 worth of jewelry — sh*t like that. I figure now is the perfect time to go there and start a GoFundMe. Send me $1, that’s all need. Just $1, man.” The reports also suggested that Young Buck’s only financial support was his girlfriend. Instead of denying any of it, he decided to use the opportunity to start a “buck for Buck” initiative.

He continued, “I guess everybody checking out the headlines about me only have $100 in my pocket…so I put my Cash App up y’all. One buck for Buck, man. That’s all it takes, man. Let’s fix this. I almost got a million followers so one buck for Buck, let’s see what it do.”

Young Buck was clearly being somewhat facetious in the video, which makes it hard to tell if this new initiative is a defense mechanism brought on by embarrassment that just happens to be very convenient for his situation or if the rapper is genuinely asking because the reports are true. Will you be supporting the “buck for Buck” GoFundMe?