Wiz Khalifa and his son with Amber Rose, Sebastian, is were twinning on the Gram.

In 2013, Wiz Khalifa became a father when his then-wife, Amber Rose, gave birth to their son. The model and the hip-hop artist began their relationship in 2011 and got hitched two years later. Although they divorced in 2016, citing irreconcilable differences, the formerly married pair continued to share joint custody of their son, Sebastian Taylor, who is nicknamed “Bash.” The little boy is the apple of his dad’s eye, and Wiz showed him off to the world in his latest post on Instagram.

Stunting alongside a vintage Mustang, Bash holds his father’s hands as they both crouch and pose for the camera. Another photo shows the pair embracing, with the “See You Again” rapper’s arms wrapped around his boy and his eyes closed, while Bash looks fly in his shades. “Cruise life,” Wiz captioned the pic, including the hashtag ‘Taylor gang’. 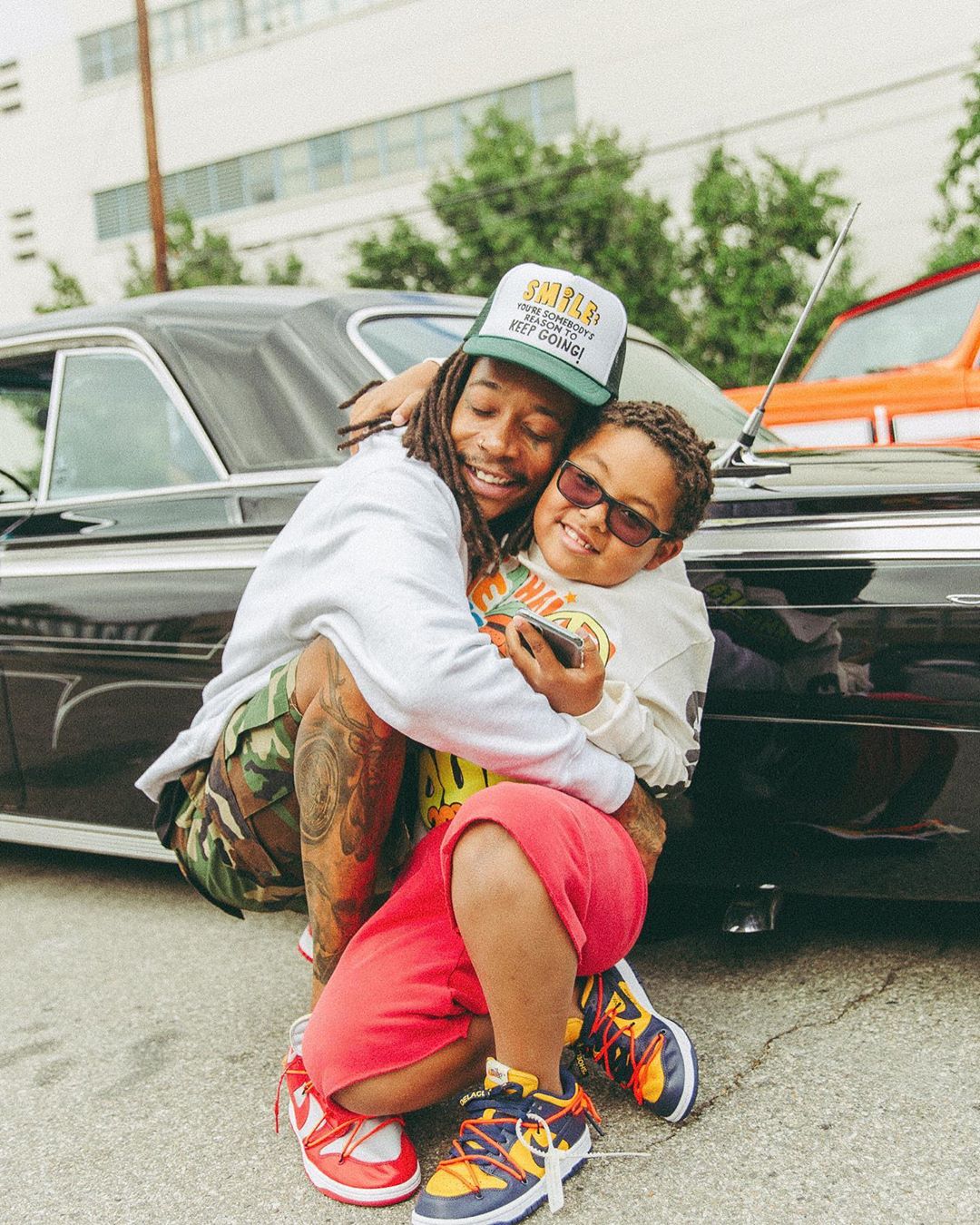 The vehicles may have served as an impressive background, but all eyes were on the 7-year-old who is fast turning into a young man. Amongst the almost 5,000 comments was one from Kehlani, who remarked that Bash is now huge.

Despite being divorced and Amber currently being in a relationship with Alexander ‘A.E.’ Edwards, Bash’s parents have been spending time together as a family unit while in COVID-19 quarantine. Wiz Khalifa even added another member to the gang — an adorable white dog. The 32-year-old introduced the puppy to the public by sharing a video to his Insta of the little guy nibbling on his nose and asked fans what he should name the furry friend. Amber is, of course, already a mom of two as she gave birth to her son Slash in October, and recently shared with her followers the anxiety she feels about raising two black men during a time when the African-American community is so targeted by police brutality.