There is a royal birthday going on in the Brown household.

Six years to the day, Chris Brown became a father when his daughter Royalty Brown was born. The little girl’s mother is Nia Guzman, and she has been daddy’s main girl since day one. Royalty often shows up on Chris Brown’s Instagram feed, and he even names his seventh studio album after the little one. During an interview with Ryan Seacrest in 2015, the then-26-year-old shared how his daughter had made him more patient.

As she now turns six, the “Say You Love Me” singer paid tribute to Royalty on the ‘gram by posting pics of the pair and a message which confirms just how much he loves his firstborn. “YOU ARE THE BEST PART OF ME!!!! DA QUEEN…. WE GOING UP….. I WANT THE WHOLE WORLD TO KNOW! HAPPY BIRTHDAY,” wrote the doting dad. 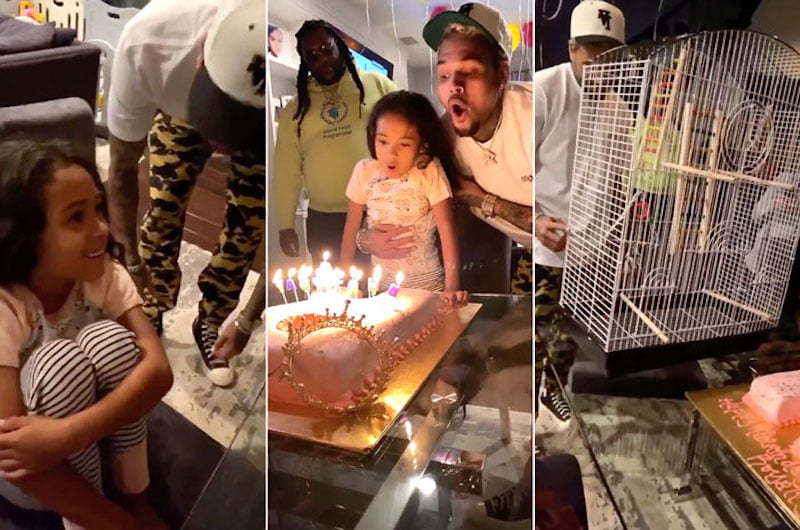 While Royalty has turned 6 YEARS old, Breezy’s youngest child, whose mom is his girlfriend Ammika Harris, just celebrated his 6 MONTH-aversary. Aeko Catori Brown was welcomed into the world on November 20th last year. Nia shared in an interview with Hollywood Life that Royalty adores her baby brother. “She’s such a daddy’s girl,” Nia said. “She keeps asking when she’s going to see [Aeko] next and she’s always wanting to watch videos of him.”

There is no doubt that Chris is going to make his little girl’s big day as special as he can.