Kim Kardashian has seemingly reacted to reports that she and Kanye West have been going through it during quarantine.

It’s been six years of keeping up with Kim and Kanye West. One of Hollywood’s royal couples had a mini celebration this Memorial Day weekend as they marked six years since walking down the aisle. Kim Kardashian and Kanye West had been friends for many years before taking their friendship to a romantic level. The “Closed on Sundays” rapper did not skimp when it came time to propose to the reality star, which he did on her 33rd birthday.

Kanye West booked out the AT&T Park in San Francisco for the occasion and had invited Kim’s family and friends to witness him go down on one knee. Seven months later, on May 24, 2014, those same loved ones traveled to Florence, Italy, to see the couple exchange vows in a lavish ceremony at Forte di Belvedere. The bride and groom wore Givenchy and Caitlyn Jenner — who was still then known as Bruce — walked his stepdaughter to the alter while Andrea Bocelli sang. While it was Kanye’s first time saying, “I do,” it was the third marriage for Kim Kardashian, who had previously been wed to music producer, Damon Thomas, and NBA star, Kris Humphries. 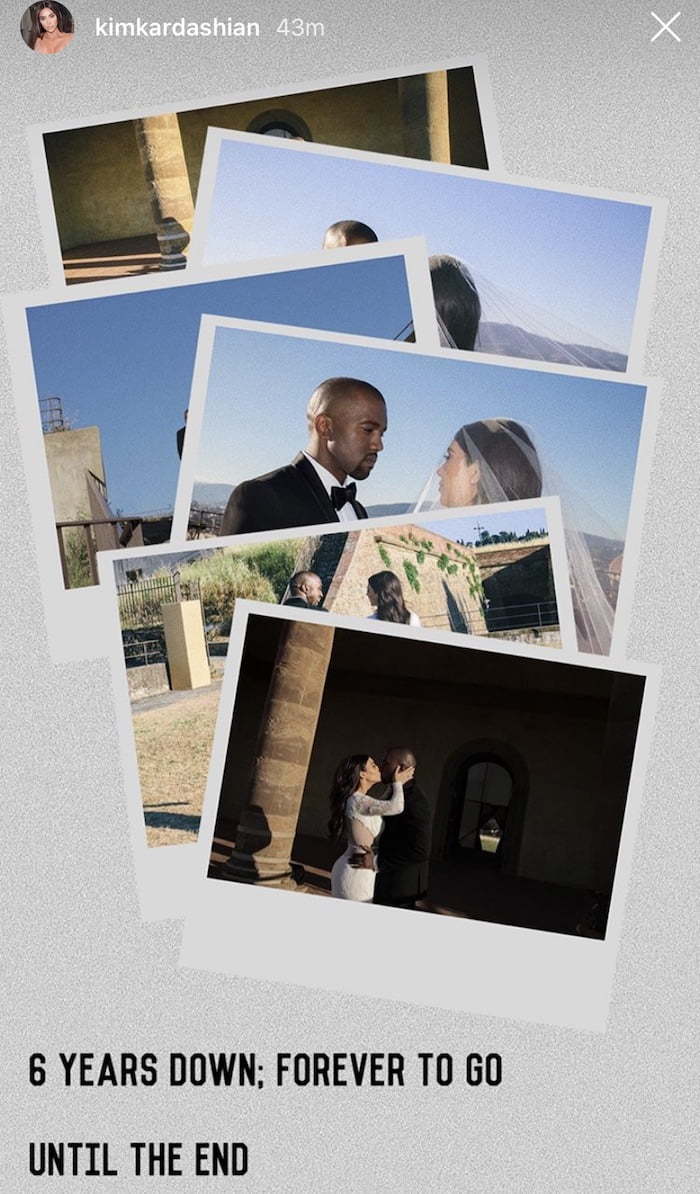 Six years on, the power couple are regarded as one of the most affluent in the industry and are parents to four children. “6 years down; forever to go. Until the end,” wrote Kim on Instagram, alongside two pictures that showed the couple back in the day. Kim’s sister, Khloé, commented, “Long live KIMYE,” using the pair’s portmanteau, while her mother, Kris Jenner, penned, “Happy Anniversary to these two!!! I love you guys!!!!!”

Like most other couples around the world, Kim and Kanye have been spending time together in quarantine, which has included bonding with their kids North, Saint, Chicago, and Psalm, as well as taking walks and watching movies. Rumors of late have claimed that there was trouble in Kimye’s marriage, but the latest Insta posts seem like all is well.

6 years down; forever to go Until the end

Happy Anniversary to these two!!! I love you guys!!!!! ???? @kimkardashian #KanyeWest