Tekashi 6ix9ine’s ex-girlfriend and baby’s mother is speaking out against the mother of the rapper’s other child for coming at her side ways.

Recently convicted rapper Tekashi 6ix9ine apparently learned a thing or two from 50 Cent before he disowned him. Sarah Molina, Tekashi’s former significant other and mother of his child was live on Instagram recently throwing shots at the rapper’s alleged other baby mama. During the rant, she talked about 6ix9ine trying to play the woman and treating her like a “h*e.” Molina and the other baby mama who 6ix9ine allegedly conceived a child with while still with her were even at one point both in the Instagram session arguing live.

Molina is the mother of the 4-year-old daughter that Tekashi 6ix9ine actually owns up to. While she explained all the ways that the rapper didn’t “give a f**k” about this other woman Layna, she said he even planned to skip out on child support with methods he learned from his former “father” 50 Cent. 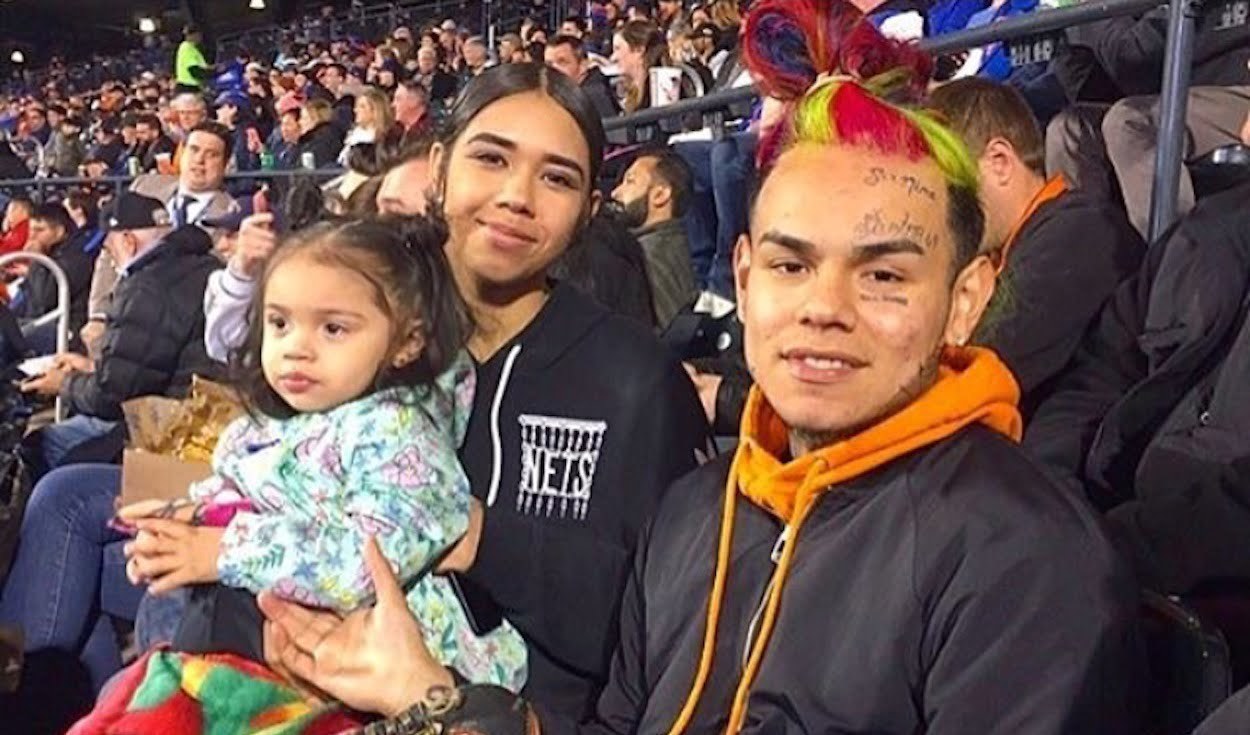 Molina also said that Tekashi’s other baby’s mother has been jealous from the beginning. “You been jealous. Top jealous since day one b***ch. Danny never f***king chose you, she said. “Even if I woulda left him he woulda never been with you.” Sara told the woman that she had no reason to come at her the way she did. She says she tried to be genuine and be there for her and offer her some support but she “switched up ” and “came at her crazy.” “You a f***ing lost cause,” Molina said.

Elsewhere in the Instagram live, Sarah’s mom seemed even more furious with this other woman Layna than she was. “You got my mom all upset. B***ch.I really wanna beat you up now. I don’t even have to do it, I think my mom wants to do it.” She went on, “I tried to come together with you stupid,” while her mother continued venting on top of her voice in the background. “My mom will f***ing kill you b***ch, like don’t do that. It won’t even be me. You see what you just started? Look, my mom is wilding and I dare anybody to come out here ’cause we will back it out on y’all. Like, we don’t play here.” Sara told Layna that even she cares more about her more than her baby daddy (Tekashi) or his family ever did.

Do you think 50 Cent really taught his recently disavowed son how to evade child support through charities?